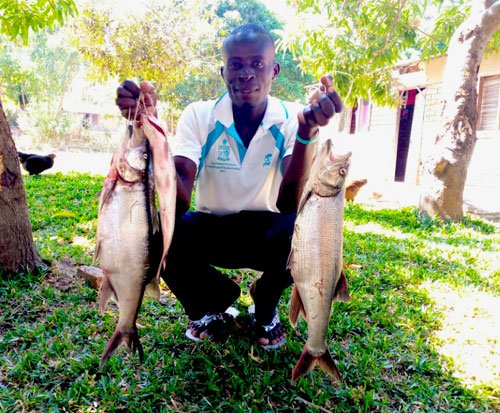 Melvin is a fish trader from Nkhata Bay District in Malawi. The 35 year old has three children and since 2011 has been making a living from selling fish. He used to sell Mpasa and Chimwi fish but eventually had to sell whatever fish he could as it was rare for fisherman to catch these in recent years.

Melvin said, “If fishers managed to catch these fish, they were always smaller and when I asked why, the fishermen told me they were using smaller mesh nets. This has led to the decrease in fish catches and fish sizes.”

Since our Fish for Tomorrow project, Melvin has been able to buy and sell bigger fish. He believes that the closed season and that fishers now use 4 ½ inch nets has made all the difference. Melvin continued, “My father remembers seeing on the Fish for Tomorrow leaflet that bigger fish equal more money. It is thanks to Ripple Africa together with Fisheries Department that fishers have changed their mindsets and malpractices.”