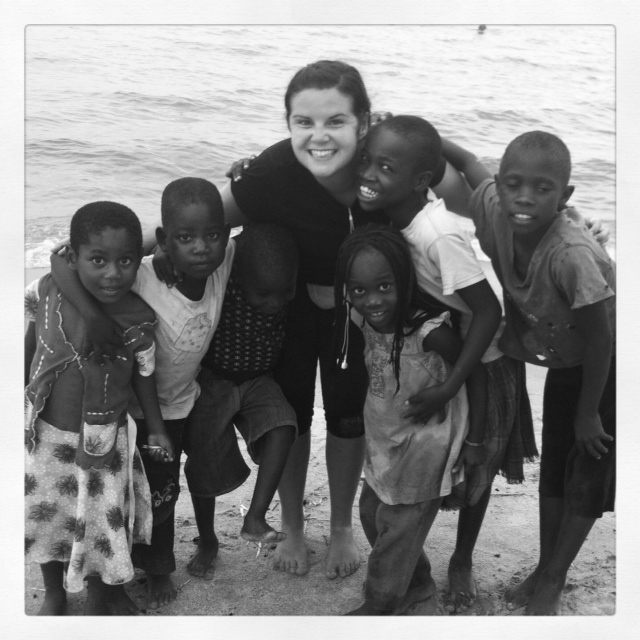 I’ve been back in Mwaya for three weeks now and have settled back into life here again. I have decorated my wooden chalet with some pictures from my travels in December and have made it a bit more homely. My evening runs along the lakeshore have started up again and I feel fitter again already. Every time I run along the beach I have a group of children that accompany me…they think its so much fun running with me…they love trying to race me as well so they make me work a lot harder than i want to most nights!

My January training has started by running along the beach in the evenings…but I always have a few helpers to the finish line!!

We have now moved into the rainy season so it rains most days for about an hour and then it’s usually clear and dry for the rest of the day, but over the past two nights we have had amazing thunderstorms where the noise of the thunder booms around my chalet…quite scary!! I stayed out last night on the beach and watched a thunderstorm over the lake – it looked like it was towards Mozambique so thankfully it was nowhere near me but it was quite spectacular to watch as the lightning bolts lit up the sky. The lake looks so pretty at night as the fishermen take a light out with them so when you look out on the horizon all you see is a line of bright twinkly lights. This is the reason Livingstone named Lake Malawi as the ‘Lake of Stars’ – it really does look magical on a clear night. 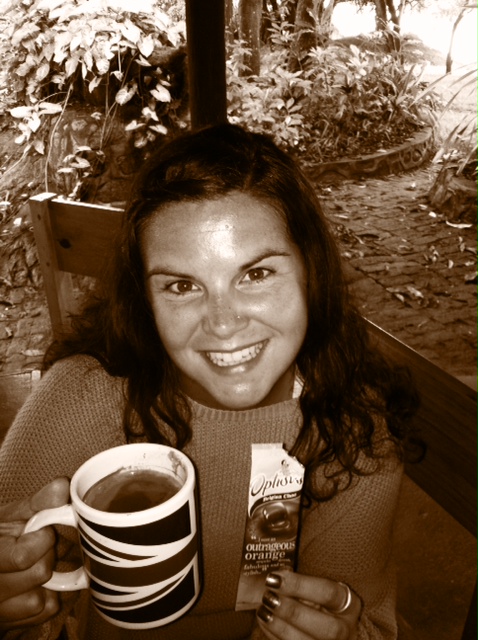 A little taste of home every so often is so nice…especially on a rainy day!

I have found that when it does rain here, things seem to come to a halt. The local people don’t have cars to get around so they have to rely on their feet or, if they’re lucky, a bicycle…so I have learnt to realise that if it is raining then whatever I have arranged might not go ahead. 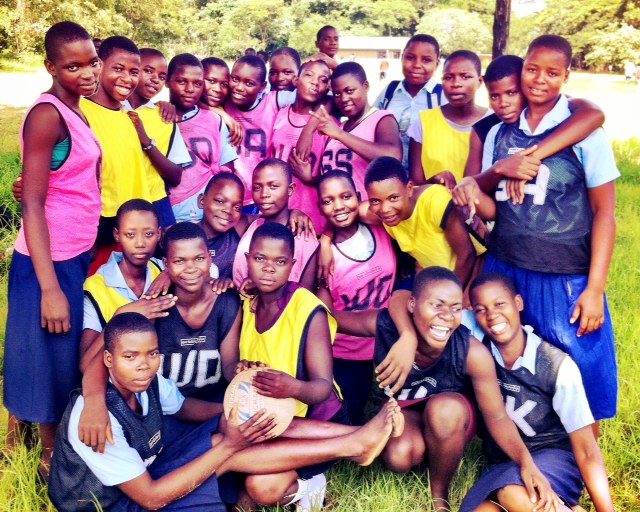 The girls’ netball teams train regularly on a Tuesday and Thursday and have really improved since the beginning of the school year. The girls are great fun and enjoy playing so much…makes it a pleasure to work with them

School is going well and at the moment I am teaching all of the forms volleyball. They absolutely love it and have got a lot better since the start of term…they had a staff versus students volleyball competition last week and the teachers were victorious…but only just!!  Sports clubs have been going well, and I have started a new girls’ football club this week on a Monday so hopefully that will be popular…we had 18 this week so it’s a good start. I have also set up a debate club! I have never been involved in a debate club before but the students wanted someone to run one so I volunteered…I’m learning as I go along but this week’s topic is ‘single sex schools are better than co-education’. The students have taken it really seriously and have enjoyed researching and choosing their points of persuasion. The idea is that it will help them to improve their spoken English and also to raise their confidence when speaking so I will keep you posted on how it goes. 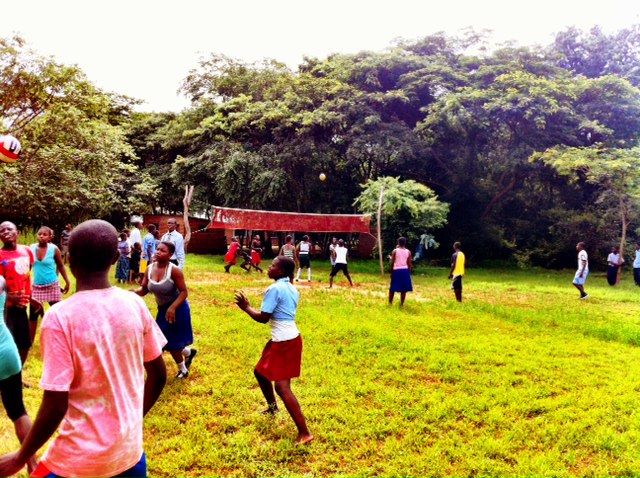 Volleyball at Kapanda! I’m teaching Forms 1 to 3 volleyball in their PE lessons at the moment after we made two courts to play on. The students are loving it and have very quickly become skilful players

I spend my Tuesday mornings each week visiting one out of the eight pre-schools that the charity supports. I try to get to a different one each week and bring some resources with me to play games or read a story, etc. This week I brought my mini speaker along and at the end of the session we had a little disco…the children were so cute and I wish I had got a video of them dancing…but I was too busy dancing myself!!

I had a funny experience last Friday morning at an Under 5’s clinic. This is a clinic that bases itself in a different village pre-school each week and all the local mothers bring any of their children under 5 years old to be weighed. This is to check their growing progress and to keep an eye on their weight. The weights are recorded and any child who is under- or over-weight is referred to the healthcare assistants. The children are wrapped in chitenjes (big scarves!) and are hung onto the weighing scales…it can be quite a challenge keeping some of the children inside them as they wriggle out of them so easily! It is such a lively morning and the mothers sit and sing songs while they wait – really quite an experience!! 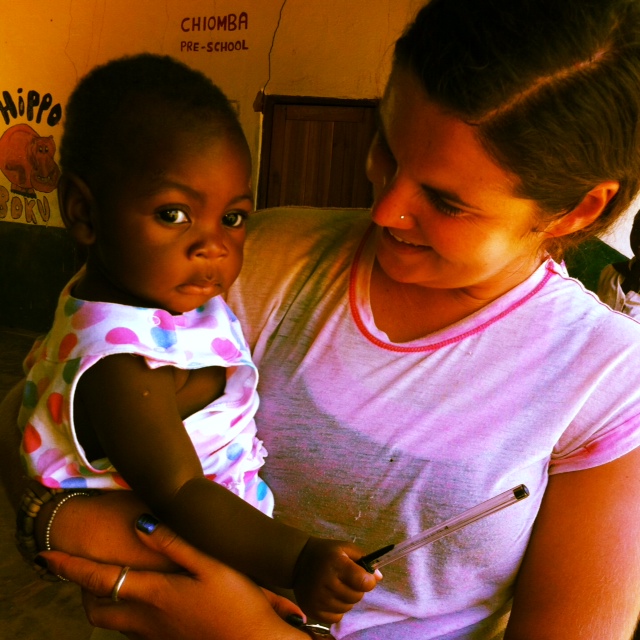 This is gorgeous baby Faith that I managed to steal off her mum for a cuddle at Chiomba Under 5s clinic. A busy, hectic but fun morning

It was gorgeous and sunny last Saturday so, after getting on my bike in the morning to deliver a drum to one of the local pre-school teachers for their school, I spent the afternoon on the beach. I went down to read my book originally, but as soon as I opened it I was surrounded by four little heads saying ‘hello’. They were fascinated with my nail varnish so I spent the afternoon opening Mohan’s beauty parlour and sat there painting nails!! The girls loved it and were very pleased with the results…my painting left a lot to be desired though. Two of the older girls asked me if I could help them with their maths so I’ve set up lessons twice a week with them to try and help. 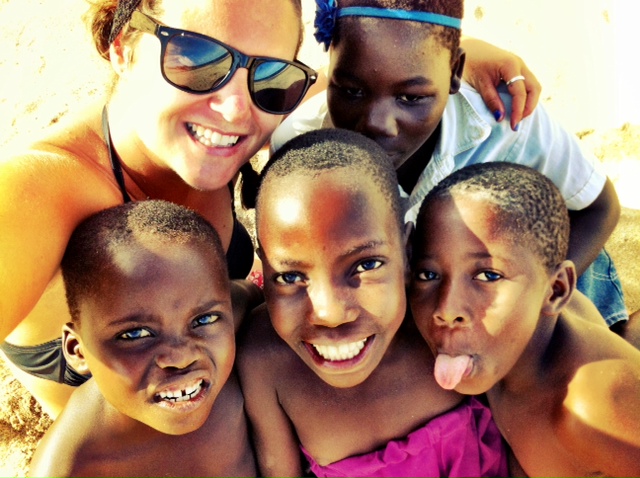 An afternoon of painting nails on the beach…these were my customers!! 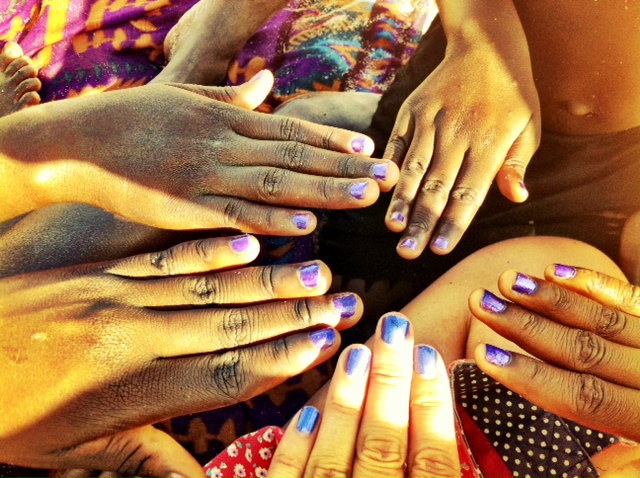 That is the wonderful thing about the children here…their desire to better themselves and really improve their education. It is so special to see that in young people and it makes it very hard to say no! With that in mind I have also added another day a week for the reading club that I set up with the Form 1s so the children here are definitely keeping me busy. I don’t mind in the slightest though as they’re so eager and so thankful for your time – it is actually a pleasure to work with them.

So that’s about it for an update from me…but I will write again soon!