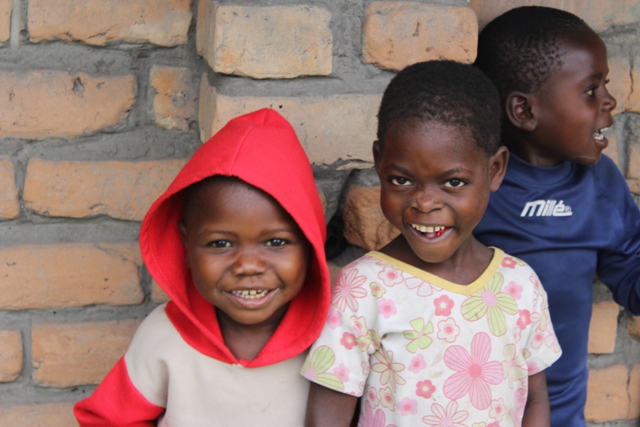 “This is our second week with RIPPLE Africa and after a slightly more hectic first week, things have settled down to a more leisurely pace at Mwaya Beach. No more live bug eating, roof rattling storms, bumpy rides to Mzuzu or flurry of visitors. My accident prone wife, Abby (falling off her bike, slipping in the lake, tumbling down the stairs and the occasional wasp bite) and I have settled into somewhat of a routine; Abby has been alternating teaching at the various pre-schools: Mwaya, Mazembe and Katentere. A particular hit with the kids seems to be ‘I’m a little tea pot’, with a few rounds of ‘duck duck goose’, or as they call it here ‘cat cat dog’ and some ‘hokey pokey’ to finish off. She then visits Mwaya Primary to conduct reading lessons with some of the higher standards.

However, a civil servants strike was announced this week thus the schools have been closed so the Art classes she had scheduled have been put on hold as has any further teaching. However, despite the strike and mid-term break at Kapanda, I have been conducting computer lessons for Mwaya primary staff in the morning, rotating the teachers on two computers over a few hours in the morning and then heading to Kapanda to do the same for the Kapanda secondary staff in the afternoon. Although this week has been a lesson in ‘African time’ as last minute reschedules and cancelations have made me resign to a somewhat more fluid schedule. However, there seem to be plenty of students willing to fill in the gaps with various tutorials for this and that which has been a fun challenge. Similarly I have been helping Burton with the Mwaya adult literacy program which appears to be going strong.

Other news this week includes a pair of American missionaries arriving from south Malawi and Catherine showing them the ins and outs of the Changu Changu Moto project of which they proudly constructed three in one day. The Kapanda Wildlife Club has been down to help out around the property and even received a lecture from Dan on some of the environmental issues. An update on the staff buildings at both Kapanda and the Dispensary is that they are at the roofing stage. And John (Hospital) Chipatala, one of the night watchmen, has just welcomed in a new baby girl. Charlie has been backwards and forwards from Mzuzu and is there now, leaving Abby and I the only chalet dwellers at present. However, the weather is sunny, the lake is clear and serene, the food is delicious and the gin and tonics are chilled and refreshing, so who’s complaining. BTW Arnold says hello, or rather timonene. That’s all from Mwaya Beach this week!”