Claudia, the Miracle Worker, and John, the Determined Patient 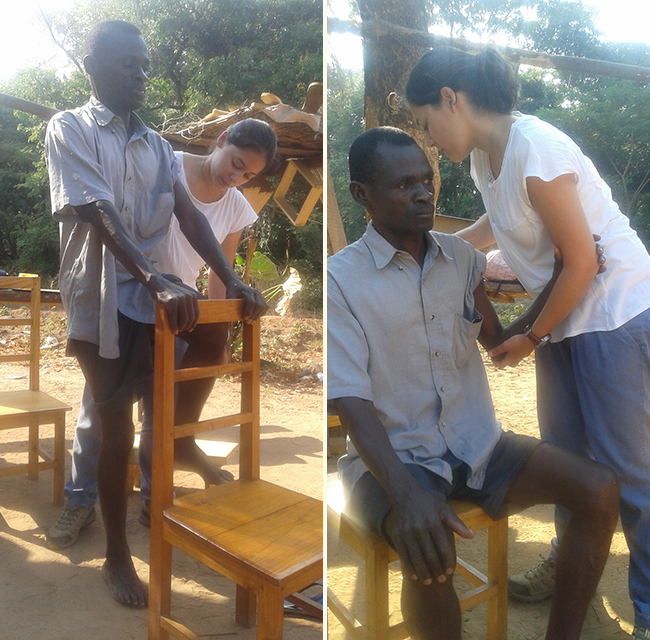 Claudia is the newest volunteer to arrive. A physiotherapist from Portugal, Claudia was keen to get out into the community and see where she could help.

Recently, one of RIPPLE Africa’s carpenters, John, had a stroke which resulted in him losing a lot of the movement in his left side.

When he was discharged from hospital, Charlie and I went to collect him, and it was upsetting to see how much the stroke had affected him. But then the thought crossed our minds that Claudia was arriving within a week and potentially John could be her first patient.

John is 52 years old, only a couple of years younger than my dad, and has worked for RIPPLE Africa for 11 years. When I found out how old John is and that he could be my father, I thought about what life would be like if my dad had a stroke and couldn’t access any physio to help with the rehabilitation. One of my close friend’s father also had a stroke last year and, without physiotherapy, he wouldn’t have made the progress he has made either.

Claudia visited John and his family with Dan, the volunteer coordinator, and, after the first initial assessment, Claudia devised a work plan and arranged to go to John’s house every day to carry out physiotherapy with him.

At the end of the first week I asked Claudia how John was getting on, to which she replied that he was making great progress. Now it’s hard to know what constitutes as great progress and, although I didn’t admit it to Claudia, I was a little sceptical at how much progress John could actually have made considering the way he was when we’d picked him up from the hospital. I asked if I could accompany Claudia on one of the sessions and watch-in so I went last Tuesday, and he isn’t just making great progress, he’s making amazing progress. Claudia is working miracles – she really does have magic hands.

The session lasted just over an hour and, during this time, Claudia worked primarily on his left arm and leg. John is also set a number of tasks to practice when Claudia is not there, and at the end of the session he even went for a little walk. It really is incredible. 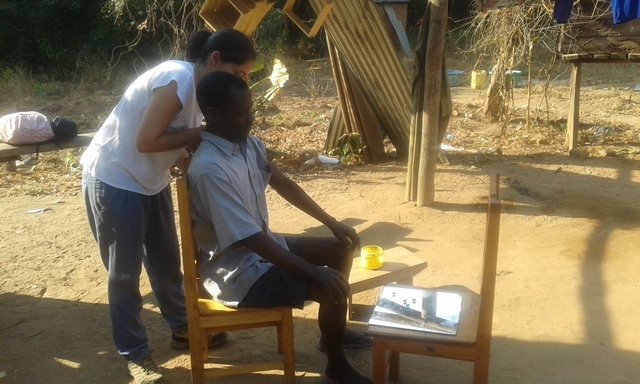 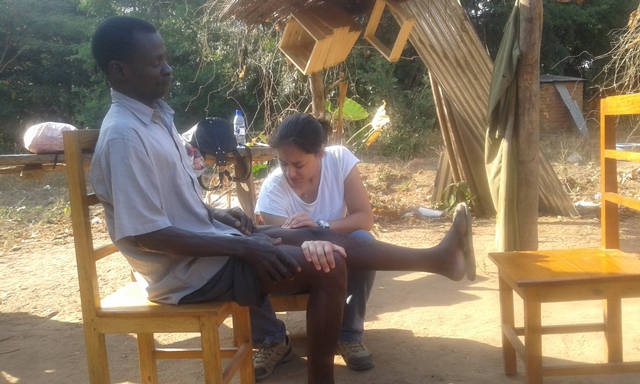 So John is a carpenter, but will he ever be able to go back to work? Claudia and I had quite a talk about the extent of the stroke and the damage it has caused when a lightbulb moment happened. I don’t want to give too much away, but there’ll hopefully be another positive post on John and his progress really soon!

And that means you’ll have to keep reading the blogs to see if John gets back to work!