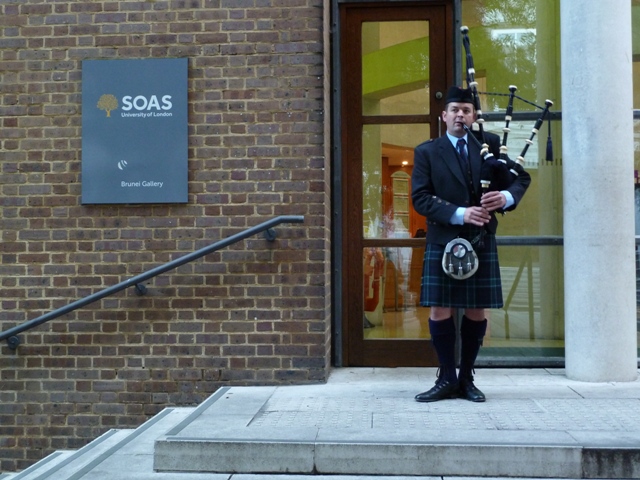 It’s a milestone in RIPPLE Africa’s history: we have completed our first decade as a charity! From very humble roots to a charity which is firmly established today, we’re so proud of our story. To reflect on all that has happened, we’ve made our best video yet! This special video tells our story from the very beginning, in the words of so many of the people who have contributed to the charity’s growth.

We couldn’t have done any of this without the hundreds of volunteers, donors, and staff who have all done their part to make RIPPLE Africa what it is today. To say thank you and to celebrate, RIPPLE Africa hosted a 10th Anniversary Celebration Party on Saturday 7 September 2013, in London. We chose SOAS as our venue – the School of Oriental and African Studies – and invited each and every person who had helped to make a difference to RIPPLE Africa over the years. We were delighted to be able to celebrate this great event with over 130 special supporters on the night. Many of the guests who could make it were from the UK, but we were blown away that some guests travelled from even further, including Denmark, Belgium, and the USA! We also had many important supporters across the world who couldn’t make it, but sent their good wishes from afar. 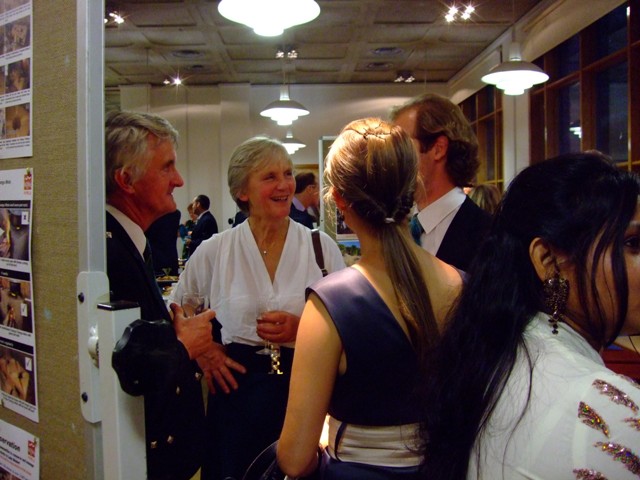 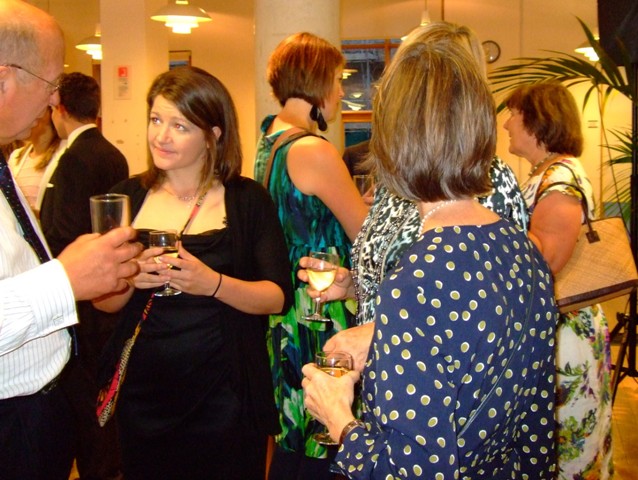 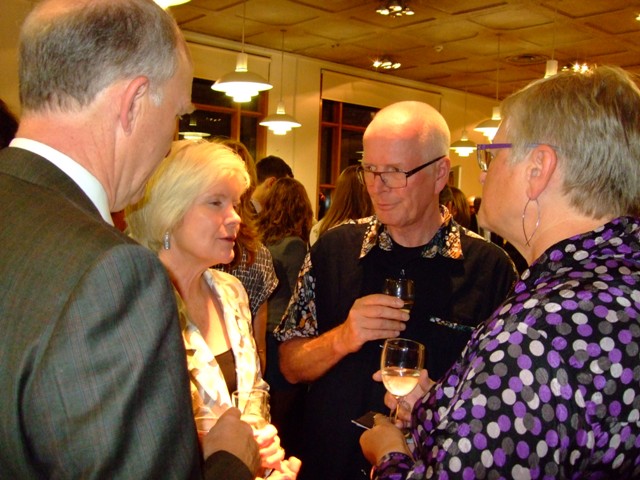 The furthest travelled though had to be our Malawian guests. The 10th Anniversary Celebration was made even more special by the inclusion of three members of RIPPLE staff – Force, Morton, and Catherine – who are all managers with our Malawi team. The charity flew these three to the UK just for the occasion! The trip was the first time that Force, Morton, or Catherine had ever left Africa, and they were greeted at the 10th Anniversary Celebration party by 130 people who couldn’t wait to speak with them and hear what they thought of their experiences in England for the first time! 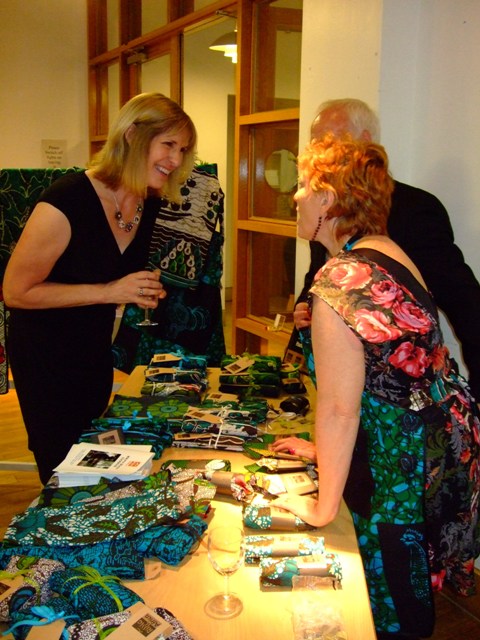 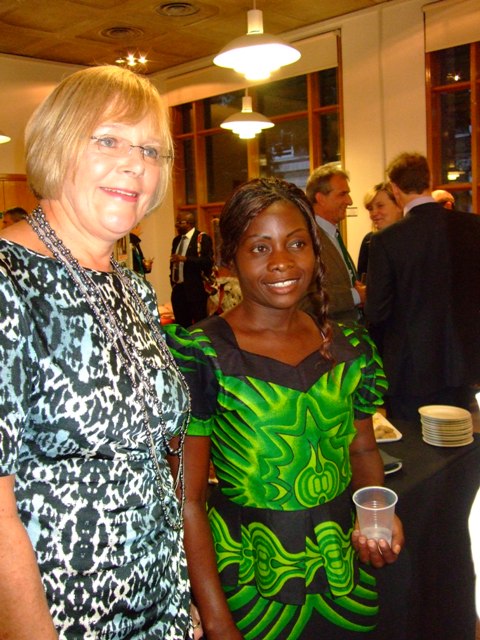 On the night, guests were piped in on arrival by Pipe Major Ryan Canning, and the bagpipes were a special treat for some of our Scottish supporters who travelled down to London just for the occasion. Everyone then spent over an hour and a half mingling, eating, and drinking while listening to African music. Guests also did a spot of shopping as they browsed through some of the special chitenji items we had for sale, and also learned a bit more about the charity as they looked at pictures and posters of RIPPLE Africa’s many projects in Malawi. The evening then moved on to a special showing of the video above. Sharing the video at the party was a real highlight. Guests recognised people in the video who they’ve loved and worked with, projects they have supported, students they have known, and the crowd laughed and smiled as they enjoyed seeing so many of the familiar faces which have made RIPPLE Africa so extraordinary to so many people. 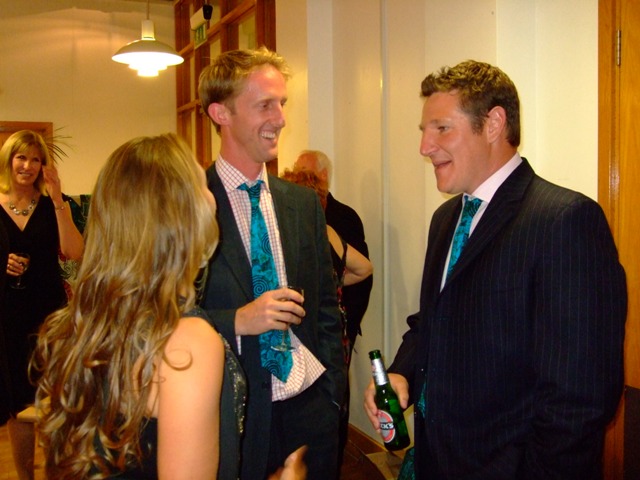 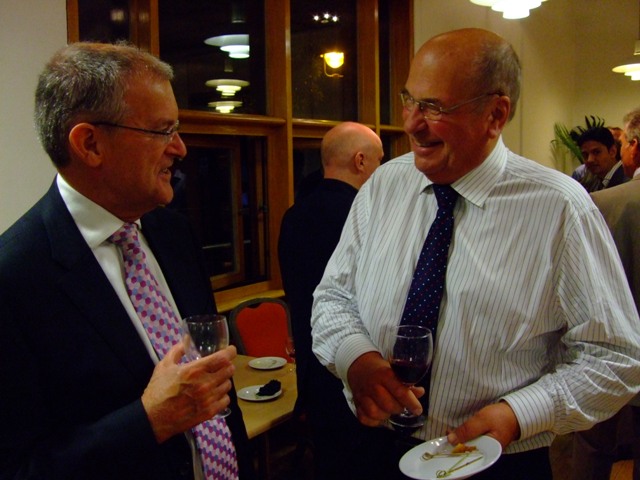 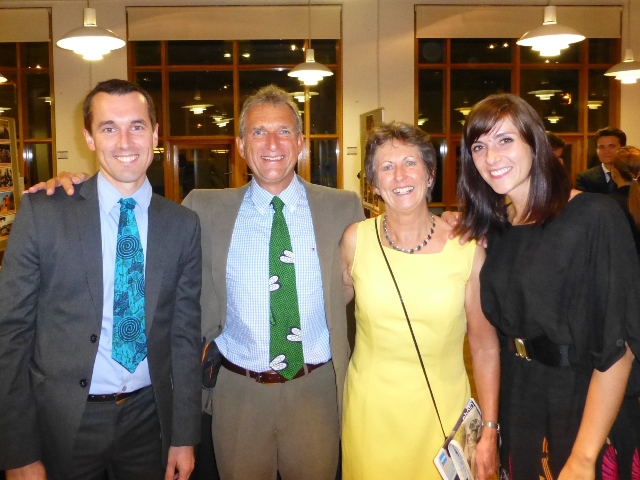 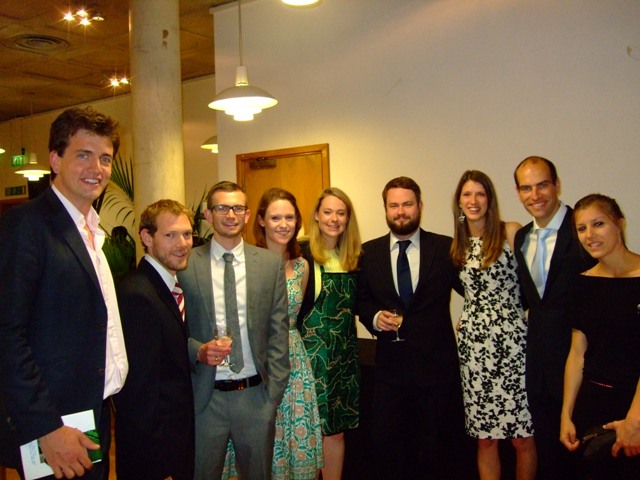 There were then a number of speeches from members of the RIPPLE team, with the highlight being addresses from Force, Catherine and Morton who had the full attention of the room. Catherine in particular began her speech with a song and dance, and received unanimous applause from the crowd! We were also privileged to have as a special guest Mr Bernard Sande, who is the Malawi High Commissioner to the United Kingdom. Mr Sande spent the evening speaking to all of the guests, and gave a speech reflecting his thoughts on RIPPLE Africa and Malawi’s relationship with the UK at large. For the remainder of the evening, guests continued to socialise and enjoy the night until closing, after which the RIPPLE Africa team walked back through London to our hotel, happily reflecting on an evening which, for us, will never be forgotten. 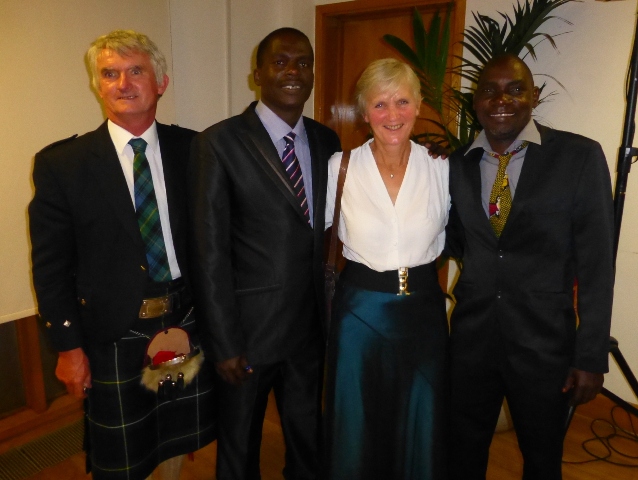 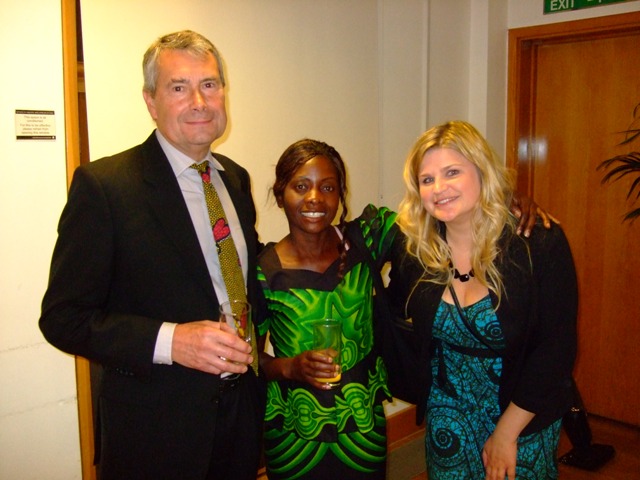 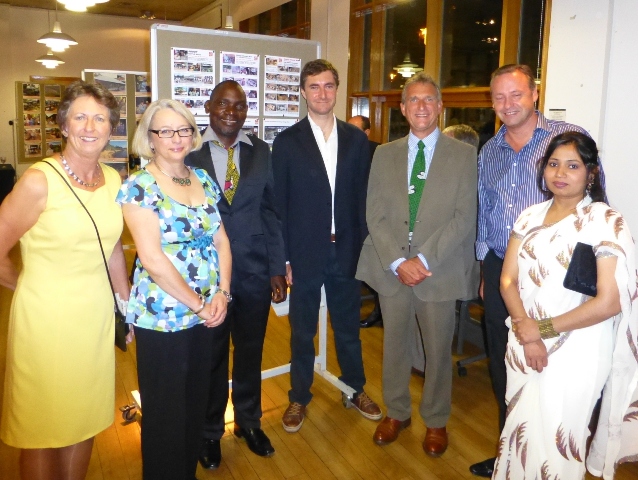 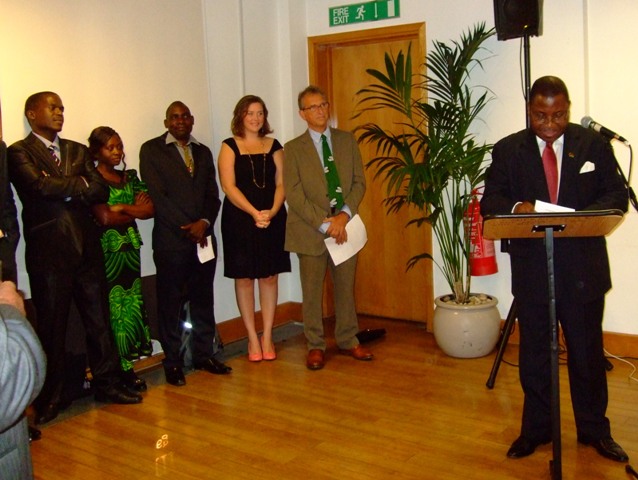 RIPPLE Africa would like to extend a sincere thank you to everyone who has made a difference to our charity over the last decade. We are so thrilled that so many people were able to come to our special 10th Anniversary Celebration party; however, we know there are hundreds more who have made a difference but couldn’t be there. Whether you have volunteered your time, sponsored a student, held a fundraiser, or made a donation, on behalf of RIPPLE Africa we’d like to thank you. But don’t take our word for it! Please watch our special video above to hear in the words of the communities we work with the difference you have made. Thank you. 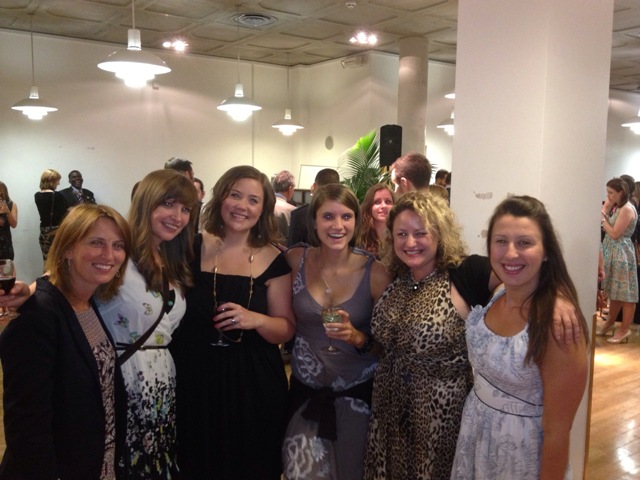 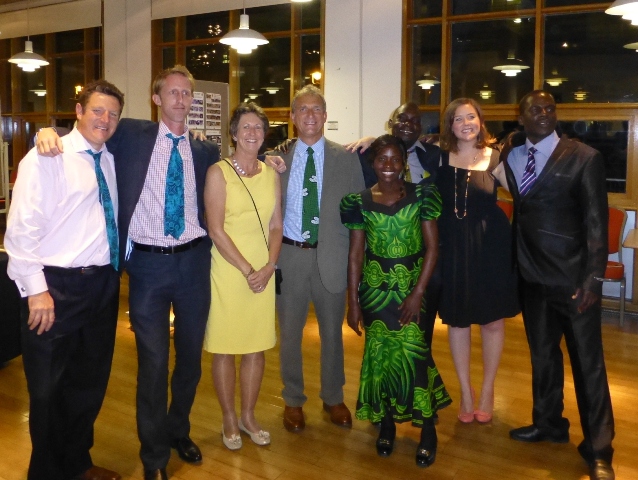 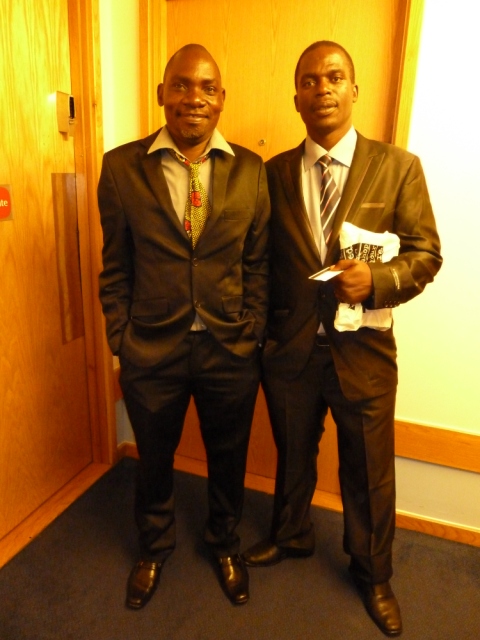 If you enjoyed reading about our 10th Anniversary Celebration and are curious about what our Malawian team thought about life in the UK, stay tuned to catch an upcoming blog entry detailing the whole of their grand adventure! Check back again in the coming weeks!