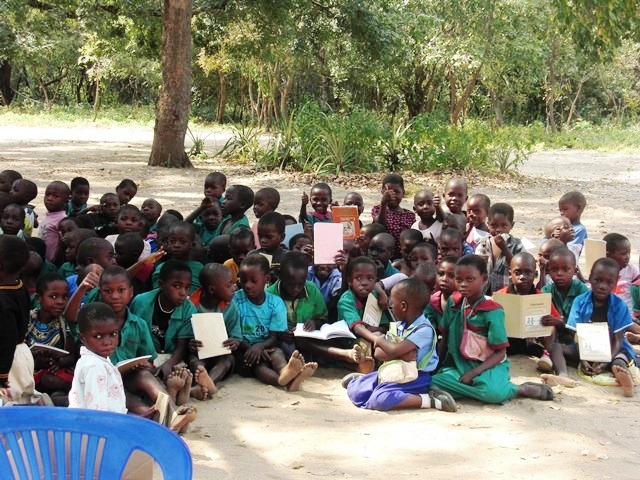 This blog is written by Tara Strange, a volunteer teacher

As education volunteers, Caitlin and I have had a busy time this week as all of the schools started back on Monday for a new term. We were introduced to Alamson Longwe, who was incredibly friendly and welcoming; he took us on a tour of the secondary and primary schools in the local area. We quickly realised that the first day of term was perhaps not the best time to be introduced to some of the schools because, when we arrived at Mwaya Primary, all of the teachers were in a staff meeting to discuss their priorities for the new term. We moved on to Kapanda Secondary School; I was surprised by the similarities between some of the subjects mentioned in the welcoming speech that the headmaster Collence Msiska gave and the topics covered in assemblies at the start of a new year in British schools. He too had to remind the students that the use of mobile phones during lessons was prohibited, and that the pupils should be wearing the correct uniform, not trainers. I am sure many British teachers can relate to these as reminders that constantly have to be given to students back home (and probably in most parts of the world!).

I was thoroughly impressed by the standard of behaviour at Kapanda; the pupils appeared dedicated to their learning. Caitlin seemed overjoyed at the thought of working here; she will be team-teaching Form 1 Mathematics once they arrive (the school is still waiting for the government to release the names of pupils who have passed their Primary School Leaving Certificate examinations). We saw the Physics Laboratory and was surprised by how well equipped it was – thanks to the Institute of Physics who brought over lots of supplies this summer. There are plans in the pipeline to introduce electricity to Kapanda, and this would particularly benefit the Laboratory as well as the whole school.

Next we visited Chiomba Primary School; a very different environment to Kapanda Secondary. There are currently not enough classrooms to fit all of the Standards, so some lessons have to be taught outside under a shady tree. UNICEF is helping to build another classroom block. The staff and students seemed unfazed by their lack of resources, though, as their enthusiasm more than made up for it!

The following day, Linda (a volunteer physiotherapist) and I visited Mwaya and Mazembe Primary Schools. We were introduced to many different classes (the students seemed much more able to pronounce ‘Linda’ than ‘Tara’!). The Standard 1 class at Mwaya (taught by RIPPLE Africa’s Education Coordinator, Maurice Chunga) sang us a wonderful song about an itchy plant which involved them lying on the ground and wriggling all over the floor! Having been almost knocked over by a wall of sound in Standards 1 and 2, the reaction of Standard 8 was fairly muted. Maurice ran over to the Standard 2 class and asked one of the little boys we had just met to come with him. He stood in front of all of the older pupils (which must have been nerve-wracking for him but he looked totally unscathed) and showed them how it was done: introducing himself in English and then asking us questions.

We were pleasantly surprised to see that Mazembe Primary School is run by a female head teacher, Jane. She was very welcoming and encouraged us to get involved at her school as much as possible. 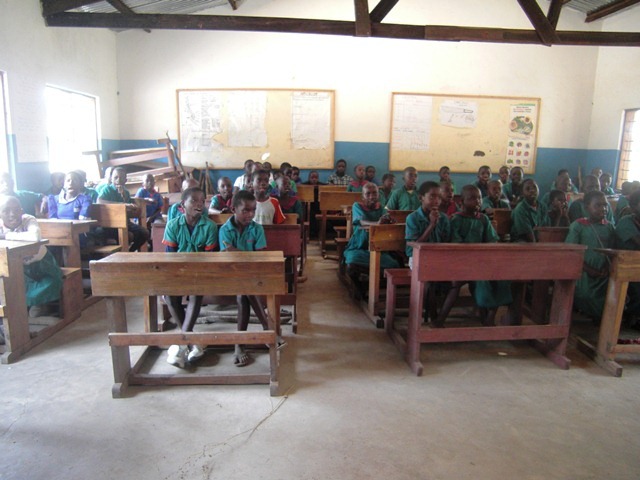 We returned to Mazembe in the afternoon, with Caitlin, to attend the Adult Literacy Class run by Alamson Longwe and set up by an English teacher Phoebe, who is returning to RIPPLE Africa later this month. I was impressed by the standard of English in this class; one of the students asked me about the future tense (which further confirmed to me that English is such an irregular language, and I admire these adults for persevering with it!). The following day Caitlin and I helped at the Adult Literacy class held at Mwaya. 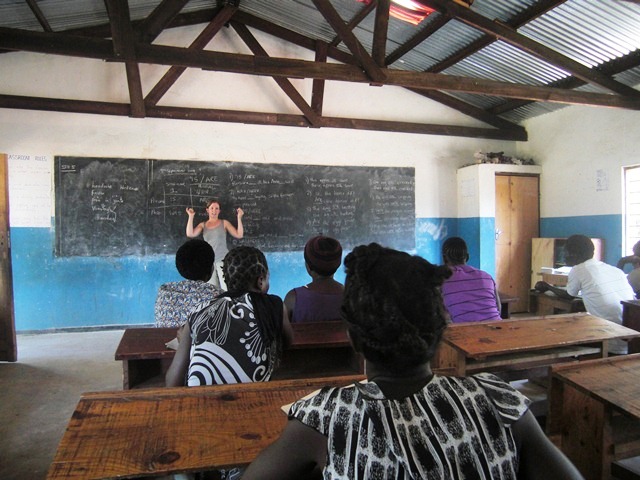 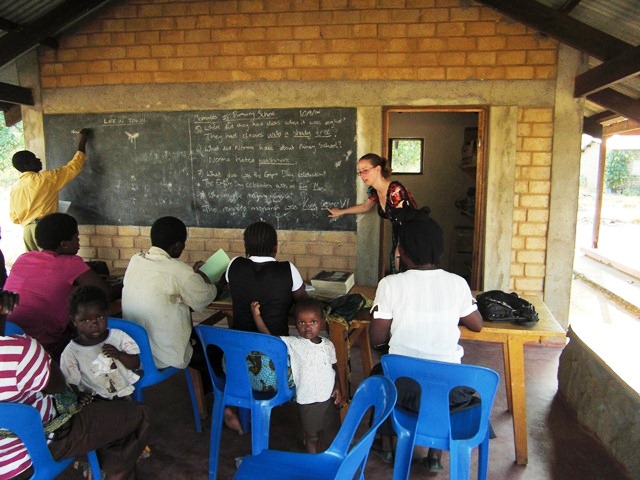 Then we visited eight pre-schools (Mwaya, Matete 1 and 2, Mazembe, Chitungulu, Chiomba, Kachere and Katenthere) with Charles Domingo, RIPPLE Africa’s Pre-schools Coordinator. This was a lovely experience as the children were very excited to see us, and they performed songs and dances, and recited the alphabet, numbers from 1-10, and the months of the year (poor July was often forgotten!). Attendance was fairly low this week as it was the first week back; I must admit it was hard to picture how 90 children would fit into some of the rooms as there were only about 30 in them this week, and even that was pretty noisy and exciting! For me the biggest challenge was cycling between all of the different locations. I hadn’t really been cycling since I was about seven years old, and the phrase ‘it’s like riding a bike’ didn’t seem to apply to me! I was quite proud of myself though as some of the schools were up narrow, steep, sandy paths and over rickety bridges and, despite a few tumbles and bruises, I managed to get to them all. I tried not to grumble, though, as I realised that for these children this is a daily commute, by foot, and with tiny little legs! The Malawians continue to amaze me! 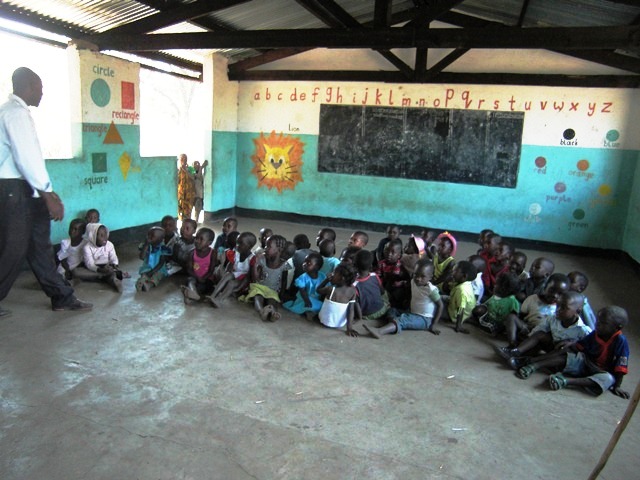 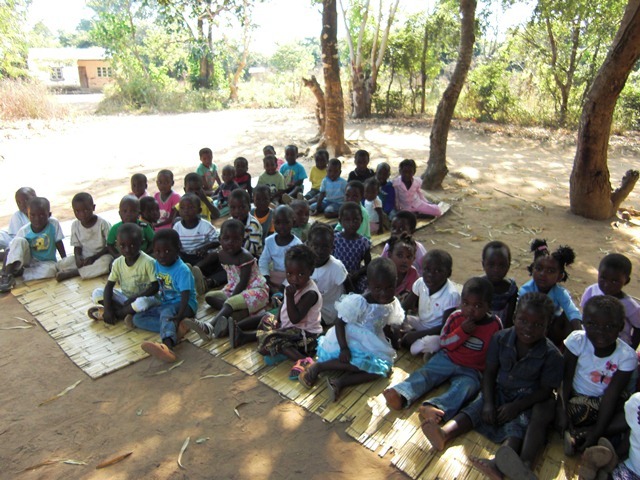