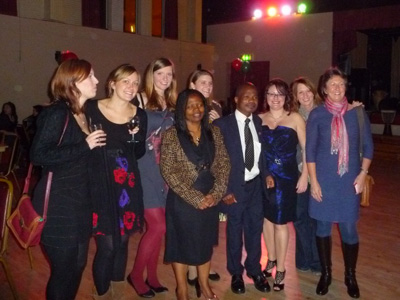 We are delighted to announce that the fundraiser which previous RIPPLE Africa volunteer Vicki organised at Northampton General Hospital on 10 December raised the fantastic total of £1,500 which has been split equally between RIPPLE Africa and MAN (Malawi Association Northamptonshire).

The evening was a great success with about 100 people attending the event, including 10 previous RIPPLE Africa volunteers who joined in the fun. The Chargé d’Affaires from the Malawian High Commission, Mr James Ali, and his wife also made the journey from London to attend, and he gave a very good speech during the course of the evening.

Vicki and Clements, the MAN representative, organised a variety of events during the evening, the most popular being the drumming session with drummer Jerry Elliott, who had brought along about 20 African drums so everyone could have a go. 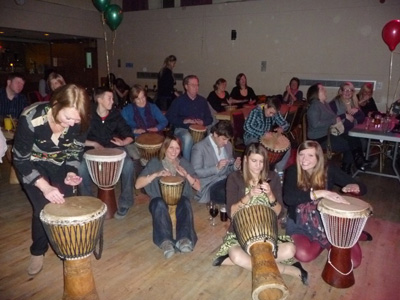 We’d like to thank Vicki and Clements for all their hard work to make the evening such a success.

If you would like to hold a fundraising event for RIPPLE Africa, please go to our Start Fundraising! page to find out how.