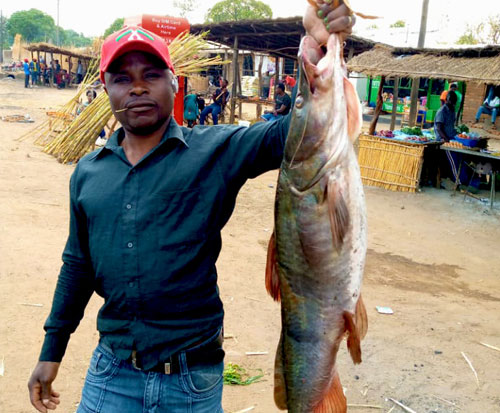 Musa Majidu is 41 and lives in Nkhotakota District with his wife and child. He is relatively new to the fishing industry, having only joined in 2017. Other fishers wished him luck when he joined.

He said, “They told me that there were few big fish left to catch but that they were hopeful things would improve with the introduction of the Fish for Tomorrow fish conservation project.

Musa continued, “In three years I have seen the positive changes happening as I am catching big fish now like this catfish. I will encourage all my fellow fishermen to play their role in fish conservation so we have fish for the future.”

Musa is hoping to buy a fridge so that he can not only catch the fish but sell them too.