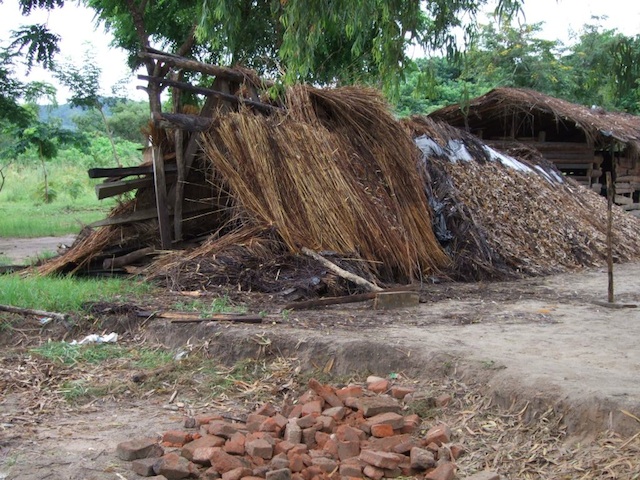 At Chiomba Primary School they have eight classes from Standard 1 to Standard 8, having been recently made a full primary school. For these classes, they have one double classroom block made from bricks and mortar with an iron sheet roof, and an additional three temporary double classroom blocks made from timber and thatch, though one of those has recently collapsed due to the rains.

The reason for building a basic classroom block rather than a full classroom block is that the cost of the basic block is less than a third of the price. The basic blocks may not look quite as attractive, but they are just as practical, and we are able to build three of these for the price of one full classroom block. Furthermore, we are also able to build these blocks sooner as we do not have to secure such a large amount of funding, which is easier and quicker to achieve. The objective of this type of classroom block is to ensure that each class has its own classroom and therefore improve the overall standard of education as a result by reducing class sizes. Without this extra classroom block, it would mean that two classes would either have to be taught outside (although not in the rainy season, of course!) or they would have to teach two classes at the same time in two of the classrooms, which is far from ideal, making teaching and learning for the children extremely difficult. 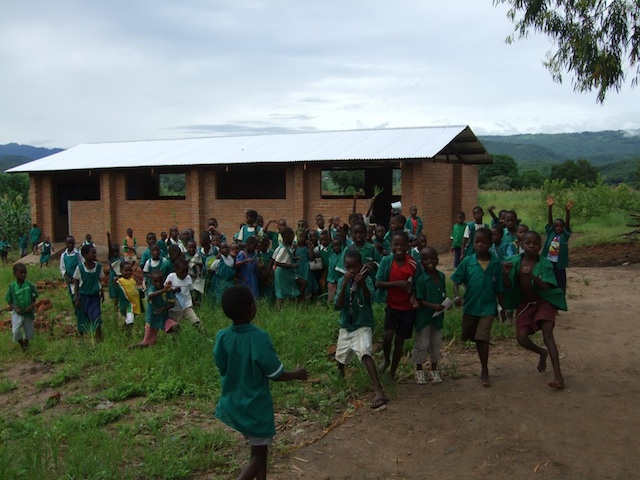 The students gather excitedly outside their new classroom block 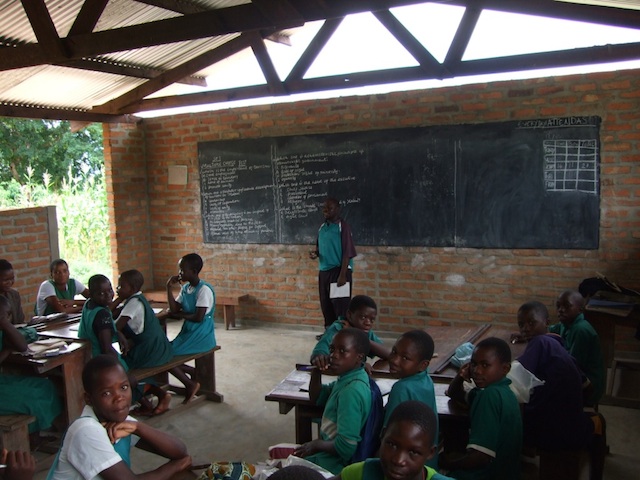 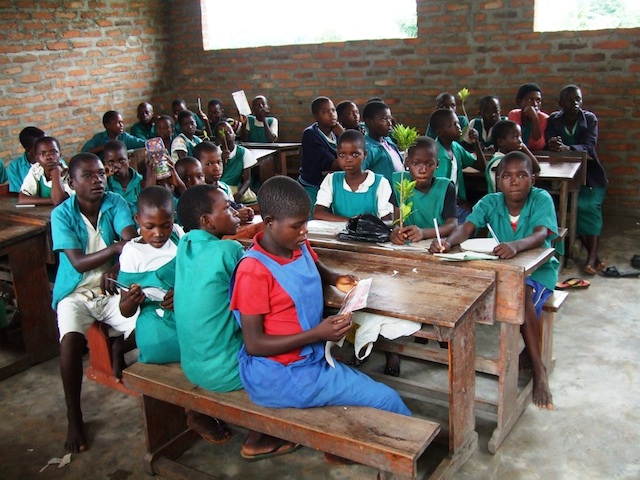 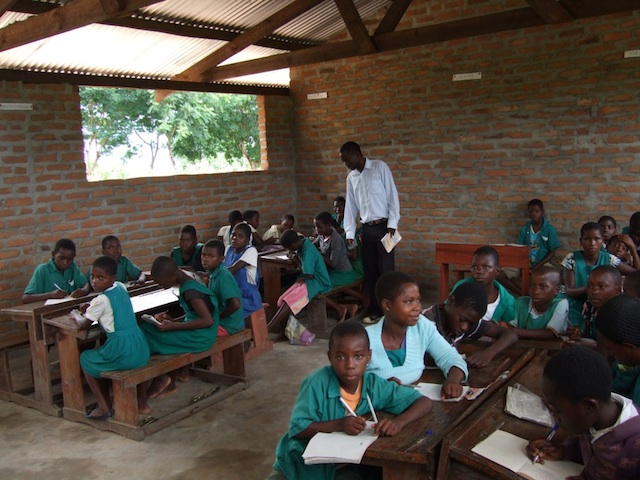 The classrooms have been extremely successful and were being used for teaching immediately after construction had been completed. Here are the students enjoying the new rooms, which are very spacious and light, making them ideal for teaching

The new structure in all it’s glory!