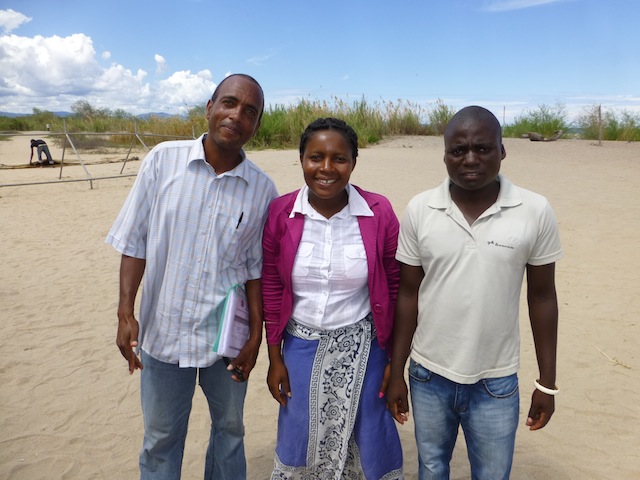 Progress on the Fish Conservation Project

The fish conservation project has been developing well over the last 12 months. First, the bylaws were signed, covering a distance of about 40km of lakeshore. Over 40 Fish Conservation Committees have been set up and, recently, Joyce Banda (not the President!), who has had tremendous success with our forest conservation projects, has been getting involved.

Joyce Banda with Biton and Solomon

Changing people’s habits is not easy but, for this project to be successful, it has to be owned and run by the community. We have held many awareness meetings with Chiefs’ Committees, fishermen, and community members. The people really want to conserve the fish but, until RIPPLE Africa became involved, there was no one to coordinate and drive the initiative. In conjunction with the conservation committees, we have now recorded all fishermen along the 40km stretch of lakeshore, and the Conservation Committees have been confiscating illegal fishing gear and moving migratory fishermen. 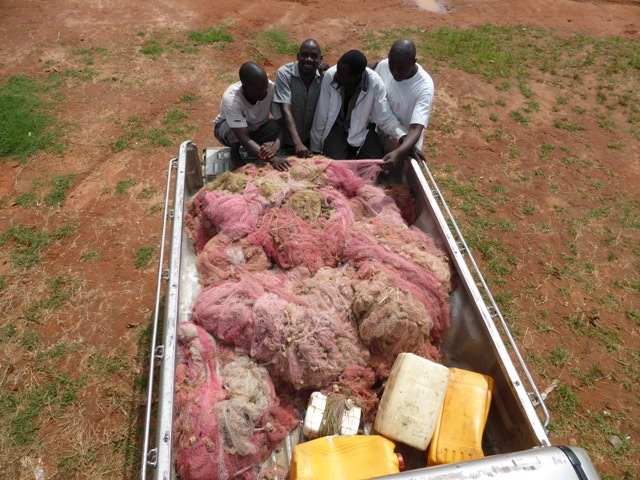 The local fishermen and communities are beginning to take ownership, nowhere more so than Chiwana which is a fishing community south of Kachere where there is a big chambo (a fish similar to tilapia) breeding area. When fish were plentiful in the 1970s, local fishermen here would use 4 inch nets and catch plenty of chambo – sometimes 500 in one day – but now they are lucky to catch five small to medium chambo. Because of the shortage of food, local people have been catching tiny baby chambo fish by the thousands from these shallow breeding grounds using mosquito nets and, by the end of December, there would be no fish left. 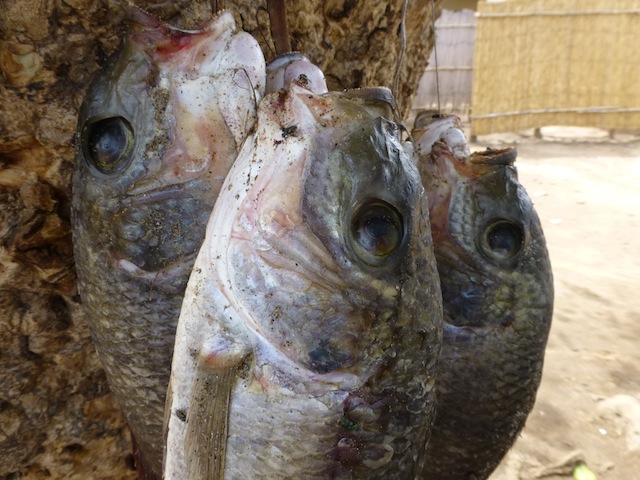 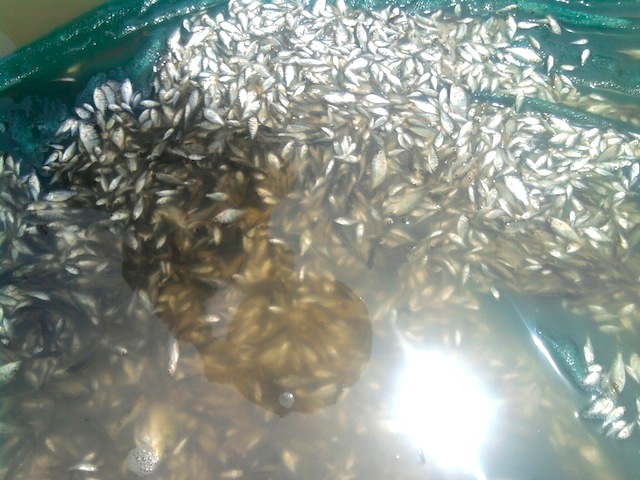 This year is different at Chiwana. Fanwell Mphande, the Chairman of the Fish Conservation Committee at Chiwana, and the rest of his Committee have stopped all illegal fishing in the area around the breeding sites and have totally stopped all mosquito net fishing with incredible results. There are now millions of baby chambo fish swimming in the shallow waters of the breeding sites and people from all round the area are coming to see the phenomenon – and they just can’t believe it! 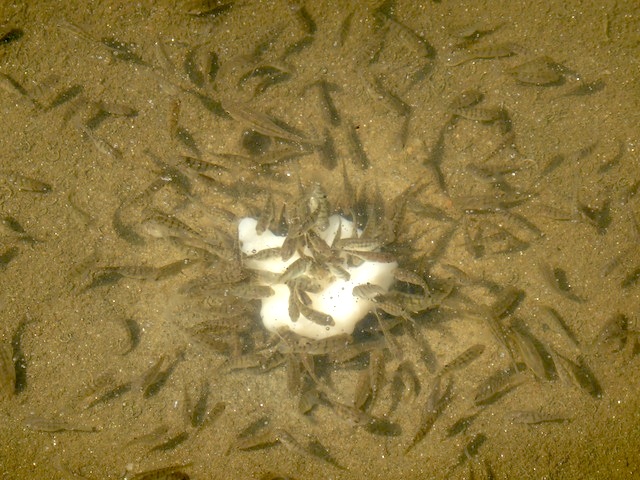 Some of the baby chambo fish at the Chiwana breeding site – the Conservation Committee are even feeding them!

We invited the District Commissioner and many key government staff, together with local Chiefs, Committee Chairmen, Malawi Television, and radio and newspapers to see the results. This was good news indeed at a time that the whole of Malawi has been hearing about the terrible Cashgate problems in government. 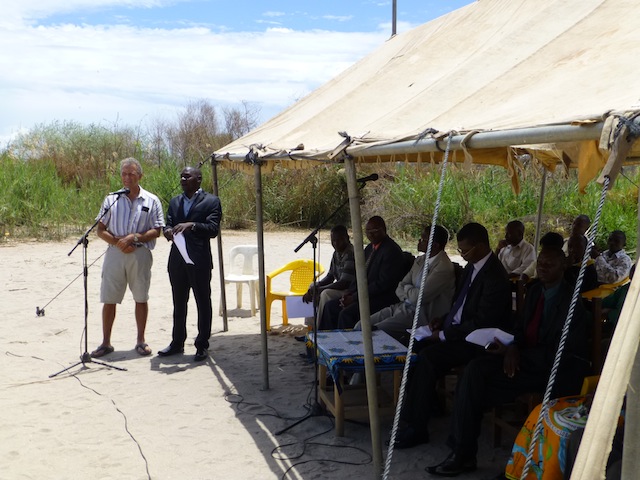 The meeting was covered by television, radio and the newspapers 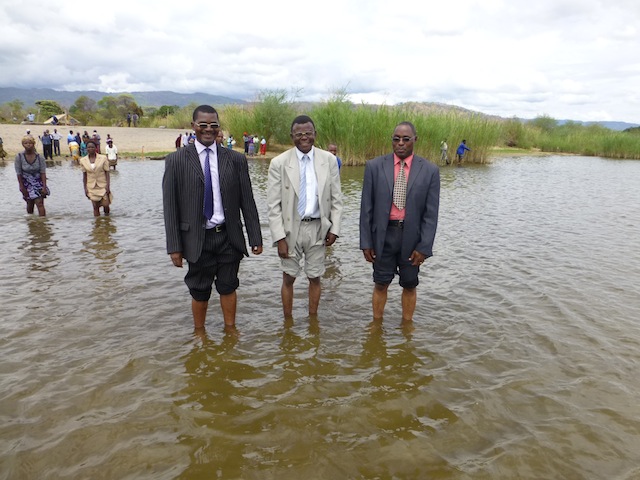 If you haven’t watched the video, then please make the time and be inspired.