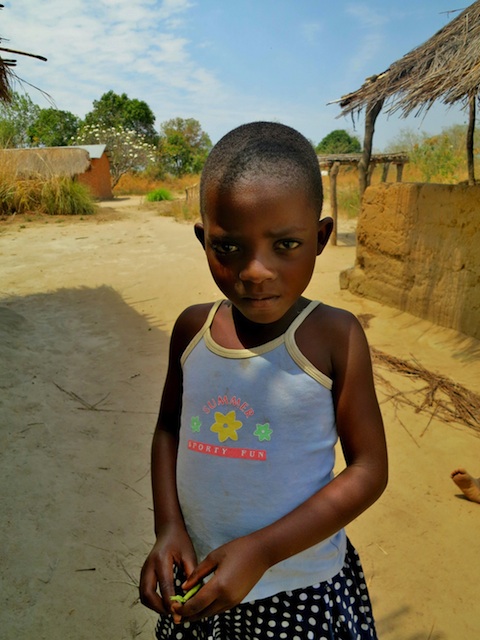 The Strangers Who Came to Have Our Problems

Keen to begin more hands-on healthcare work, Kendall and I recently embarked on a village project in Village Headman (VH) Chipolopolo’s region of Chiomba. With able translation provided by the affable Mike Chirwa – a 20-year-old from Katenthere, neighbouring Mwaya village – we prepared a reasonably comprehensive survey of around 60 multiple-choice questions covering the issues we felt were prevalent. These included: Malaria; sexual health and family planning; nutrition; general health and first aid; water purification; and sanitation. Our findings were fascinating, sometimes surprising, and very often sad. Nonetheless, we felt encouraged by the data which presented important issues, about which we were truly passionate, and which are solvable with on-going education and support. When interviewing the chief, his counsellor took the minutes of our meeting with the slightly amusing title: “The strangers who came to have our problems.”

In the village, every single person we interviewed had suffered from malaria multiple times. For many, malaria is a fact of life: a terrible disease which kills an African child every 30 seconds, and the main victims of which are young children and pregnant women. Despite this, many didn’t even know how the disease was transmitted – some didn’t even realise it was mosquito-borne. Most villagers do not sleep under mosquito nets. When looking for ways to help, this is actually heartening; the disease is carried by the female Anopheles mosquito which bites almost exclusively at night. Simply by sleeping under a net you massively reduce your chances of contracting it. Our larger plan is to begin to tackle this, but this must be coupled with on-going education. Sourcing the nets is one part of the issue, but the bulk of the work will involve convincing Chiomba residents to sleep under them nightly.

Jenny Chunga, one of the residents of Chiomba village

This will involve inspiring behavioural changes, which is often easier said than done in Africa. However, Malawians often do take to new technology and ideas with surprising readiness. Take, for example, the fact everyone here uses the relatively new technology of mobile phones – knows how to fix and maintain them; the way in which bus and truck drivers can keep vehicles in working order, well beyond most Westerners’ capabilities; the prevalence of hand-wired electrical setups in shops and houses. Many aspects of life here remain as they were scores of years ago, but the initiative shown by so many is so promising when planning to introduce new ideas to communities. Incredible stories such as that of William Kamkwamba – the teenaged Malawian who built his own electrical turbine based on diagrams from an old textbook at a local library whose story is documented in the book entitled “The Boy Who Harnessed The Wind” – are prime examples of this.

Nutrition in the village was a strange issue, because almost every person we spoke to had a substantial garden with a good range of fruits and vegetables, many even with livestock. Their ideas as to food groups and the requirements for a healthy diet were largely very good. Sadly, however, they didn’t always adhere to them. The maize- or cassava-based nsima (a kind of porridge of flour) is a useful and important source of carbohydrates to anyone doing manual work in a hot country, although the cassava-based nsima is much less nutritious than the maize-based one. Protein, vitamins and minerals are, however, lacking. We later discovered that key food sources, such as the eggs from the chickens, and the meat from the animals themselves, would be sold at markets and not eaten by those who farmed them. Many in the village requested nutrition education, and this we will gladly provide. The benefits of increased energy and mental and physical development could be astounding, and are very exciting. 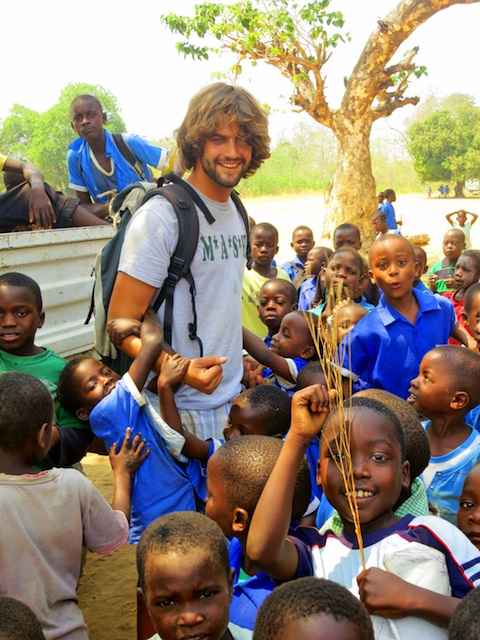 Me being swamped by children on the way to the village

Water purification appeared to be a non-issue. This area of Malawi is lucky to have many water-pumps, which provide clean, drinkable, and actually very tasty water. When the pumps run dry – which does happen from time to time – villagers seek water either from other pumps or nearby rivers, but all knew to purify river water by boiling.

Sexual health remains a problem, though at least almost everyone knew the preventative measures of HIV, and the risks of unprotected sex. Despite this, unprotected sex is an issue. Inspiring behavioural changes as far as sex is not easy, especially not when there is much stigma attached. Again, on-going education is the key.

There is room for improvement with sanitation in Chiomba; every household had a covered-pit toilet, usually a good distance from the home, but still a potential risk. Kendall is looking into a latrine project for the future, based on one carried out by a charity she worked for in South America.

Our general health questions revealed some very poor first aid knowledge. At more than one household, we were told the immediate cures for burns and cuts were eggs and urine, and eggs and salt, respectively. As far as many other health issues, it did appear that the local health centre at Kachere was doing a pretty decent job, and those with chronic health problems were usually managing them quite well. 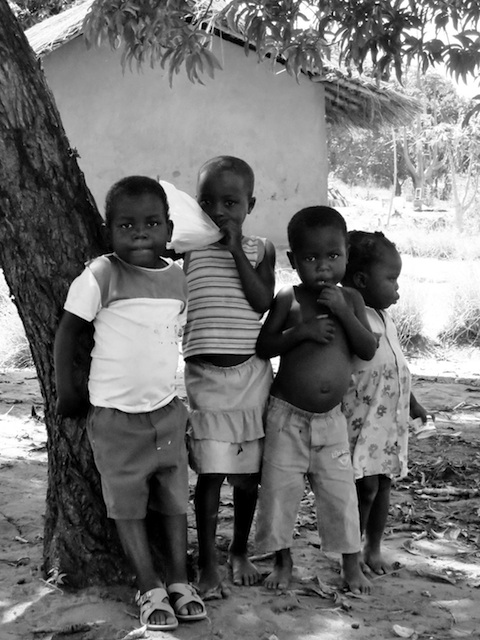 A group of local children watching us conducting the surveys

We are still in the process of continued data collection, noting down all the malaria data for VH Chipolopolo’s district from the nearby health centres. We have already compiled a year’s worth of data for Kachere, though we still have Mwaya Dispensary to do: local healthcare worker, Fletcher Soko, explained that, despite the distance, Chiomba villagers prefer to head for Mwaya for malarial testing. In the past year, Kachere saw 226 positive malaria test results from Chipolopolo. This out of a village of just over 300, most of whom go to a different health centre for testing…

The important thing is to remain positive; these are problems which can be fixed, and there is a genuine keenness to learn. This was evinced by our recent debut first aid course in which we explained proper first-course treatment for burns, cuts and head injuries – common ailments in a village with a great deal of agriculture. We had a large, attentive audience of around 40 villagers (Chiombans?), who engaged excitedly in our demonstrations, laughing as I acted the part of “injured mzungu (white person)”.

We have planned on many more of such educational sessions and will begin using certificates as further incentives (this was inspired by a recent study which found certificates were an excellent motivational tool, dramatically helping with charitable projects). I have just over six weeks left after an incredible five-and-a-half months in Africa, and it’s exciting to be involved in such a project, particularly as Kendall is here for more than a year-and-a-half and can really see this through as a sustainable and helpful initiative in a country which has been so good to us both during our time here.