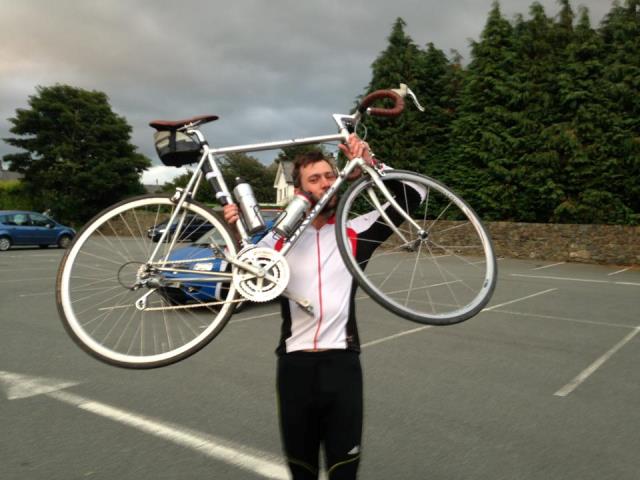 These are the words of RIPPLE Africa volunteer Joe Latimer, who cycled 108.3 miles on the 29th of August to raise money for the charity. Joe and his wife Sarah volunteered for RIPPLE Africa for three months at the start of 2009, working as teaching assistants on RIPPLE Africa’s education programmes in Malawi. They loved their time volunteering and have remained incredibly supportive of the charity’s work since that time. Joe’s passion led him to undertake this huge physical and emotional challenge to raise funds for the charity.

On his JustGiving fundraising page, Joe assured his donors, “Please dig deep – I promise this is going to hurt and RIPPLE are such an amazing cause.” And hurt it did. The 108.3 mile cycle had a climb of over 8,000 feet- that’s Ben Nevis and Snowdonia stacked one on top of the other- and was understandably an enormous physical struggle. As if the distance and incline wasn’t enough, Joe also lost the road about 40 miles in and had to walk his bike with other team members across rocky tracks for over two hours. In the end though, his sweat, tears, and determination took him through mountain passes, was spurred on by surprise appearances from loyal supporters Sarah and baby Noah, and helped him to raise £1,500 for RIPPLE Africa.

We would like to thank Joe Latimer for his considerable effort in raising this money for the charity, which is much appreciated. We would also like to extend a special thank you to members of the Chorlton Runners, Joe’s running club, which were the largest pool of donors for Joe’s own fundraising. Joe’s fundraising page will be live for a little while longer, so if anyone would like to make any last minute donations to recognise his efforts, they can do so here. From everyone at RIPPLE Africa, thank you again Joe for your hard work. The charity really appreciates it!

Are you interesting in fundraising for RIPPLE Africa? Get in touch to learn how!