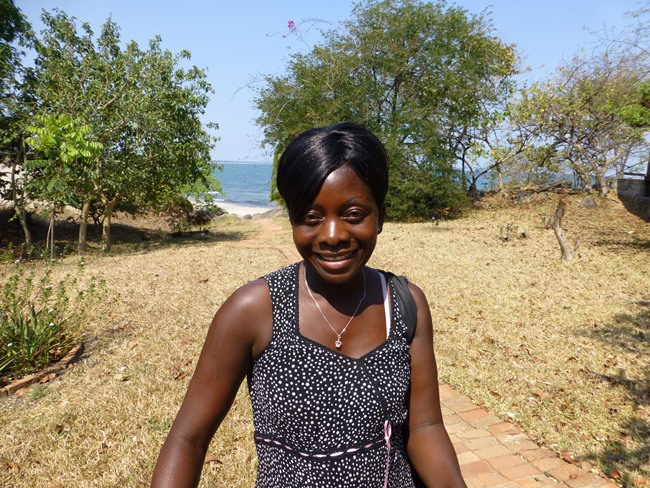 RIPPLE Africa employs hundreds of people, each with their own story to tell but one heart-warming and moving story that really touched me was Catherine Manda’s.

Forty-one year-old Catherine was originally employed as a manager on the fuel-efficient Changu Changu Moto stoves but now runs the tree planting project. When she’s not at work though, Catherine has and continues to care for a number of her nieces and nephews as well as her own children.

Catherine has been through more heart-ache than many I’ve met. One of 12 children, only Catherine and two siblings are still alive as nine have passed away. Four died from malaria, three were killed in road traffic accidents, one was poisoned and the other died during child birth and as a result, Catherine took in a total of eight nieces and nephews at different times, whilst also looking after her own five children and juggling work with running her own farm. 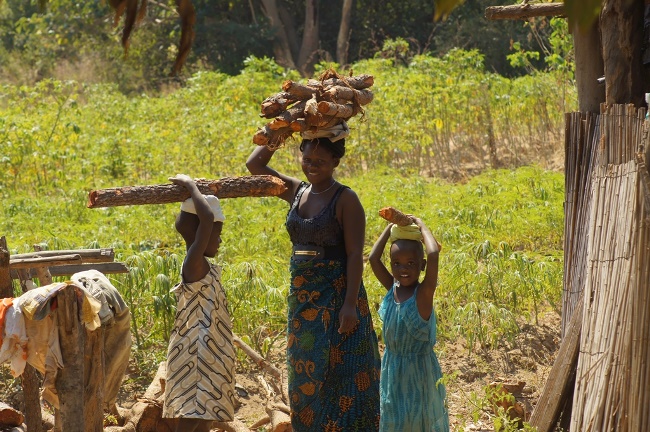 One of Catherine’s daughters and two of her nieces

Although from Mwaya, Catherine lived for a while in Blantyre as her husband had work there. It was during this time that one of her siblings died and she saw the children foraging for food in the rubbish. Catherine was so upset to see them that desperate for food that they had to eat other people’s leftovers and was determined that no family member of hers should go through that and took over their care.

Because of the added number of mouths to feed and school fees to pay, Catherine started her own farm growing maize, rice, beans, bananas and vegetables. Not only has she looked after them, but both her own children and her sibling’s children have been to school, with the older ones completing secondary school and despite the struggles, the hard work has paid off as some of her sibling’s children now have jobs such as soldiers and mechanics. 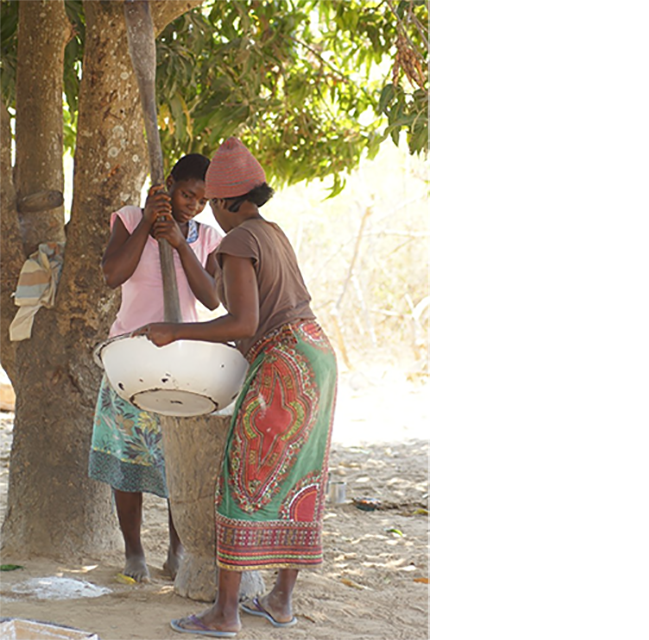 Catherine and one of her daughters pounding cassava

One of Catherine’s daughters has also just finished her nursing training too. Ivy is 23 and studied at Mulange Mission College of Nursing in the Southern region and is currently back at home helping her mother while she waits to be posted to a hospital. Her elder sister Madaliso is a mother and housewife, her 20-year old brother Mwafu is a driver and her sister Lisungu is about the start her final year of secondary school whilst her other sister Cynthia is about to start her final year of primary school. 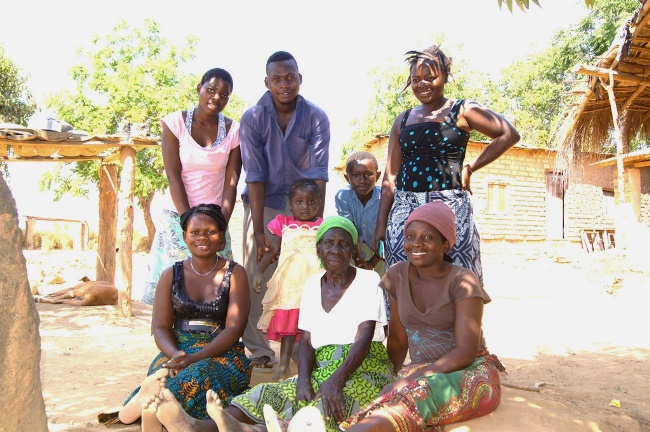 Catherine (bottom right) with some of her family

One special woman, one extraordinary family.