Women Ensuring there are Fish for Tomorrow 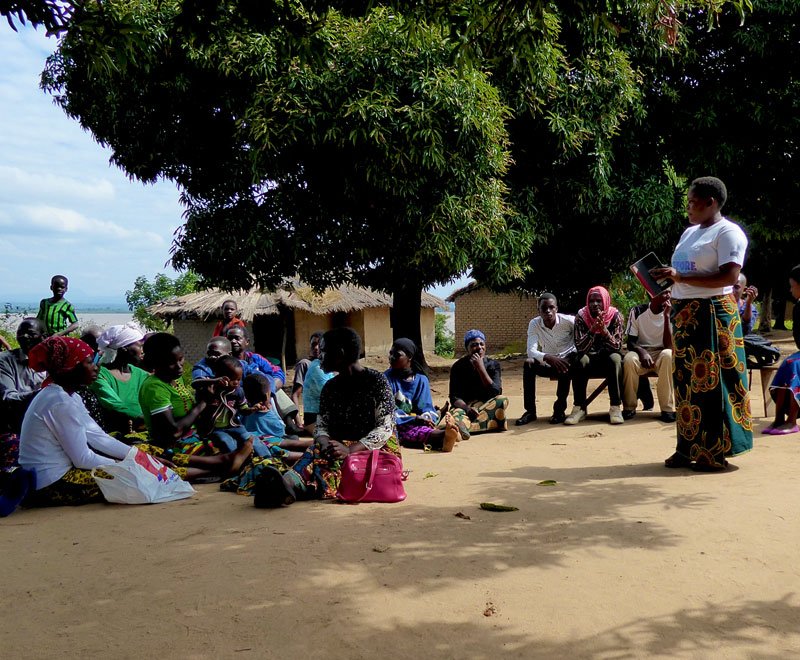 Women aren’t often seen on Lake Malawi in canoes or plank boats catching fish. Nevertheless, they play a vital role in the fishing industry as the main processors and sellers of fish. Some women are even boat owners and hire fishers to catch fish for them. For this reason, Ripple Africa, a UK based charity working for the last sixteen years in Malawi, is making sure that women play a key role in their Fish for Tomorrow project, which aims to reverse the decline of fish stocks in Africa’s third largest lake.

This vital conservation project was first introduced in Nkhata Bay District in 2012 and through the support of the Darwin Initiative, it was extended to Nkhotakota in 2016. Over 30% of the 2,000 local volunteers protecting fish species along Lake Malawi’s shoreline are women, in the Darwin project area we have more than 100 women now playing an active role in the project. The leadership and guidance provided by the Project Manager, Joyce Banda, has been instrumental in encouraging female involvement in the project.

Sadly, one of the main factors which has led to the reduction in fish in Lake Malawi is the use of mosquito nets. Mothers are given free mosquito nets at clinics – but rather than use them to prevent malaria, many are using them in the shallow waters of the lake to catch fish. The nets are able to provide these women’s families with nutritional and financial benefits, as many of the nets are sold to fishers who then sew them together into large drag nets. These catch thousands of baby fish, which do not have the opportunity to reach maturity and breed. The use of mosquito nets is endangering fish stocks and damaging their future as well as that of their children. It is crucial that the message about these risks are communicated to women, and who better to spread that message than women themselves?

Martha Chiwi is a female chief in Matumbi – one of the major fish landing sites in Nkhotakota district where a variety of fish species are caught and sold. She feels that Ripple Africa’s Fish for Tomorrow project has greatly benefited her and her community, as people are no longer using mosquito nets for fishing. She feels that because so many women are now members of the Fish Conservation Committees, other women in the community now understand how their actions are endangering fish and as a result they are becoming more committed to fish conservation. 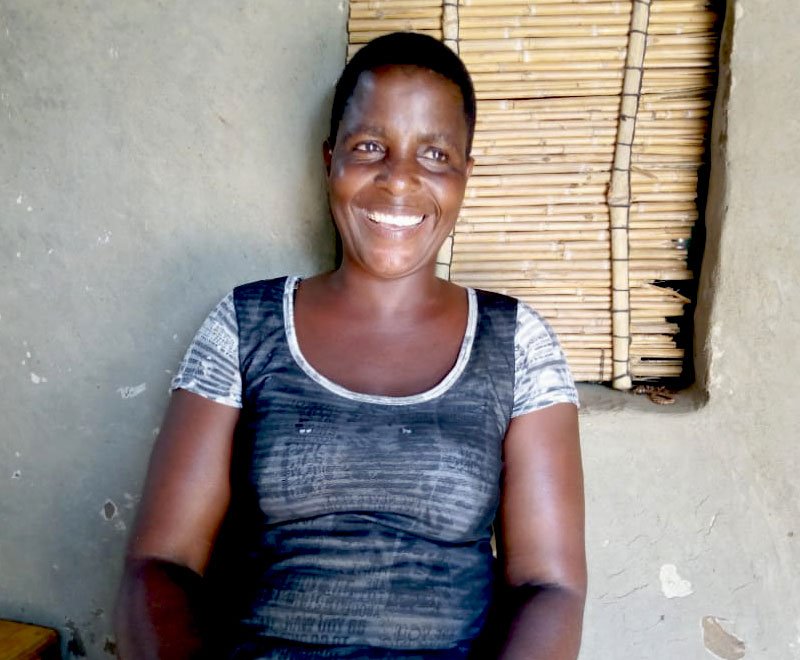 Janet Ziadi lives in Kasitu in Nkhotakota District and has been fishing for Usipa, or Lake Malawi sardine ( Engraulicypris sardella ), since 2014. She owns a plank boat with an engine and employs a crew of nine fishers. She used to always use mosquito nets in the centre of her chilimira net (a type of seine net) and didn’t make much profit after buying fuel and paying the crew.

However, Janet now understands that the smaller fish need to be left in the lake in order to mature and knows that the larger fish can be sold for much more. She has since changed the mosquito net to a much larger meshed central net and is now making more money per night. With the extra income, she has been able to pay for iron sheets on the roof of her house and can now afford secondary school fees for her children. 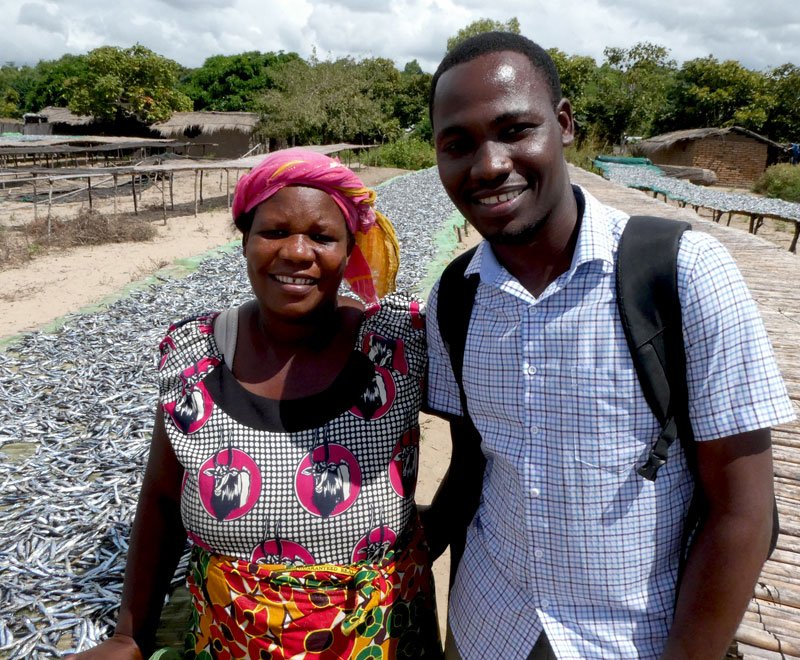 Muchedwa Banda is treasurer of the Fish Conservation Committee in Makanja, a mainly Muslim village in Nkhotakota District. Ripple Africa is keen to ensure that women who join the committees are not simply there to make up the numbers but are given the chance to really get involved and have their voices heard. Before the project started here, Muchedwa lacked confidence and felt that as a woman, she could not really contribute to things happening outside the home. But she says that the project has really changed her life, both socially and economically.

Muchedwa has been running her fish selling business since 2010. But in in the past two years, her income has increased significantly because she is now able to sell bigger fish for a larger profit. Recently, she has been able to afford to purchase land to start a new business growing rice. 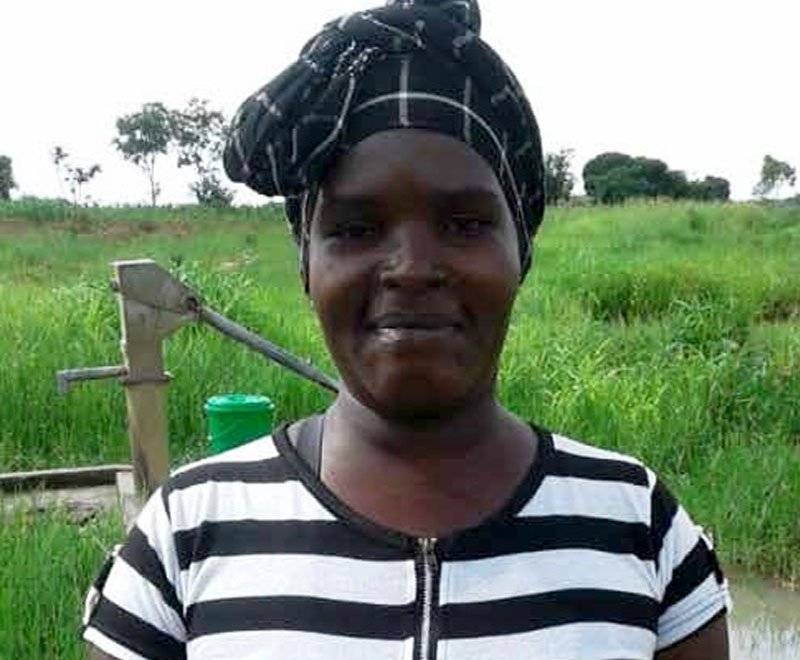 The efforts of Muchedwa and her fellow female Fish Conservation Committee members all along the lakeshore have played a vital role in the project’s success. Women are now able to make more money from their fish selling businesses and are ensuring that there are more fish in the lake to feed their families today, tomorrow and for many years to come.