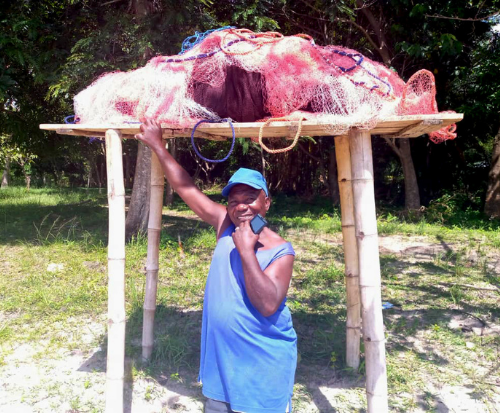 Paulosi Chirwa, 52 is a fishermen, fishing based at Thipula beach. As a child he attended Bandawe Primary School and was selected to go to Nkhata Bay Boys Secondary School but unfortunately he couldn’t afford the fees so in the 80s he went to Tanzania where he worked as a labourer.

He married, had four children and in 1990 saved enough to buy chilimira fishing nets whilst in Tanzania before returning home to Malawi in 1992 to start his fishing business.

At the time he was using a very small meshed net (size 6) in the middle of his very large chilimira known as a bunt which caught both big and small usipa. He would catch enough usipa fish to fill 50 35 litre buckets in a fishing trip and didn’t have to travel too far out from the shoreline. However, by 1999 Paulosi was only catching 10 buckets which started to affect his income.

He said, “The reasons for low catches were population growth, the use of mosquito nets and most people not following proper fishing regulations. I really appreciated the Fish Conservation project being introduced as it has brought a change to fishing in Nkhata Bay District. Most fishers are able to see the results of it despite the resistance during the first year of the project. You can now observe young fish in the water and this is giving hope to the people of Nkhata Bay that the glory is back.”

At the moment Paulosi is able to catch up to 30 buckets of fish so is making good money which he uses to support his family. Not only has he saved money to build a house and buy additional fishing equipment but Paulosi is funding two children through university. This is rare. The majority of parents in rural Malawi can only dream of affording secondary school fees let alone university. Paulosi is currently making another Chilimira net that will have net size bunt 12 so that the baby fish aren’t caught and can carry on growing.

During the close season, Paulosi educates his fellow fishers on the importance of observing fishing regulations so that all fish species are given enough time to breed and grow.

He said, “Currently with the pandemic life is hard but in 2016 the Ripple Africa extension workers taught me about saving money. I am able to rely on my savings now. I appreciate Ripple Africa giving out masks to committee members so they can continue their roles safely on the beach and I am grateful for this project as fish are very important to us and our culture.” 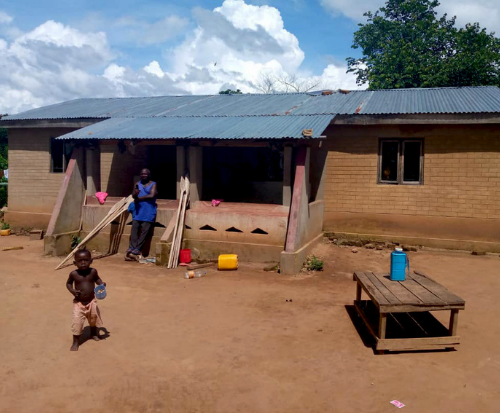