Understanding the Importance of Pre-School 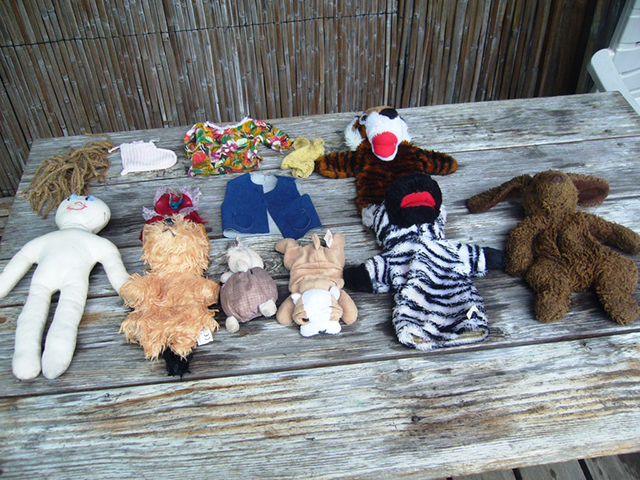 Volunteers Charlotte Nicklin and Judith Ward write about their time spent with the eight Pre-Schools and how they’ve been repairing existing items and introduced a new resource.

Judith and I, the current volunteers here at Mwaya Beach, have been having a very busy time in all the Pre-Schools with the children who are 2-6 years old and are preparing for Primary school education. It’s extremely important that all the children attend Pre-School, to start learning vital skills as early as possible. In fact many do not, sometimes because they are needed to help with other siblings at home, help with other chores, or just through ignorance of their parents not knowing that they are missing out on something to benefit their child.

We’re spending time with Primary School teachers too, and they report they can tell which children have attended the Pre-Schools, and for those who haven’t, they see how difficult it is to catch up on the important basic elements they’ve missed such as learning their alphabet, numbers, colours, shapes and early writing skills.

We’re now big advocates of the Pre-Schools; we’ve seen what a good job the staff do in difficult conditions. Attending the under-5’s clinics is on my “to-do” list to help spread the word to all the parents who currently don’t send their children in that they’re missing out.

We’ve been sharing our time in all of the eight Pre-Schools locally, getting to know the staff and the children, and have been getting to understand some of the difficulties they have to contend with on a daily basis. It’s rainy season at the moment, which can mean hours of solid heavy rain, ultimately followed by sunshine, but when it rains hard, the children don’t go to school as they don’t have waterproofs or generally even an umbrella, so class sizes can vary in Pre-School from 0-100 or more depending on if the sun is shining, so lesson planning has to be flexible!

With so much rain, combined with the general humidity, and insects(!) it’s extremely difficult for the teachers to ensure that the resources do not deteriorate. We’ve been taking the opportunity amongst other things to also be doing a big stock take on who’s got what in their cupboards and see what can be revamped, repaired and recycled.

Toys after a scrub 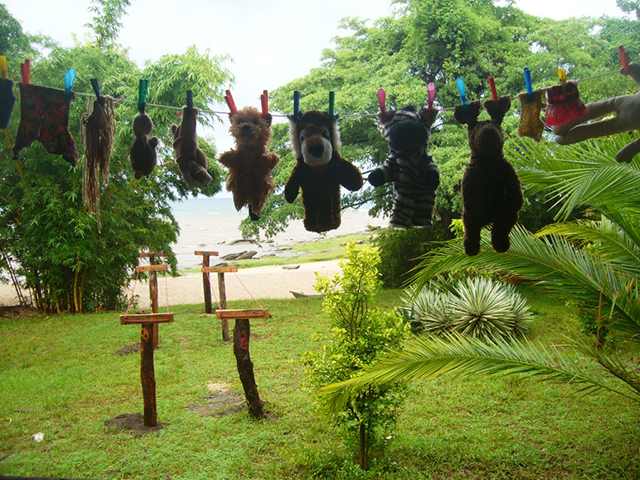 Toys drying on my washing line 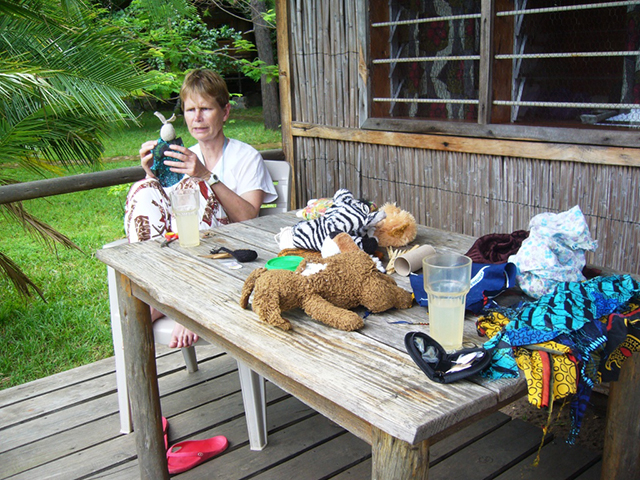 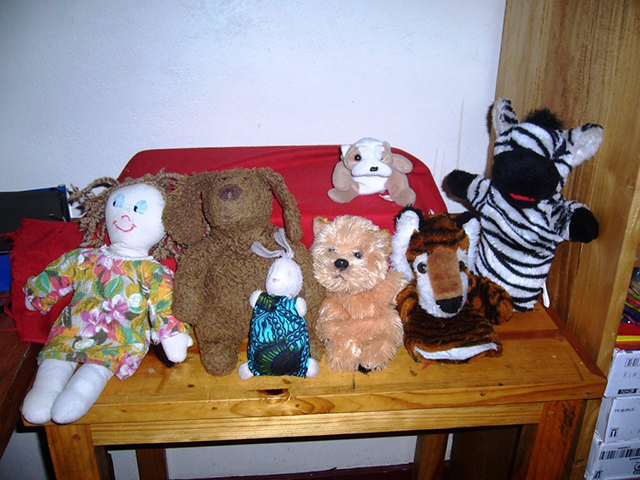 …and then they’re as good as new 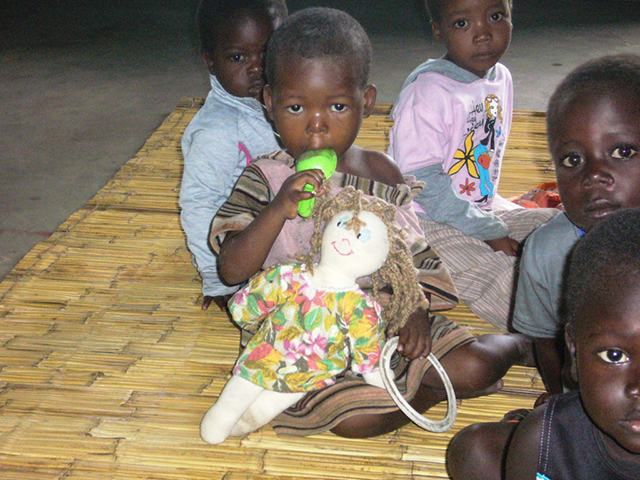 As well as some washing and running repairs to existing items, we’ve made 2 sandpits in the last week as a new resource at Matete 1 and Matete 2 Pre-Schools. I’ve learnt that using sand is a really good way for the children to start learning about volume, pouring sand or water. They can draw in it and make shapes, or even a sandcastle.

Sand is readily available in many of the surrounding areas, and the community also make their own bricks, which we used to encircle the sand, so a few buckets of sand later (I even tried carrying one on my head as everyone here carries EVERYTHING on theirs) we had completed our task. Next, add some children and a few DIY sandpit toys made from drink cartons, plastic bottles and margarine pots, and a little encouragement, you have some happy children! 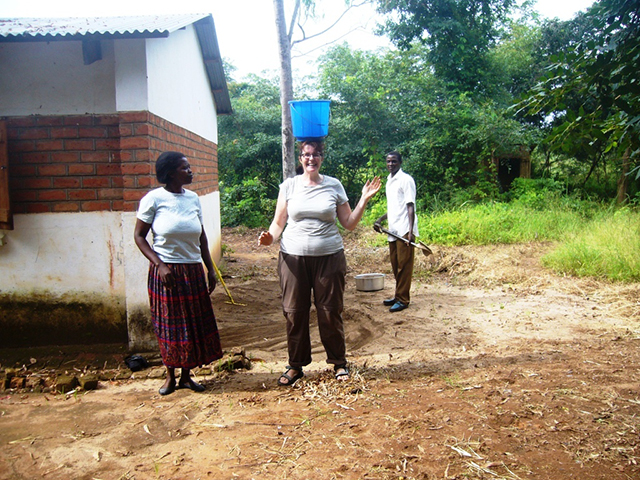 Carrying sand in a bucket Malawi style but very slowly 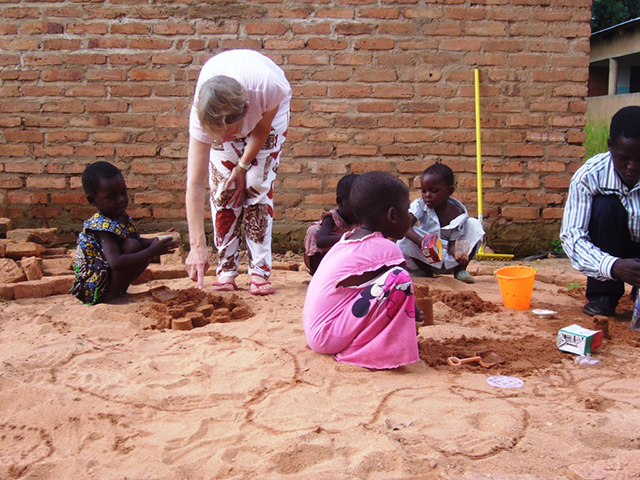 Learning what to do in the new sand pit 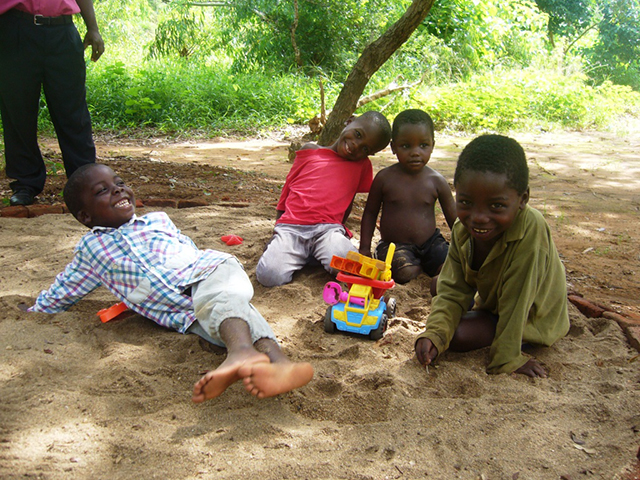 Trying out the new sand pit