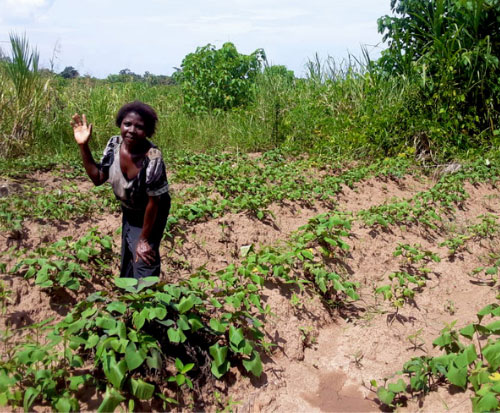 Janet is one of the sweet potato farmers benefitting from the improved varieties of orange-fleshed sweet potato.

However, last year thieves stole the majority of the sweet potato vines from her field so she only harvested around 25kg of sweet potatoes from scraps of vines that were left.

The mother-of-five has moved to a new field which she is renting from a friend for 2,000MK (£2/$2.50) – which she will pay once she has harvested her next crop.

Janet has received new vines so is hopeful for a better yield and to be able to share additional vines with neighbours so they too can grow this improved variety.