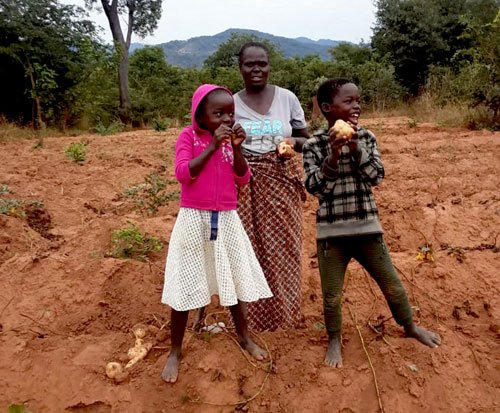 Falles, 45 is a mother of three and has four grandchildren so knows the importance of providing a good diet to children. She teaches at Chiomba pre-school and is very impressed with the new and improved orange fleshed sweet potato which has been introduced as it is a good source of vitamin A which helps the children learn.

Ellen, 32, has four children of her own but during the day has 125 children at Mazembe pre-school where she works alongside three other teachers. She said, “The children enjoy sweet potato during their break time. We are really grateful to have these improved vines as the orange sweet potato plays a great role in the development of the children as vitamin A helps with eye-sight.”

The pre-school teachers ensure that each child attending our eight pre-schools receive a hot meal each day, that’s around 800 children being fed each day. These lovely photos of Ellen and Falles with their families were taken by Francis our Sweet Potato Project Manager, great aren’t they? 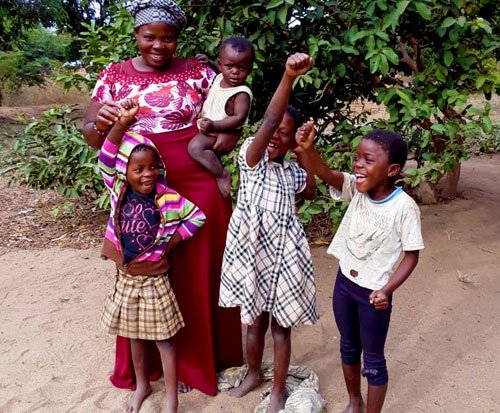