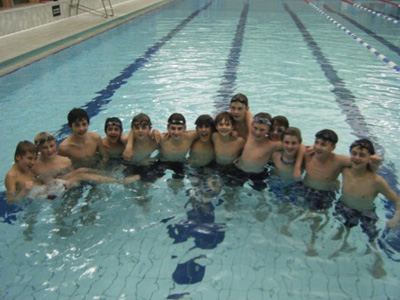 Inspired by David Walliams’s swim of the Thames, the boys in Year 8 (12-13 years old) at The Skinners’ School in Tunbridge Wells decided that they wanted to take on a similar challenge to raise money for RIPPLE Africa. It was decided that a group of 14 boys would collectively swim the length of the local River Teise, a distance of 14.4km. The water of this Medway tributary, which runs through Tunbridge Wells, was not a particularly appealing option, especially during December, so Tonbridge School kindly allowed the boys to use their swimming pool. The challenge was to swim 576 lengths.

On the afternoon of Saturday 3 December 2011, 14 boys, Ali Gaskell (their physics teacher and previous RIPPLE Africa volunteer) and many parent helpers gathered at the Tonbridge School pool, hoping the swimmers would be able to achieve their target. In fact, there was no reason for any doubts as the boys swam tirelessly with impressive dedication and enthusiasm. Swimming together, they all cheered each other on and every swimmer swam an impressive number of lengths. Special mention has to go to Baz Shemirani who swam an astounding 102 lengths in 50 minutes. This collective effort meant that, within 50 minutes, the group had more than attained their target as they had swum a total of 831 lengths – or 20.8km! And they still had some time – and energy – to spare for a bit of water polo! 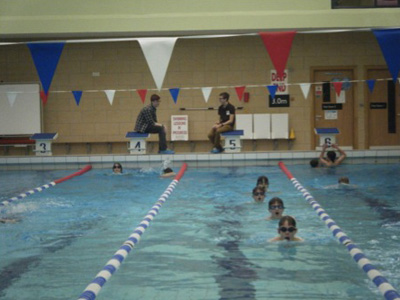 While the swimmers did a fantastic job, it was the whole class who made this event a real success. The aim of the swim was to raise money for RIPPLE Africa, and the class decided to fund some of the charity’s projects in the local pre-schools and the secondary school. The whole class raised a phenomenal total of £1,000 including Gift Aid, with one student (George Huxham) raising over £100 by himself. Ali Gaskell visited Mwaya over the Christmas break and was able to tell the boys of Year 8 what the money they had raised was being used for and who it was benefitting.

If your school would like to raise money for RIPPLE Africa, please go to our School Charity Fundraising page.