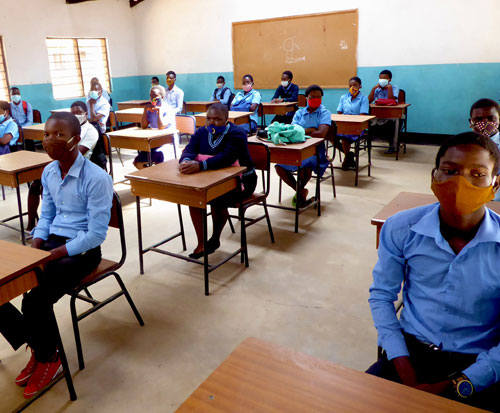 Schools in Malawi re-opened yesterday (Monday) after being closed for five-weeks due to coronavirus. As a result, the academic calendar has changed with the 2021 academic year extending until 19th November.

This will allow pupils the opportunity to continue from where their lessons stopped as the majority of children in Malawi don’t have access to computers and books to be able to study at home.

The Minister of Education also announced that masks and soaps have been distributed to schools and other measures are being carried out including 650 boreholes being drilled, tents being put up to reduce class sizes and more than 2,000 assistant teachers employed.

The new academic calendar sees Term One finish on the 7th May, Term Two starting on 24th May until 13th August and Term Three running from 30th August until 19th November.