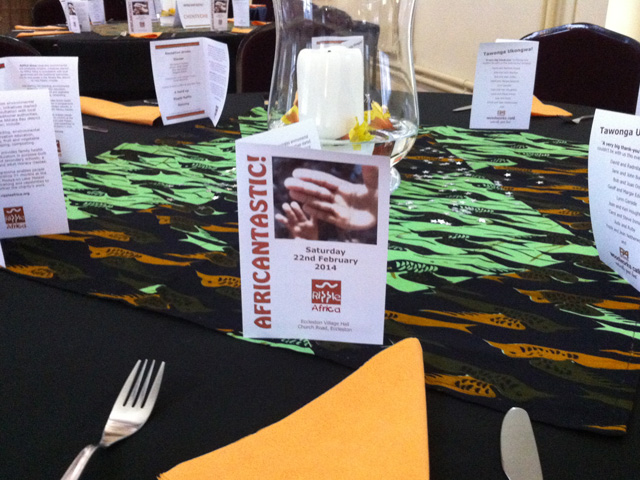 Africantastic!
On Saturday 22 February 2014, a group of enthusiastic RIPPLE Africa supporters held a fundraising party for the charity in Chester. This week’s blog is the story of the party from its inception in Malawi towards the end of 2013 to its successful conclusion in Chester just over a week ago, which has been written by Anne Maund, one of the hardworking team of people who made it happen!

“During October 2013, a minibus, hired in Lilongwe from a company called Sputnik(!) and containing five middle-aged Saga-safari types and a young couple with a toddler, found its way to Lowani. The visitors were: Parvin, Tina, Mansur, Stephen, Anne, Mbachi, Hannah, and Amaya. We spent four intense life-changing days seeing all we could at RIPPLE Africa, having Dan showing us all the projects, Emily as our tourism guide, Esther and Lapken taking care of hospitality, and Bobby the night watchman keeping us safe at night. Our hearts expanded by the beauty of the people, the urgency of the work to be done, and the dire need for funds, we cooked up a plan to try a big fundraiser … so, on Saturday 22 February 2014, it all came together at Eccleston Village Hall, Chester. Hannah and Mbachi couldn’t make it as the arrival of baby number two was imminent (as it turned out, baby Micah was born two days later), but Amaya came with Grandma and Grandpa.

Hooray for our Africantastic Party! The team really pulled together and, although we’d felt worried about various aspects during the planning, it all worked out on the night, and we were very pleased with the result of our efforts. Of course people came (around 70), and of course there was far too much food, and (of course) everyone had a good time. 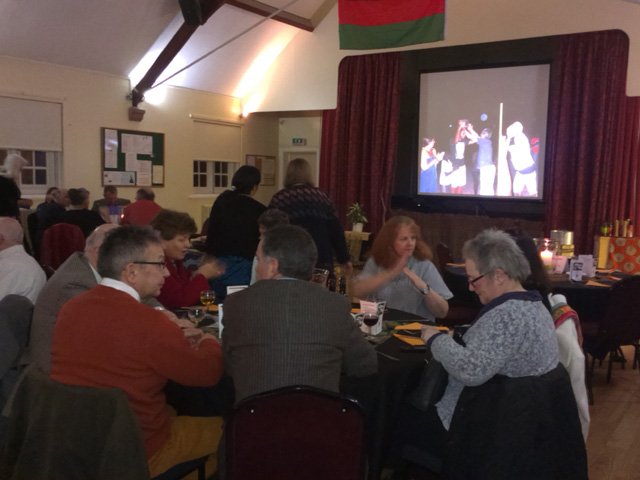 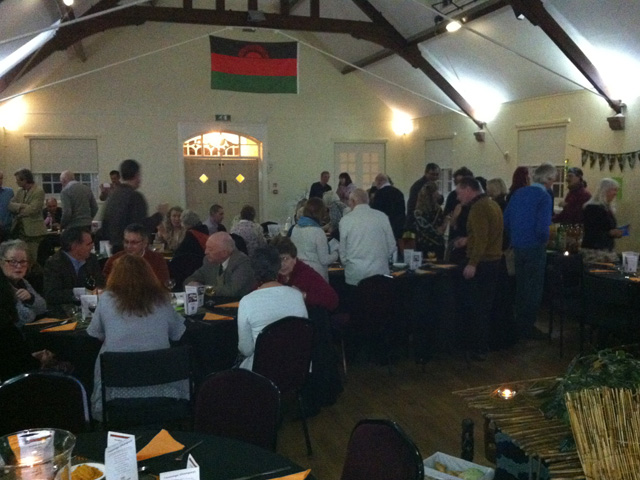 We raised over £2,000 which was great, especially as it didn’t feel like we were rinsing people at all. Geoff and Liz, the RIPPLE Africa Couple came, which was a terrific draw for selling tickets, and friends were genuinely interested to meet them and find out about RIPPLE Africa first hand. They were both very sociable and outgoing, and chatted with guests, going round to each table and finding out about the guests, answering questions, and explaining the work of the charity. After dinner, Geoff gave an excellent presentation which was very personal and open.

The hall looked amazing! There were many helpers during the day and, as well as producing chicken, African bean stew, rice, salad, and cheesecake, the team created a wonderful ambience in the room with the dim lighting, black tablecloths, African material centrepieces, tall white candles in storm lanterns, even African bunting, and best of all, a little market area with baskets of vegetables, wooden bowls, spoons, carvings, and plants arranged on tables and bamboo mats. 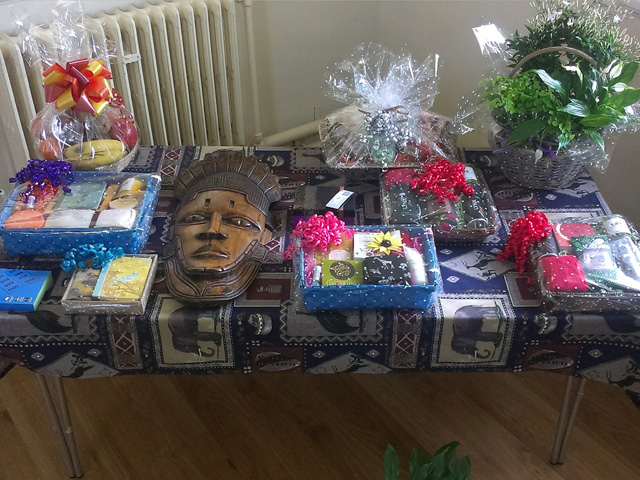 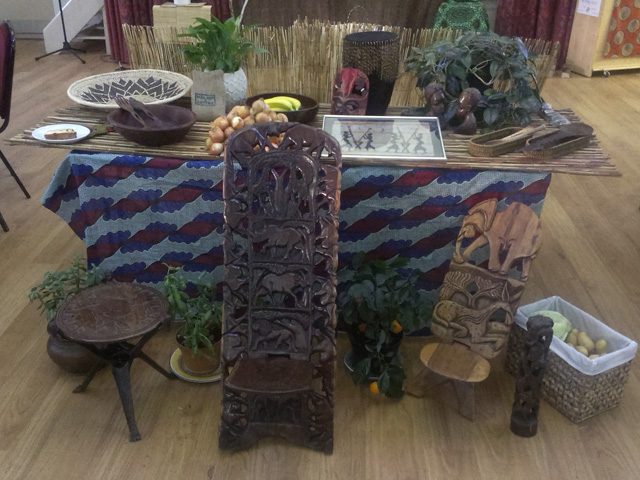 African music transformed the venue, aided by a big screen on the stage showing photos taken on our trip and Geoff’s slides for his talk about RIPPLE Africa’s story. 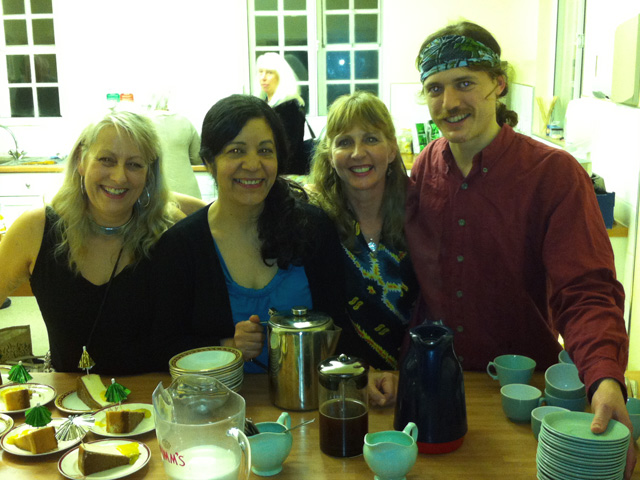 The feedback has been really positive, and we are still basking in it as the evening flew by so quickly we need to re-live it through other people’s comments. Our team is very proud that the idea of an Africantastic Party didn’t stay on the tour bus, but came to fruition and got other people interested in RIPPLE Africa or just showed them what two people can do to “give a hand up, not a hand out”. Geoff and Liz continue to strive, into their 11th year, with love, enthusiasm, steadfastness, patience and, most important of all, in consultation with the people they are serving in the Nkhata Bay District on beautiful Lake Malawi.”

If anyone would like to organise a similar event to raise money for RIPPLE Africa’s projects, then please e-mail us for further information.