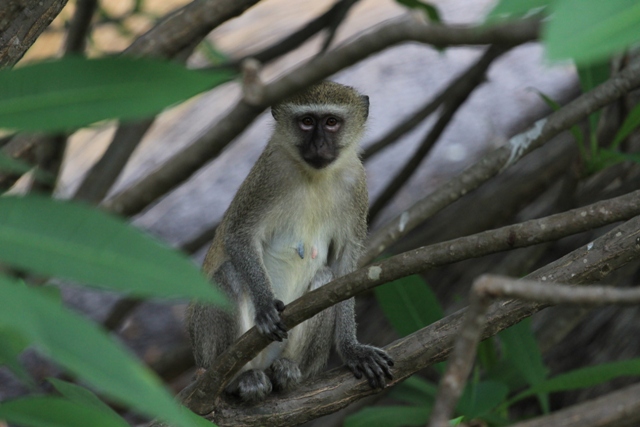 This week’s Mwaya Mondays is written by Will Adams who volunteered last year. He recently brought his new wife Natalie on honeymoon to Mwaya beach!

The above quote, by someone far cleverer than me, forms the cornerstone of most charity work and right in line with RIPPLE Africa’s main aim of giving a ‘hand UP, not a hand out’. Unfortunately the end of the quote has been lost over time:

“Fish too much and you might never eat fish again”.

Returning to RIPPLE Africa after two years it is great to see it is still business as usual at Mwaya Beach; children are still suffering from the same identity crisis as they were the first time I visited, constantly asking “what is my name?” as you cycle past on your njingas, the monkeys are still causing havoc in the vegetable garden, and Geoff’s swim shorts are still lost at sea.

There has also been a lot of change. Rather than bringing along Mumsy, this time I am visiting with the new Mrs Adams, my wife Natalie. A number of new buildings have popped up all over the place including a house for the Medical Assistant at Mwaya Dispensary, a basic overspill classroom for Mwaya primary school and the Physics Lab building at Kapanda Secondary School to name but a few. In Chintheche, the new environmental office gives the organisation a real sense of being and, quite literally, cements in the charity’s intentions for the future.

Sitting in on the bi-monthly managers meeting is an insightful experience and one I would recommend to any volunteer coming out to RIPPLE. Back at home we read about RIPPLE and the various work they do on quite a large scale; planting trees, building stoves, sending children to school etc. Never for a minute do we think about paying pensions, phone bills or transport costs. But it is all these matters of business, these smaller cogs, which make the big projects work and keep them moving.

The Changu Changu Moto project employees over 700 community volunteers (CVs) and in order for the project to be a success it’s paramount to stay in touch with the CVs. Feedback is after all the breakfast of champions! But people don’t want to pay phone bills and petrol costs when they donate. Hell, I don’t even like paying my own phone bill, let alone someone else’s! When we donate at home we like to think of a specific project or buying a material item; giving a man a fish, to use the analogy.

If we want to give in a sustainable way, one that means RIPPLE can still be here in five, ten, fifteen years’ time, then we must give freely and without preference. Don’t get me wrong, I do not wish to bite the hand that feeds by any means, but it is more a reminder to myself that what we see of RIPPLE’s work is really just what is above the surface. Underneath is a network of over 150 staff all doing their bit to turn the cogs that move the machine.

The managers meeting is also a reminder of the differences between how easy we might think a project may be to achieve in the UK and the challenges that arise when putting them into action. Many of the projects involve changing the conventional wisdom of the local communities, be it using the Changu Changu Moto rather than the traditional three-stone fire, or getting the fisherman to stop fishing in the off season so there will still be fish for the future.

Change in any organisation is slow and difficult but more so when it’s changing a way of life. Trying to explain to the fishermen that it is now illegal to fish for four months of the year so that they don’t over fish the lake is only part of the solution, when they can’t see what they will do for food and money in the short term. It’s the same for the Changu Changu Motos; it’s all very well building a new cook stove but if it isn’t used or looked after then the project doesn’t succeed. To make the long-term change takes persistence, and that’s where the CVs and coordinators come in. The change may not be fast coming but if it proves to make a long-term sustainable difference for the future, then it will be more than worth it.

It has been great to be back at Mwaya and being able to show it to Natalie and watch as she becomes engrossed with the huge operation that RIPPLE has become. Someone once told me that Africa gets under your skin and once you have been, it never leaves you. That’s much the way I feel, I hope it’s got under Natalie’s skin too, and hopefully this will be just the second of many trips to Mwaya in the future.