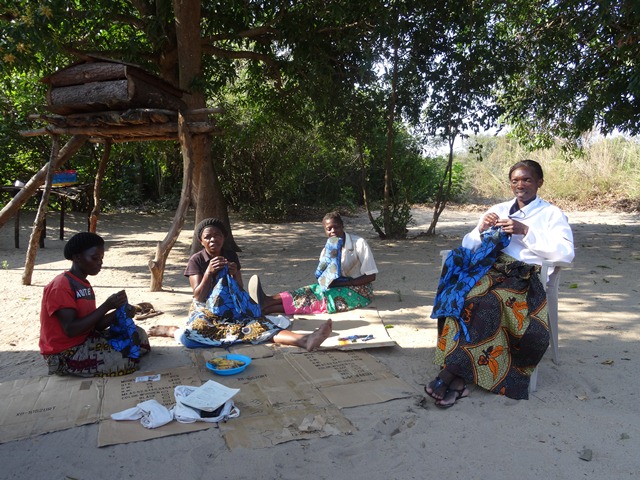 As a newly arrived healthcare volunteer at the beginning of June, I was excited to hear about the new women’s health club that had been set up just the week before by Susie, the outgoing female healthcare volunteer. She was naturally keen that the group continue, and I was more than happy to take over the reins. We now have an active group of seven women, led by Esther (manager of Lowani Beach where the group meets) who also plays a key role as translator. They were keen that some of the weekly meetings concentrate on health topics covered in teaching sessions given by me, but also that we alternated with crafts sessions so that they were able to make use of and show off their considerable skills in this area. Needless to say, there was much laughing when I confessed to being entirely unable to sew in a straight line and that even a button would be a challenge. For the women themselves, it was important that they have the opportunity to take part in an activity that was separate from those related to their husbands.

Initially the craft weeks involved discussing our plans to sell items made from chitenje material to volunteers, visitors to Lowani, and local villagers. I made the decision to purchase three 4m by 2m chitenjes which the ladies have expertly made into bags and skirts. Happily, the students visiting from Aldenham School were keen to buy our wares and, up to now, we have made over 10,000 kwacha in profit. The task now will be to keep this up, particularly during gaps between volunteers. The women have shown themselves to be admirably business-minded but, given the challenges of purchasing materials locally, I hope that their enthusiasm does not drop off. They have grand plans ahead and suggestions mooted so far include making T-shirts with the words “Women’s Health Club” on the back, as well as the ambitious notion of kitting out all of the local primary school children in uniforms!

The health sessions given up to now have concentrated on healthy living and hygiene, basic first aid as well as simple initial management of common complaints before they can get to a health centre, if appropriate. After some initial uncertainty, the questions came flowing and it has given me great pride and joy to feel that I have been of benefit to the local community. Much as the women are enthusiastic, there will certainly be challenges ahead – not least that of maintaining weekly meetings when there are no volunteers present at Mwaya. There is, of course, the tricky concept of balancing the difference between “mzungu” and “Malawi time”, and it is fair to say that all of our meetings have started late but usually just about within the hour that they are supposed to!

At times, it has been tricky for me to be relying so heavily on one other person, namely Esther, in her role as co-organiser and translator. It is crucial that I listen carefully to the conversation around me – to pick up any potential issues – even when I do not understand any of it apart from “awa” (“no”)! I really wanted to ensure that all the women had the opportunity to give their opinions about any number of things, from the colour of chitenje material to how much money they thought we ought to spend on buttons. It would be easy for Esther and I to decide everything together but that would defeat the purpose of a community group.

I sincerely hope that the group continues in one form or other and that any future female volunteers are keen to take over. It has been a wonderful way to immerse myself in the community, and I know that the women are very grateful for any small effort put in. 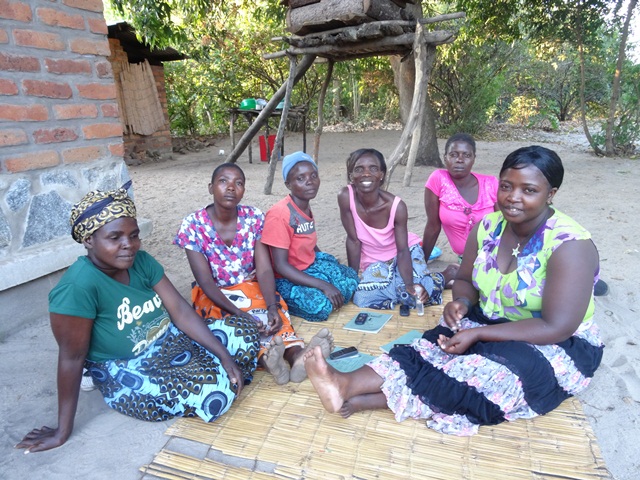