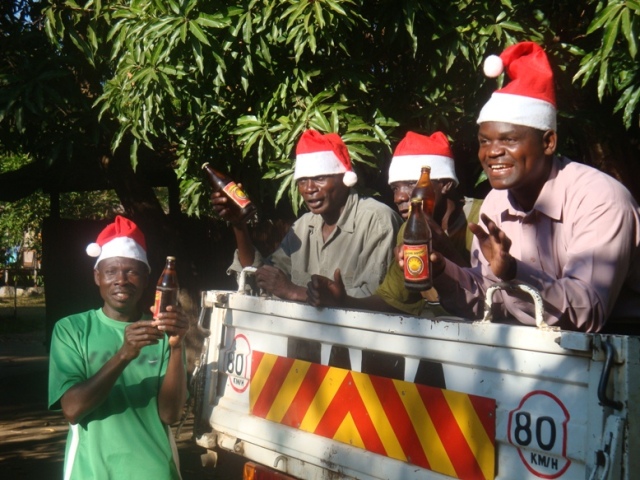 Mwaya Mondays – Vol. 6, Monday 16 July, 2012. This edition of the Mwaya Mondays feature on our blog is unfortunately a day late – however, we hope you enjoy it all the same!

“This week at Mwaya, one of the big jobs was to film a special video RIPPLE Africa is preparing for Christmas this year. Yes we know it’s a little early, but given the work that can go into making a video like this, the team wanted lots of time to prepare, so things have been done in advance of the real Christmas. I won’t say too much as I don’t want to ruin the surprise of the video’s big premiere in December, but it has been a huge amount of fun to film, and hopefully everyone will love it… look out for Mr. Longwe’s cameo role! All of the RIPPLE Africa staff and friends had a great time doing this! 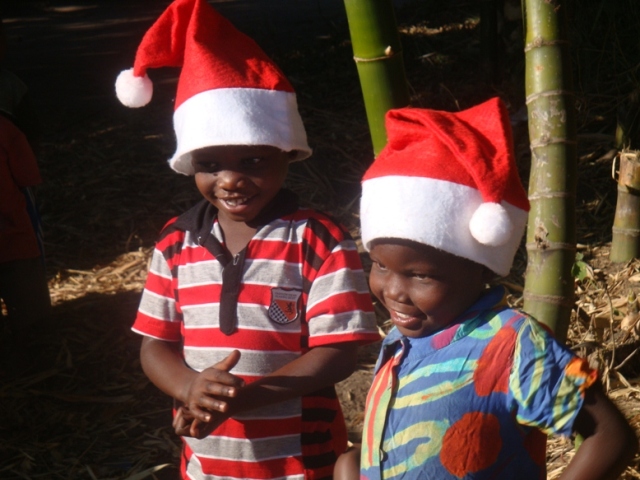 We had a very successful Fish Conservation Project meeting this week with the District Fisheries Officer and the enforcement officer responsible for Nkhata Bay District. The project is really kicking into action now, with agreement on an official off-season, new regulations on fishing net sizes and mesh sizes and restrictions on numbers of fishermen fishing from each landing site. I think the introduction of the new project – with a formal start due to kick off in November – will be a good start in helping to resolve the issue of the rapidly depleting fish supplies in the lake, and will hopefully provide a sustainable fishing future for generations to come.

We also had a visit from Eta Banda this week – the local MP. She was very delayed in arriving as a prior meeting had over-run, so by the time she managed to get to us we had de-camped to Lowani for a visit, so she joined us there for an orange squash. She was extremely impressed and enthusiastic about both the Changu Changu Moto project and the Fish Conservation Project – the latter was introduced to her that evening. She also came with some extremely good news which made her visit even more exciting for us all!

For me, the personal highlight of the week was the Saturday evening, where we enjoyed some nice down time after a good week of volunteering, including some Mwaya Moonrise at Lowani, a bit of beach volleyball (the old team snatching a surprise victory), and performing headstands on the beach. We then returned to Mwaya for a delicious dinner of catfish, cauliflower cheese and chips, followed by an extremely good banana and papaya crumble. Main course was accompanied by gin & tonic and pudding by Charlie’s home brewed banana wine. The giraffe and the newly arrived zebra joined us later on for some dancing on the chairs – Chesney Hawke’s rendition of “I Am The One and Only” even got us up onto the deck!” 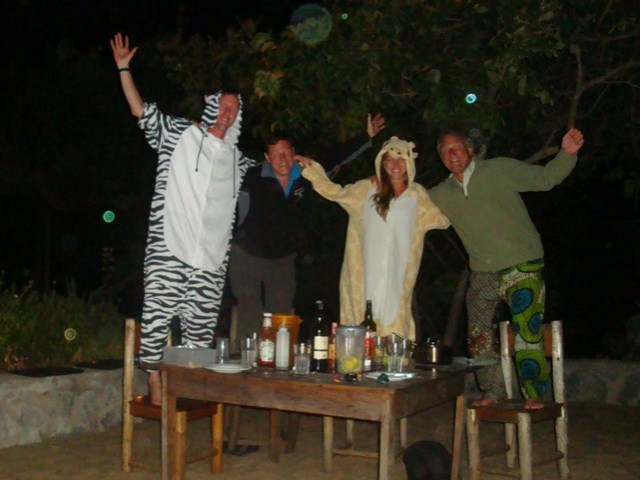 “Hello! So my week was somewhat different to any other week I’ve experienced at Mwaya before, as we started with a few days of Christmas filming which was hilarious! Then we had a very exciting arrival of the new zebra suit! (Thank you, Charlie!) We’ve also had a new visitor, Chris from America, who is in Malawi with the now famous William Kamkwamba, author of “The Boy Who Harnessed the Wind.” Anyone who has spent any time in Malawi will have heard of William, who is now internationally known for his amazing true life story. Chris is a tutor of William’s, and as part of a greater visit to Malawi, stopped by RIPPLE Africa for a few days. Although we didn’t get to meet William, we were certainly delighted to meet Chris and it’s been great having him visit.

On Friday I helped Fletcher with the Under 5s clinic, where children under five years old are weighed to check that they are growing at a healthy rate, and receive immunisations. The process basically involves each mother hanging her baby using a chitenje (beautiful Malawian printed material) on the scale which is hung from the ceiling, and with so many mothers and babies this can all be quite chaotic! But before this chaos begins the mothers all join together, all sitting on the floor crammed into a small building, and sing a few songs – and it is absolutely beautiful. The sound and music that comes from these women is so powerful and passionate, it truly is amazing.

This extremely hot and sweaty morning was then followed by an equally sweaty afternoon as it was the Kapanda Secondary School end of exams disco! Bright (a fantastic new teacher) compiled a great music playlist and the students and teachers danced until dark. The volunteers finished off the week with an awesome day off on Sunday, with a bit of sunbathing, a swim out to the rock, then over to Kande for a half-price day of scuba diving and a BBQ!”