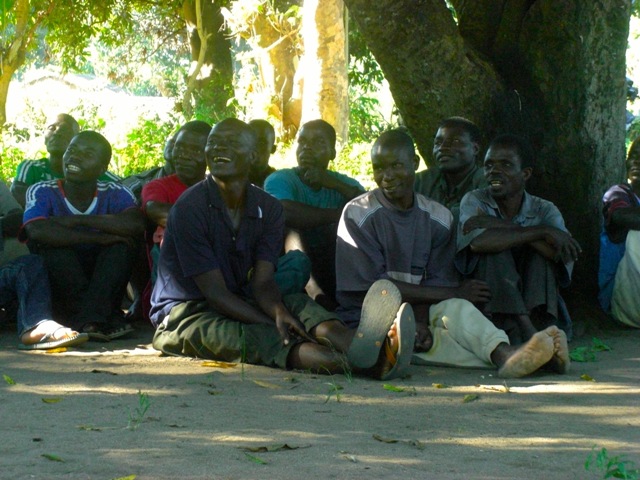 Confessions of a Bicycle

I’ve been left outside in the sun for about three hours now. I know I’m in my sixties and weigh more than the aeroplane my new Mzungu arrived in but surely a bit of shade and a padlock is not too much to ask. He’s a nice enough lad I suppose, just not used to the pace of cycling here in Malawi. Everywhere we go seems to be fast. The other bicycles have started calling us Changu Changu Mzungu. Probably because we look like we’ve just remembered we left the Changu Changu Moto burning at home. The chances are it would be ok anyway since it’s such safe cooking method.

Outside the clinic it’s a procession of small humans being carried by bigger humans. From what I can see the smaller humans are presented to a variety of bigger humans for poking and prodding then passed to my Mzungu human where they are poked a little harder and often with a sharp needle. It leaves them understandably deflated. Actually most of them are crying just on the sight of him. The game ones try to run but they never get far. Although I don’t have the faintest idea of the purpose of this carry on the bigger humans look very grateful to my Mzungu human. It’s kind of like the time he took a pair of pliers to my front brakes. I didn’t know him more than an hour but he snuck up and used his infernal tools on me nevertheless. To be honest they needed treatment and they do feel much better now. Hopefully it’s a similar situation with the small humans. I was deflated myself later on that day and he had to walk about 6km. As they say what goes around comes around.

Our day yesterday was a different affair to the usual. We went in convoy with the other bicycles and their Mzungus to a village. There was some carry on called Health Club happening there. Lots of humans gathered there for it, about 150 I’d say. Some of the humans I see regularly and some of the Mzungu humans were front and centre entertaining the rest. It was all fairly bizarre behaviour but very well received by the rest of them. From what I can gather it was pretending one thing was happening but with deeper meaning about something else; family planning, traditional vs western medicine, adult literacy, etc. Bicycles aren’t big on hidden messages but like I said the humans watching were enrapt. Maybe I could set one up to tackle issues such as lubrication, correct seat height, brake maintenance and the like. I’ll let you know how I fair.

The week in numbers