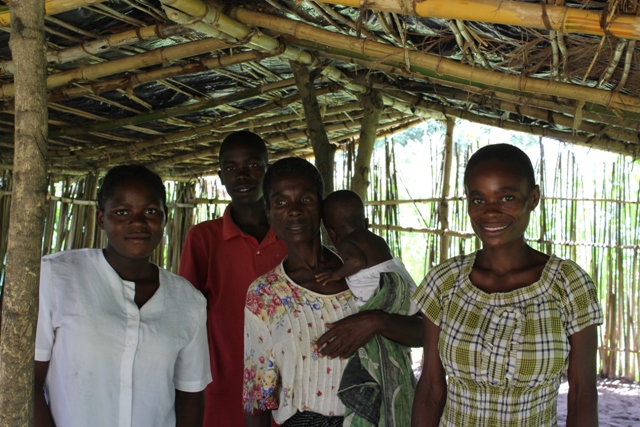 “It’s been another productive week, arriving back at Mwaya last Sunday evening after a weekend spent in Nkhata Bay, snorkelling and watching the famous fish eagles catch their fish in front of our boat. Now back to teaching colours and shapes to the pre-school children as well as a long list of songs, the favourite new one seems to be ‘Baa baa black sheep’ which always manages to get plenty of giggles. This week I’ve visited Mwaya, Katenthere, Mazembe and Kachere 2 pre-schools.

We have had a few rainy and stormy mornings so classes have been somewhat smaller than usual; however this allows more opportunity to focus on the individuals that do turn up.

I was shown a new pre-school early in the week in Kachere. While RIPPLE Africa already runs one pre-school in the Kachere area, I went with Jimmy to see another nearby which had been started independently by the community and had only been running for about 20 months. It was interesting to see how some of the pre-schools here started out and what progress and hard work has been put into developing them to the standard they are now functioning within the community.

We also ran our first Art Club class at Mwaya Primary on Thursday which was a real hit with the children. With music playing and a large stock of colouring utensils and paper the children really enjoyed tracing around their hands and decorating the inside with patterns and images from their imaginations and ideas that inspired them from books or their memories. We found out that art is in-fact on the curriculum here but due to lack of resources and more emphasis put on the more essential core subjects they rarely get a chance to create such pieces, so it was wonderful to see their enthusiasm and talent shown in their works.

I have also been giving some of the pre-school teachers computer tutorials, as many people here have never used a computer before, but so far they have been picking it up very quickly.

Once finished at the pre-schools in the mornings I go to Mwaya Primary twice a week to help tutor groups of 3-4 children in English if they or their teachers feel they are falling behind. This has been trailed by other volunteers in the past and is proving to be very successful. With such small groups it’s easy to give the children some important details needed to help them improve on their skills.

We have had another guest come and visit us at Mwaya this week, David from England who is a consultant for the charity, and who much to our delight brought with him some wonderful treats such as cheese and chocolates just to name a few, so we have been indulging ourselves.
During spare time there’s plenty to keep us busy, such as swimming in the lake, baking with the cooks, giving yoga lessons to Charlie, and enjoying drinks and tasty meals on the deck. Hopefully tonight we might see another moon rising over the lake.”