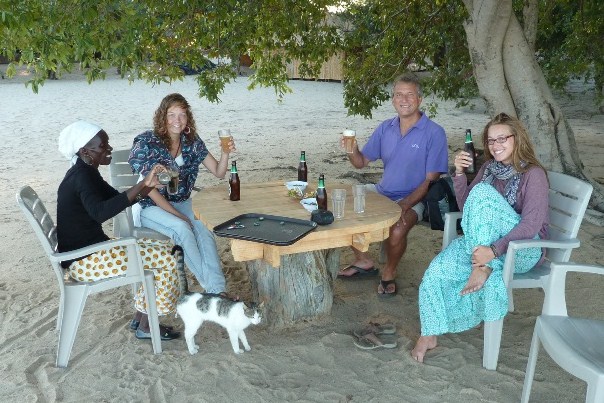 Another week started with another departure, with volunteer Eve leaving very early on Tuesday morning. So we were all up at 5am for her last breakfast of scrambled eggs and the traditional farewells. She was only here for 4 weeks, but she settled in so quickly and easily that it seemed longer. Geoff and I spent most of the week at the Chintheche office, doing more work on the changu changu moto and fish conservation projects. Mainly trying to get systems up and running so that information can be collected and records kept in an organised way, Kennedy and Jimmy at the office are doing a great job and working really hard. We also met TA Fukamapiri, the local head chief, and talked to him about the proposed fish conservation project, which he seemed really keen about. The older generations in particular notice the difference in fish stocks and realise what a problem there is with over fishing. Morton, Dan and the team did their monthly trip to Mzuzu, getting back about 8 o’clock at night as usual. But they managed to get most of the items they needed including building materials for the new double teaching block at Mazembe primary school. The building now has completed foundations, so is coming along nicely. And Ester (who many will people know if they have spent any time at Lowani Beach) is pleased that her new house at Lowani is nearly finished, so she and her daughter’s, Eliza and Gift, should be able to move into it this week, which is exciting for her.

Volunteers Georgia and Jenni are continuing to teach various subjects at Kapanda, where the pupils are now in the throes of exams. And they are also helping out with the girls’ netball and football teams, as well as hoping to get a girls volleyball team going. A new teacher started there this term, who is called Bright and teaching Geography and Sciences, he seems very nice and is settling in well. Furthermore, Amos Banda informed me that the boy’s football team will be representing Nkhata Bay District as they have won all their games this season, so congratulations to them and good luck against the other districts this weekend.

A new visitor called Annet arrived on Thursday. She is from Holland and has been to Mwaya before, it’s great the number of returning volunteers we get. Over the years she has raised quite a bit of money for Kapanda school, so is looking forward to going there and finding out about what’s been happening. She is also planning on checking out as many medical projects as she is six months off becoming a fully qualified doctor. But she only here for 2 weeks, so will a busy time looking at all the different projects. 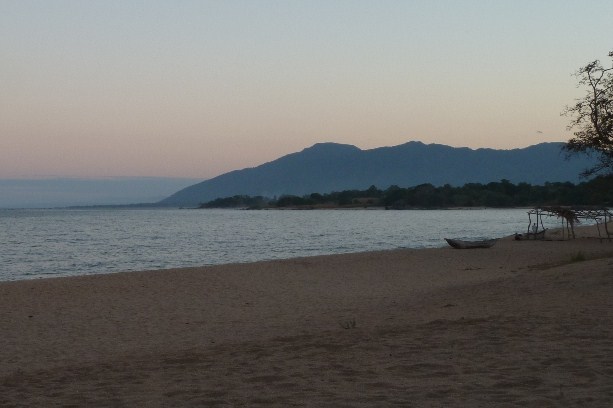 Saturday was volunteer Helen and Kelly’s last night, so we had a chitenji themed evening, with a staggering array of colours and patterns! We even had beef curry and poppadums for delicious dinner on the terrace, beneath the beautiful stars, which are particularly good at the moment. Unfortunately, this meant come Sunday morning, we had more farewells to say. Helen and Kelly will certainly be missed, so off they went to Likoma Island before leaving Malawi, but let’s hope they’ll be back in the future. In fact it was rather chilly and very cloudy as they left, so we decided watch ‘Elf’ again, as it’s about the only film I have, fortunately I don’t think I’ll get bored of it too soon! But come lunchtime the sun came out again for a glorious afternoon, so I spent a bit of time in the sun on the terrace. This was followed by a few of us playing ball games in the lake and finally a beer down at Lowani to cap off a lovely day watching the beautiful pinky/orange sunset hues envelope the horizon, splendid!