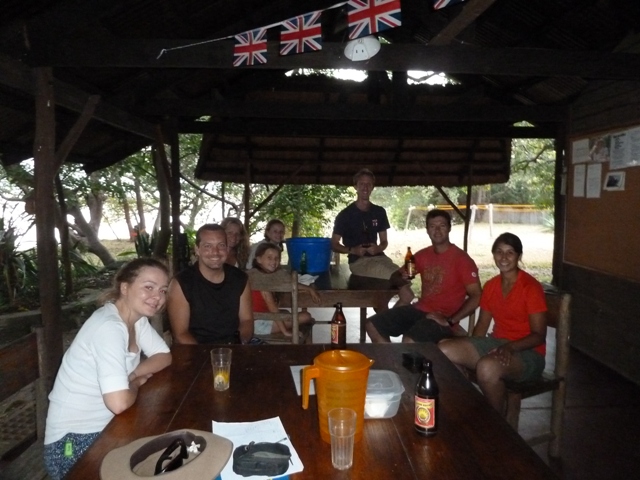 “The week started off very well indeed when I managed to source some vaguely sausage-like looking sausages! As many of you well know the freezers at Peoples in Chintheche are not the best stocked and I haven’t had anything from them this year! Anyway, after leaving my basket on top of one of the freezers I was just about to check out when I thought I’d have a gander inside for the first time in ages. The first one was pretty unspectacular and full various and strange looking cuts of chicken, oh well I thought, not to be. But behold, the second freezer was full of sausages, entirely sausages! Though on closer inspection most of them were pretty ropey, but we managed to find some half decent ones. However, my excitement at the supermarket hadn’t finished there. Having had no crates of Green, Special, Kuche Kuche (Malawian beers) or tonic for months I rather optimistically asked if they had any of the afore mentioned. But to my great and pleasurable surprise they had 5 crates of Kuche Kuche, so without further ado I grabbed the lot. I later met a guy from Kande Beach Lodge who was grumbling about Peoples having run out beer entirely, hehe! Unfortunately the great tonic shortage continues to add a slight blight to proceeding at Mwaya. So obviously we had to have bangers and mash for dinner, one of my favourites, and the cooks also had a stab at red onion gravy (recipe below if you’re interested), and I couldn’t wait for dinner. However, my excitement was slightly tempered by the presence at dinner of someone who hadn’t eaten meat for 8 years, a vegetarian if you will. So I looked on nervously as she tried her first few bites. But I need not have worried as the cooks had triumphed again and the meal was a success, with a converted vegetarian thoroughly enjoying her first serving of bangers and mash. Just when I thought I couldn’t enjoy this dish even more……. and we had mustard, perfect! Other culinary delights included roast chicken, with Geddess’ stuffing particularly good on this occasion. And veggie spag bol on Tuesday including fresh herbs from the new herb garden and garlic bread, lovely. Now you may think that all we do here is eat and talk about food! Well, you’re not too far from the truth. In fact the communal meals are an integral part of life here at Mwaya and one of the best things about it. But, yes we do talk about food a lot, though in a way not having everything on tap makes it more special when we do have a treat. And of course the cooks here are all very good, so we’re very lucky.

Rhiya and Imola the volunteers who arrived last week are settling in well. They are both really busy already and getting stuck into things. Rhiya’s really interested in the environmental side of things and has been spending lots of time on the Changu Changu Moto project. Imola’s been doing lots of tutoring and managed to get a ride in one of the larger local fishing boats (not a canoe thankfully) the other morning and cruised across the bay paddling away! And she’s been learning how to play Bowa, the local pastime, from Faston the woodcarver.

We also had a family of four stay at Lowani for three nights this week. Ross, Jessica, Jade and Jazz are from Australia and are travelling around Africa. They are friends of a family that some of you may remember called the “Dozzies” (Dutch Australians!) who stayed at Lowani last year. Well, they all live in the same street in Sydney, so thought they’d call in. They also had an important delivery to make. The Dozzies had made a booklet about their experiences travelling around Africa, which included a section on their time with RIPPLE Africa. So they wanted us to have a copy for everyone to see, thanks very much. Ross and family were great fun, very easy going and really enjoyed looking round at some of our projects before they head to Tanzania for the next leg of their journey. 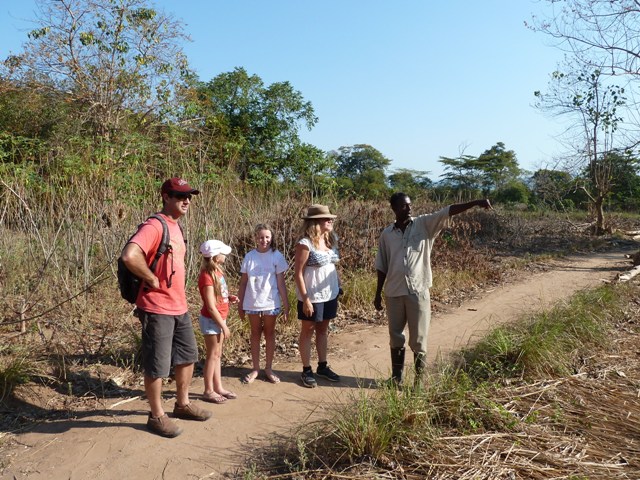 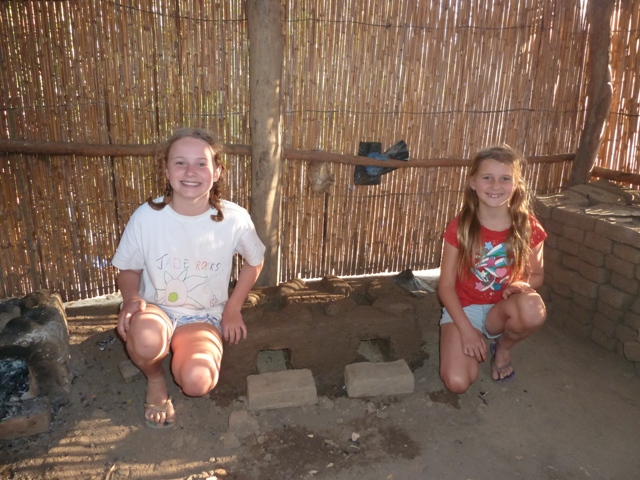 Sadly Chaz and Jarrod left on Friday morning. It was lovely having them here again and they had a great time catching up with everyone and doing lots of tutoring. They spend a few days on Zanzibar before heading back to England, we wish them safe travels.

Mazembe Primary School continues to progress well. When I went there on Thursday they had finished putting the roof trusses up, next step will be the tine sheets for the roof itself. And in another building project the builders have started digging the trenches for the foundations of the new Environmental office in Chintheche. 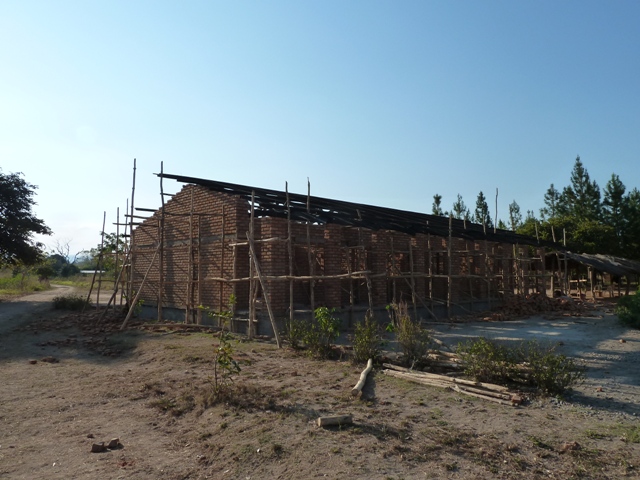 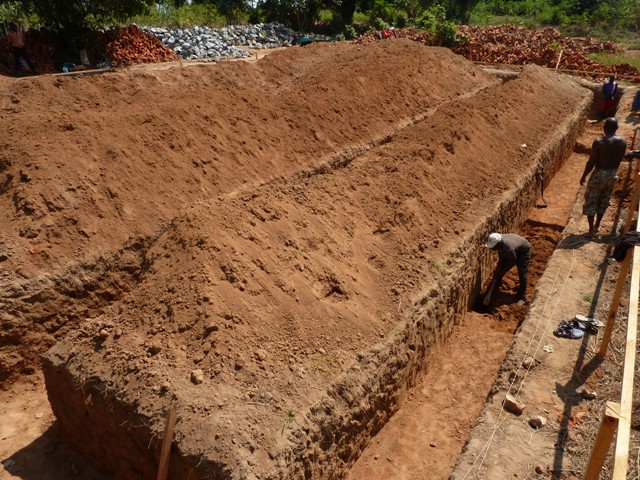 A disposal tank is just about to be built at Kapanda Secondary School for the physics lab. So Morton, myself and Andrew, the head builder, went to have a look where to position it. Whilst there, we also saw Pardon working away for his summer holiday’s pocket money that an ex-volunteer donates in exchange for him helping out around the school grounds, keep up the good work!

Geddess became a grandmother again this week, when her daughter-in-law and Aggrey’s wife had a baby. Mother and newborn doing well apparently.

The bad news at Mwaya is that Fabiana has gone on leave; I think he’s gone to his villa on the Med for a few weeks! The kitchen will miss his smiling, jolly face and dericious cooking whilst he’s gone.

And finally, India’s had two more kittens, for those of you interested in the cats. We also have Chicago still around and one of her youngsters, as well as Hyena’s three offspring, though Hyena herself hasn’t been seen for a while.

Red onion gravy recipe, courtesy of Gary Rhodes:
Chop one large onion and some garlic and fry in some butter and sugar to caramelise and soften. After about 15mins add enough balsamic vinegar to cover the base of the frying pan. Reduce this down for about another further 15mins, so the mixture becomes syrupy. Then add some stock (one stock cube and as much liquid as necessary), season and simmer away for a while until it tastes to you liking.” 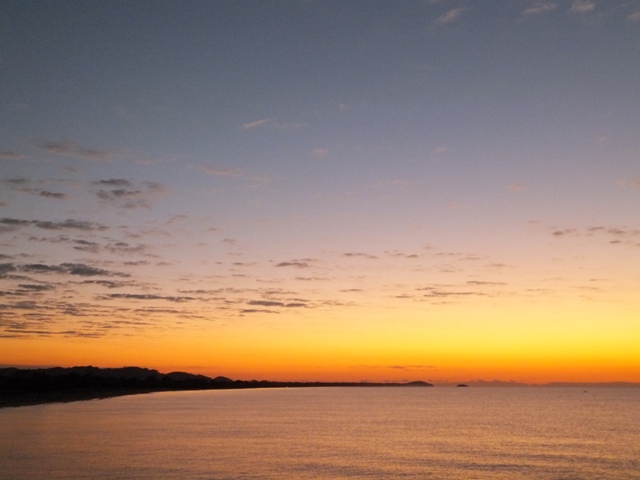