A Message of Thanks from Yalerd Banda 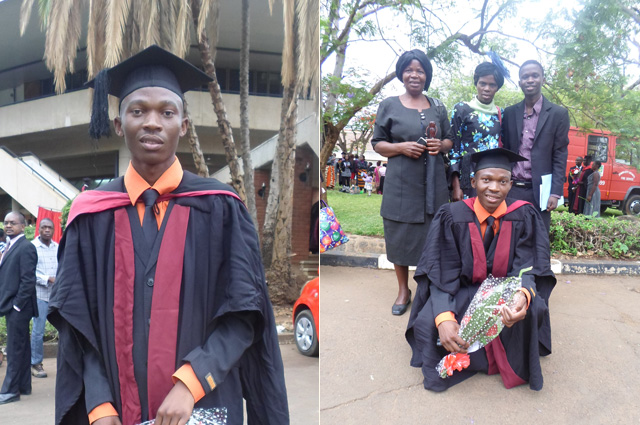 Yalerd Banda is a young man from Mwaya village in rural Malawi who has been supported by RIPPLE Africa and a few other donors over the past 10 years to attend secondary school and then to study for a degree in Mechanical Engineering. His graduation took place in Zomba on Wednesday 19 November, and RIPPLE Africa provided his mother, Daidosi, who works for RIPPLE Africa at Mwaya Beach, with money for transport so that she could attend her son’s graduation.

He wrote the following message to us a few days later and, to mark Giving Tuesday today, we wanted to share his words with you.

I would like to sincerely thank you [Geoff and Liz] as individuals and RIPPLE Africa as an organisation for the support you rendered in my studies. As you might have accurately realised over 10 years ago, for most of us in Mwaya (and similar villages across Malawi) attaining even the most basic of education was and is still a struggle. It therefore called for love, it required someone with a deep vision who would recognise the potential of individuals in a generally lagging community, firmly believing that everyone with determination and accompanying support could reach great heights in life’s ladder. That well directed support in due season could bring about transformation in families, villages and other social entities in more than one way. While others are to experience real change in social-economic status due to what has been achieved, the bigger change on a larger scale is that of transformation of mind – a new mindset that ALL THINGS ARE POSSIBLE, that what could only be dreamed of is actually achievable, that what could just be heard from a distance is now here – it has been seen – it has happened to those we have been with – those we know – those we have shared resources with!

The journey from Mwaya Primary School to successfully completing a programme with the University of Malawi would well have remained a ‘good dream’ had it not been for God through RIPPLE Africa and all those who have found supporting its many noble causes their ministry. Time and space would fail me to narrate all the works of Elaine Donovan, Anthony Wakeman, Darren Isaacs, countless volunteers (some who taught and provided me with much needed motivation – that too is valuable) and numerous other supporters I may not have known about.

Further thanks [to RIPPLE Africa] for catering for my mum’s travelling requirements to my graduation in Zomba. You should have seen how proud she was – trickle downs of the RIPPLE impact!

We are very proud of everything Yalerd has achieved – he is a shining example of what is possible with hard work and diligence, and the support of some individual donors who believed in him.

We send our congratulations to Yalerd and wish him the best of luck for the future. 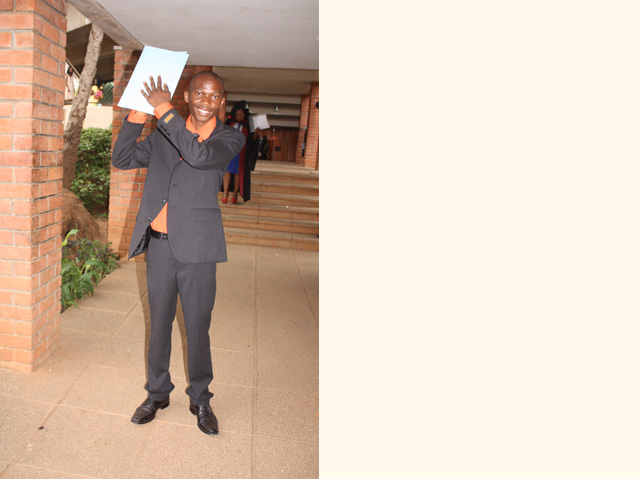