It’s only been a few weeks since the start of RIPPLE Africa’s March to Malawi initiative, and already the event is proving to be a big success. 42 parties (made up of individuals, couples, and groups) have now signed up to walk their share of the 8474 mile distance to Malawi, and fundraise their way to the joint goal of £20,000 for RIPPLE Africa. Our amazing group of participants come from all over the world, with our volunteer walkers hailing from England, Scotland, Ireland, the USA, Canada, Germany, Australia, Gibraltar, Malta, and even Malawi! There are lots of really special people pitching in for this amazing fundraiser, and to start a series of special profile features on our participants, we are focusing first on our very biggest group: “Malta March to Malawi Challenge.”

The Malta connection began with Francesca Bianchi, who is one of RIPPLE’s long term supporters and advocates. Francesca has been an active part of the RIPPLE Africa family for many years now. When she heard about the March to Malawi challenge, she felt inspired to get her friends to participate but worried that the close shared community in Malta would mean too many mutual friends asking the same people for sponsorship. Instead, she created the “Malta March to Malawi Challenge” made up of a group of special women in Malta, with its own unique fundraising strategy. The group aims to meet a couple times a month for fun walks in the beautiful Maltese countryside, and anyone can join in on a walk in return for a five euro donation. The group’s first walk took place on the 16th of March, and was a tremendous success. 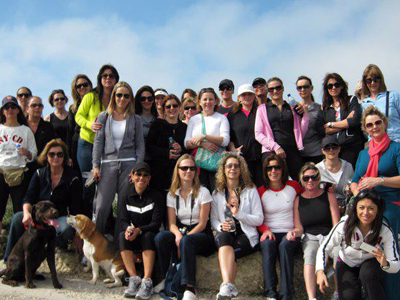 “To get this started, Muccia Manduca and Gabi Mizzi really helped to get the hype going and create awareness, all this was done through Facebook. The first event was a great success with 33 ladies and 2 dogs, everyone was really generous,” Francesca said of the event. “Special recognition goes to Corinne Camilleri who donated 200 euro, Christine Salomone who collected £180, Annelise from Noddy’s School– 100 euro, Tania Cluett brought her exercise class over to join the walk instead of working out in the studio and she donated her fees of 230 euro, Michelle Vella Distephano donated 75 euro many others donated 5, 10, 20 or 50 euro! I was very, very impressed at the success and the generosity of the Maltese people. We walked around 7km in the beautiful Mtahleb countryside. Here in Malta we’re rather lazy, so the aim is to walk a little, talk a lot and donate whatever we can, with the emphasis of creating awareness and money for Ripple Africa.” The picture of women is from the first ever Malta March to Malawi walk, and pictured is Muccia, Gabi, Janine, Joan, Paula, Giselle, Mary, Audrey, Angie, Ghilsaine, Joanna, Melanie, Beatrice, Maryanne, Tania, Veronica, Deirdre, Annelise, Rachel, Roberta, Nikki, Rosie, Phyllis, Victoria, Corinne, Michelle, Julie, Mattie, Angele, Inger, Annemarie, Julia, dogs Buddy and Holly, and Francesca. 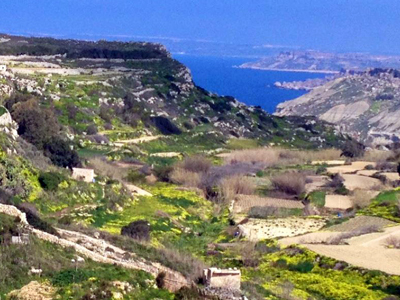 The fantastic thing about the Malta March to Malawi Challenge, is that this amazing group of women have taken a theme in which over 40 different parties are participating around the world, and have really made it their own. Not only is the Malta group the single biggest “participant” on our list, but they have been the most original in their thinking, and the most inclusive in their activity. They have already managed to raise £1632 in total, in just the first three weeks of activity! If you feel as inspired by this group as we do, consider making a donation to their efforts, or adopting some of their ideas in your own fundraising techniques. For anyone in Malta who wants to join the group, the next big walk is scheduled for the 30th of March at 9:15, and you can get in contact by joining the Malta March to Malawi Challenge Facebook Group. 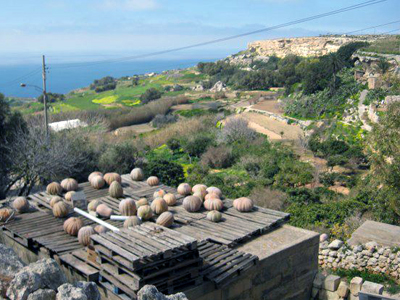 With some final words from Francesca: “What inspires me is seeing all the fantastic work being done by Megan, Liz and Geoff and all the Ripple Africa team. I am so impressed with all the hard work and dedication and how they have managed to change so many people’s lives. How they manage to do so much, are all so creative and have so many projects happening in Malawi is just amazing, and it is so refreshing and uplifting to see so much good in human beings when we are always bombarded with terrible news items of wars and killing. Ripple Africa’s team and others like them never get the acknowledgment or coverage or awareness they deserve.”

On behalf of RIPPLE Africa, thank you so much to all the wonderful women in Malta who are working so hard on our behalf!