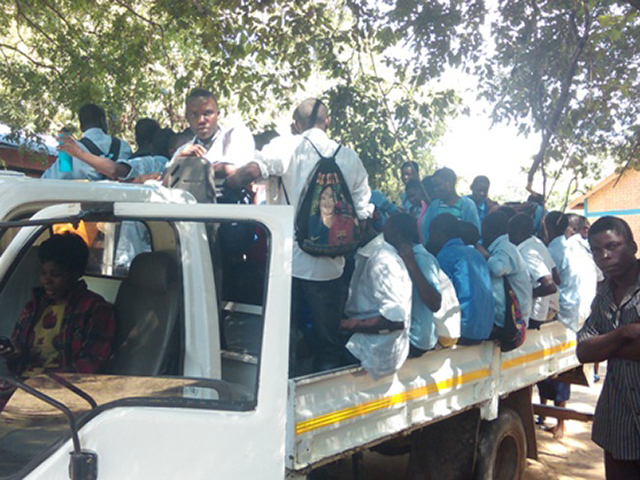 I have been volunteering at Kapanda Community Day Secondary School for a month so far, and this Saturday I was invited to join them on a school trip. The students had been told to arrive at the school for 8:00am as we were meant to be leaving at 9:00am. As with most things out here, though, time is not very important, and we eventually set off at 10:10am. Fifty five students and six members of staff climbed on to the back of a truck and two other teachers and I sat in the front (luckily!)

We drove for an hour and a half down to Ngala, in Nkhotakota District, for the students to learn about the effects of deforestation. One of the teachers spoke to the students first about the lack of trees left in this area before the students were introduced to some of the locals to ask them about the effects deforestation is now having on their lives. One family told us that two of their family had gone out to collect firewood at 6:00am and were still not back yet (it was nearly midday at this point) as they have to walk a long way to collect enough wood to last them two or three days. 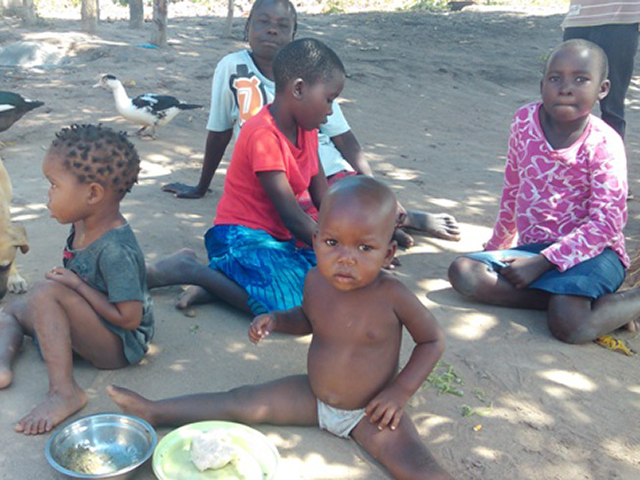 We then went to speak to a local farmer who said his crops were failing because there is not enough rain anymore in the area, and he cannot afford to install an irrigation system. Although the lake is very close, it requires a lot of manual labour (which he can’t afford to hire) to water his crops. The students are going to continue discussing the effects of deforestation, and possible solutions to it, in their Geography lessons next week.

Then we drove back to Kasitu where football and netball matches had been organised against their local secondary school. Kapanda had been training very hard all the week before for these games and many locals had come along to watch the matches. When we arrived, the other school had not turned up yet so the students, and staff, were given some free time to go to the local trading centre (the hub of the village with some shops/stores) to get some lunch or snacks. 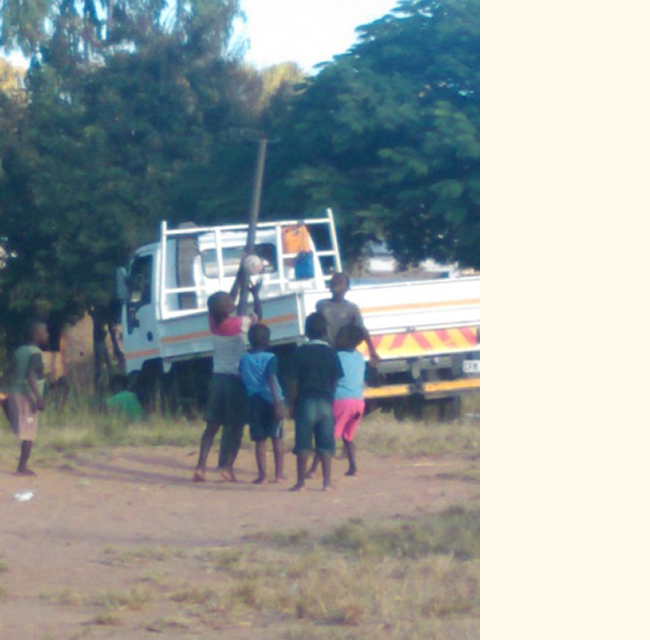 The little kids wanting to be like the big kids!

Kasitu’s football team were running on “African Time!” so although the game was organised for 1:30pm it didn’t start until 3:45pm. However, this gave everybody a chance to watch the netball games first. Kapanda’s Team B played first and unfortunately lost, but then Team A won. There was a lot of dancing to celebrate! 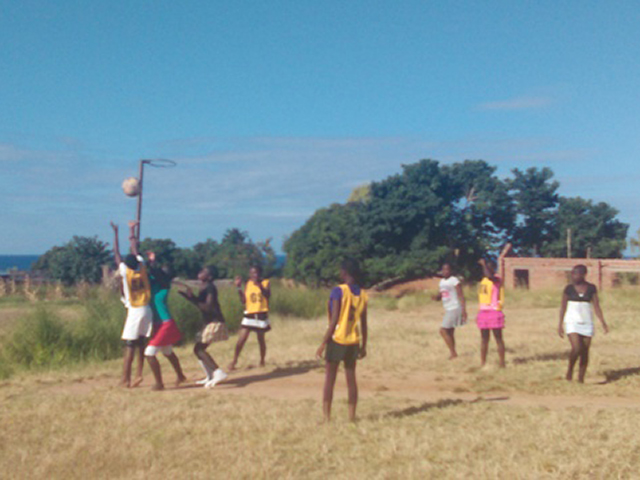 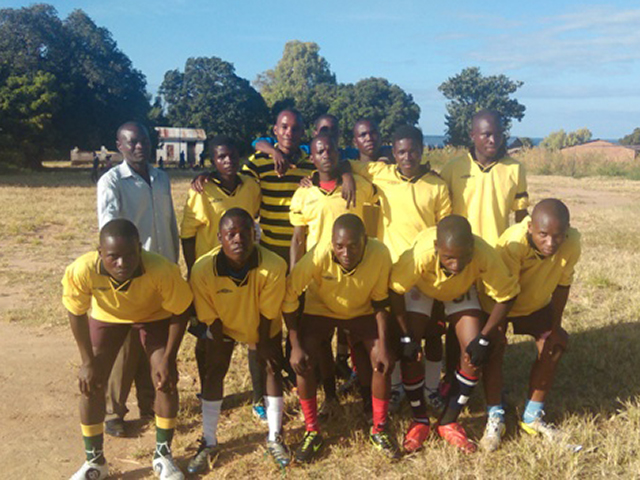 Kapanda Football Team before the game

By the time the football game started, there was a very large crowd of spectators to cheer on both sides with the netball teams doubling up as cheerleading squads. Some of the locals were selling popcorn, sugar cane and ice-lollies along the side-lines and there was a great atmosphere. The football game itself was made slightly more hazardous by people dancing on the pitch, children running across and chickens on the pitch but this didn’t seem to faze either side. The first half ended 0-0 but Kapanda had had four shots on target whereas Kasitu had only had one.

Within the first few minutes of the second half, Kapanda scored! This sparked dancing in the middle of the pitch and lots of vuvuzelas being blown. About 15 minutes later Kasitu scored an equaliser, although there was some speculation that they were offside! However, five minutes before the end of the game Kapanda scored again, making the final score 1-2 to Kapanda! It was very late by then so we had to make our way straight back to the truck, but with lots of singing and dancing along the way which carried on the whole way home!