In Memory of Cheya and Peter 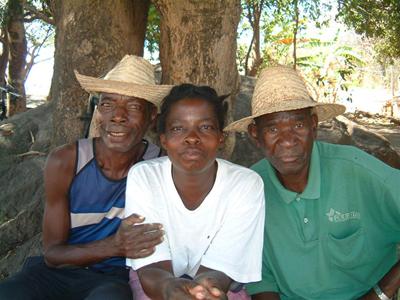 For RIPPLE Africa, our staff are our family and make the charity and Mwaya Beach all that it is.  It is with this in mind that it has been a particularly sad year for RIPPLE Africa, as SIX members of our staff have died since January.  The most recent losses are those of Cheya (gardener and day watchman) and Peter (retired, but previously a gardener and manager) died, and we are asking volunteers and friends of RIPPLE Africa to make a donation in their memory so that we can help their families.

Cheya was born in 1939, and he started work at Mwaya Beach in 1996 with Kristin, the previous owner of the property. He is survived by a wife and eight children, the youngest ones being 2, 6, and 8 years old. He was a lovely man who was completely reliable and honest. He always had a smile, and it was reassuring to have him at Mwaya Beach. Latterly, he suffered some illness and died of heart failure.

Peter had been retired for several years due to poor health, but his son Lawrence (the gardener) has been working in his place. Previous volunteers will remember Peter who worked as a gardener and previously as a manager, and he helped Kristin to build many of the original buildings. He is survived by his wife and we are not sure how many children. He was a gentle, kind man who provided many years of loyal service to Mwaya Beach.

If you knew Cheya or Peter and would like to contribute to their families in their memory, please make a donation here.

Both men will be very sadly missed.