The Chambo fish (Oreochromis sp) has long been one of the most popular fish caught and eaten in Malawi and is therefore very sought after. Unfortunately, the high population growth in Malawi has put the species under such pressure that three out of the four species of Chambo are now classified by the IUCN as Critically Endangered. Many other species are also in decline and fishers have resorted to using longer and longer nets, many made from mosquito nets donated for malaria prevention. These nets can catch thousands of baby fish at a time in the shallow breeding areas, which greatly impacts population growth.

This is a tragedy for the world’s most biodiverse freshwater lake and previous attempts to solve the problem have proved unsuccessful…until now. Ripple Africa, a UK based charity, has worked in Malawi for the last 16 years and ensures that all of their projects directly involve local stakeholders. By engaging with key people at the start of a project and involving them in the planning, continued interest and commitment in the project is encouraged. Through effective communication, stakeholders are made aware of the financial, nutritional and ecological benefits that come from protecting and conserving the fish.

Ripple Africa’s ‘Fish for Tomorrow’ conservation project was first introduced in Nkhata Bay District in 2012 and expanded in 2016 to include Nkhotakota thanks to funding from the Darwin Initiative.

To date there are over 2,500 local volunteers protecting fish species along Lake Malawi’s shoreline, which is possible only through true partnership between Malawi’s Department of Fisheries, Ripple Africa, and local communities.

By involving and gaining the support of all those who rely on fish and helping them to understand the importance of conservation, the problem is now being effectively tackled. Rather than enforcement being a government responsibility, community members are now confiscating illegal nets from their fellow fishermen to protect the juvenile fish. Instead of catching thousands of smaller fish which will feed a family for only one meal, fishermen are now catching much larger fish which provide greater financial and nutritional benefits.

Fishers understand their role in conservation and have become the solution to their problem. 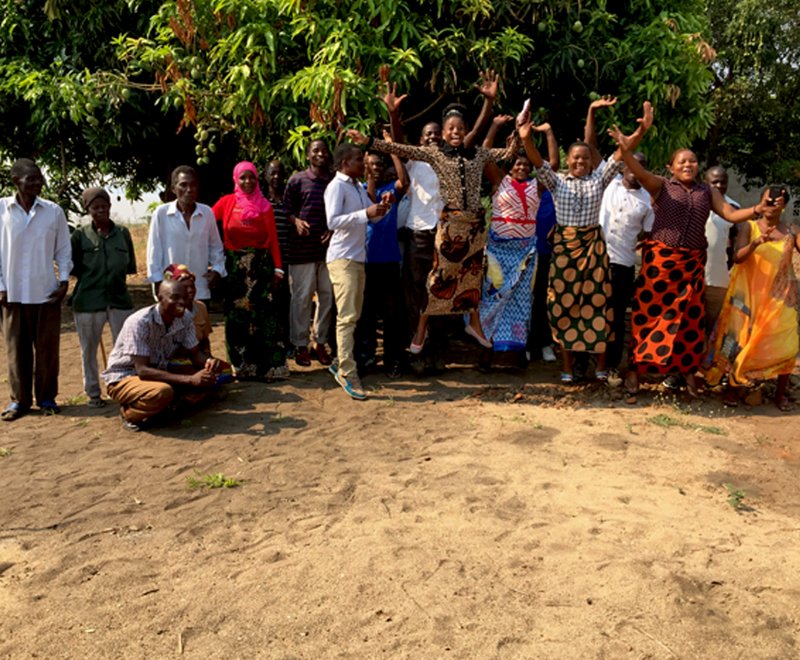 Custom Banda is a fisherman in Kambidingu in Nkhotakota District. Since the start of the project, he has seen more small fish in the lagoon. The increase in the number of fish can be contributed to the efforts of the community who ensure that no fishing takes place in the protected breeding ground. As a result, fishers are now able to catch larger Chambo and are also seeing the return of Mpasa ( Opsaridium microlepis ), a species which had previously disappeared from their part of the lake.

‘Before the project, I caught only a few small Chambo but now I am catching more and they are big, big fish. I make more money and can now pay school fees for my children. I am very happy!’

Through the project, Ripple Africa are developing the capacity of local people along the lakeshore to become custodians of the lake for themselves and future generations. Those who rely most on the lake are the ones who will be making sure that there will be fish for tomorrow’s generations in Lake Malawi. As you can see from the enthusiasm of the committee at Chia Lagoon, one of Malawi’s largest Chambo breeding areas, they love being in control of their fisheries and their futures!