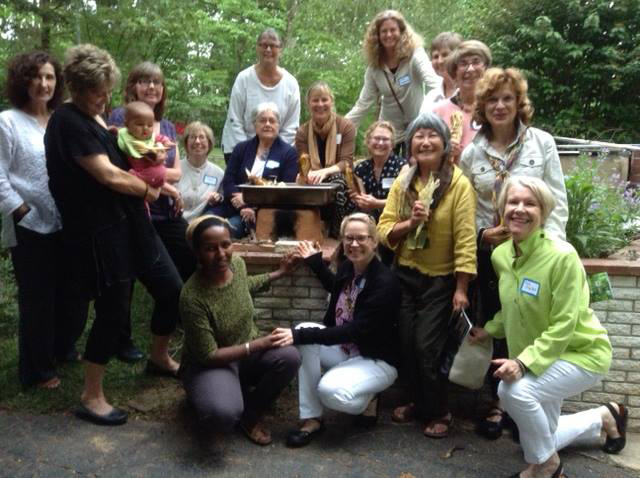 This blog has been written by Kay Yoder, Director of Operations for RIPPLE Africa, Inc., in America

The DFW Asheville, North Carolina, chapter embraced the Changu Changu Moto project so enthusiastically that they even built their own!

This past spring, the Changu Changu Moto fuel efficient cookstove project sent ripples all across America, as thousands learned about its many benefits and raised $45,000 to provide an additional 3,000 stoves in Malawi!

RIPPLE Africa was selected from countless applicants to receive funding from Dining for Women (DFW), an organization with 430+ chapters that meet monthly across America to share an ethnic potluck meal and learn about U.S. charities working in developing countries that benefit women and children. Money that otherwise would have been spent going out to dinner is pooled together by chapter members and is collectively used to fund monthly projects. 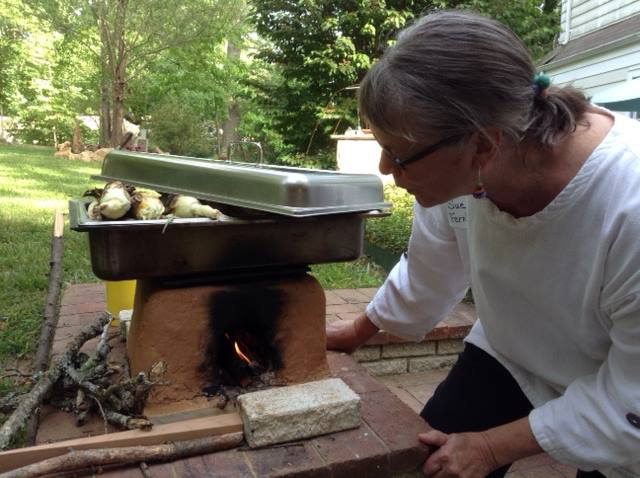 The DFW Asheville chapter cooking on their Changu Changu Moto

I first learned of Dining for Women over two years ago and became a member of my local chapter here in Florida shortly afterwards. Not only have I found the meetings extremely informative, but I have also developed a real sense of community amongst my fellow members who share my same concern for global issues and desire to do something to help. Although it was not my motivation in joining the group, I almost immediately realized that RIPPLE Africa’s Changu Changu Moto project would be a perfect candidate because of the many ways in which lives are positively impacted by the cookstove. After a very arduous application and vetting process, I was thrilled to learn that the project had been selected and would be featured to the DFW membership during May of 2015!

During the May meetings throughout the country, DFW members were educated about the mission of RIPPLE Africa and specific details surrounding the cookstove project. Two excellent videos were produced by Geoff and his team (see below)—the first demonstrates Malawian women utilizing the Changu Changu Moto while cooking some of the very recipes that DFW members were themselves enjoying and the second outlines the environmental and health-related issues associated with use of the traditional three-stone fire.

As an added bonus for many chapters, a number of U.S. based RIPPLE Africa volunteers and devoted supporters attended nearby DFW chapter meetings to advocate on behalf of the organization and the cookstove project. Personal accounts of time spent in Malawi were shared by Will Adams, Ali Gaskell, Duncan Allison, Kelly Rose and me, putting a face to both RIPPLE Africa and the Changu Changu Moto project. It was a wonderful opportunity to share our experiences with such a like-minded audience and we really appreciated the warm welcome each of us received throughout the country!

Will Adams sharing his experiences with a San Francisco DFW chapter

A very special thank you to Dining for Women for believing in the merits of our cookstove project and to the RIPPLE Africa team who so enthusiastically shared the great work of the charity with DFW members! If Dining for Women sounds like a group you’d like to explore, I strongly encourage you to visit their website to find out more. 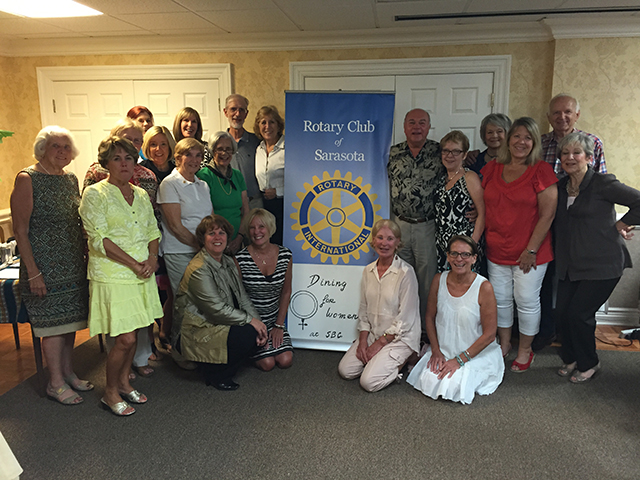 A co-ed DFW chapter located in Sarasota, Florida, that began as an extension of a Rotary Club