A Visit to RIPPLE Africa

This was my first visit to Malawi and RIPPLE Africa (RA). During a two and a half hour drive north from Lilongwe paralleling part of the western shoreline of Lake Malawi, which is 560km long and 75km wide at its widest point, with a average depth of 292m, I quickly came to appreciate the size of Africa’s third largest lake. Also apparent was the scale of deforestation for land clearance and firewood that had taken place and was self evidently ongoing. There was a constant haze throughout my stay largely caused by land clearances and cooking fires. Over 80% of the 18m Malawians still cook on open fires. 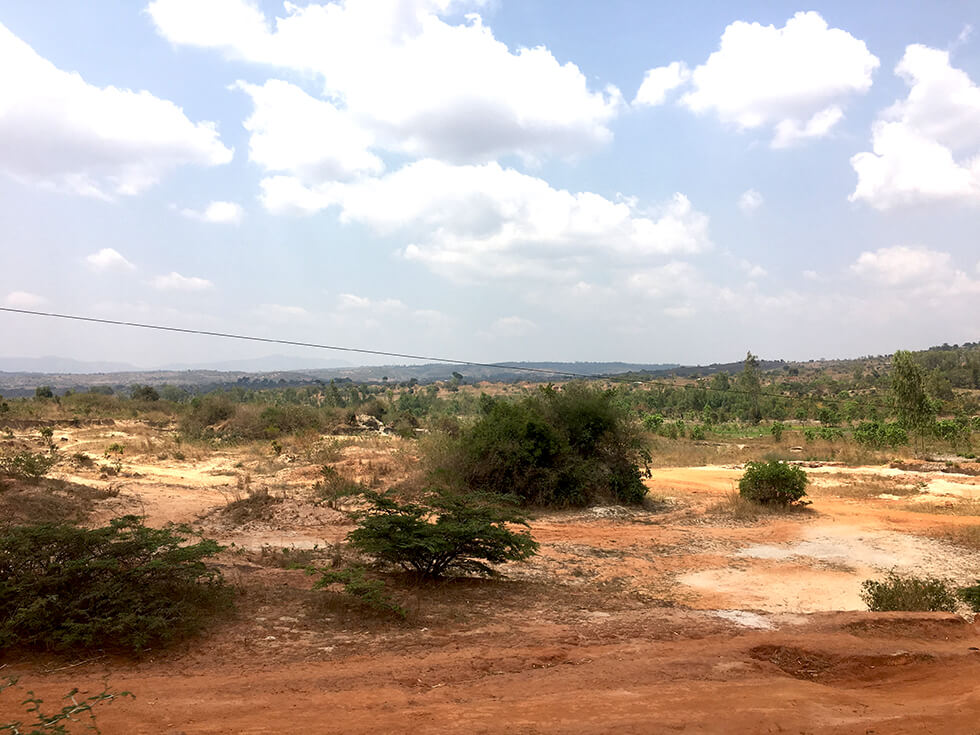 Myself and two travelling companions met with Geoff and Liz Furber, the Founders of RIPPLE Africa (RA) in Mzimba and we then went straight to the local District Fisheries Office to meet key staff and to see a pile of confiscated illegal fishing nets, each made out of circa 50 mosquito nets. These had been distributed to Malawians by well meaning charities to fight malaria. Over 9m had come into Malawi from the USA this year alone. The Malawians simply sell the nets on as a source of money for food and the fishermen then make them into cheap fishing nets that catch everything including the fry in a totally unsustainable way.

Geoff over the following four days proved a whirlwind of enthusiastic energy, a force for change, both physical and cultural, whilst Liz stoically kept him anchored to planet earth. Malawi is relatively politically stable and law abiding which works in RA’s favour. One can travel and operate very freely and safely by African standards. On the other hand the country is one of the ten poorest in the world; the Government bureaucracy is bloated, inefficient, and there is no money.

So what does RA do? Well everything it says on the “tin”. We saw plenty of evidence on the ground that it is working. See: RIPPLE Africa

Geoff and his committed team of Malawians understand and work with the local hierarchy of Government, Tribal and Village elders, making simple, persuasive, logical arguments as to why it is in the community’s interest to fish or extract timber sustainably. Through simple persuasion, ongoing support and subsequent results RA enables local communities to understand their particular environmental problem and gives them workable solutions that achieve results. With such evidence the local people through self-interest are motivated to protect their environment. 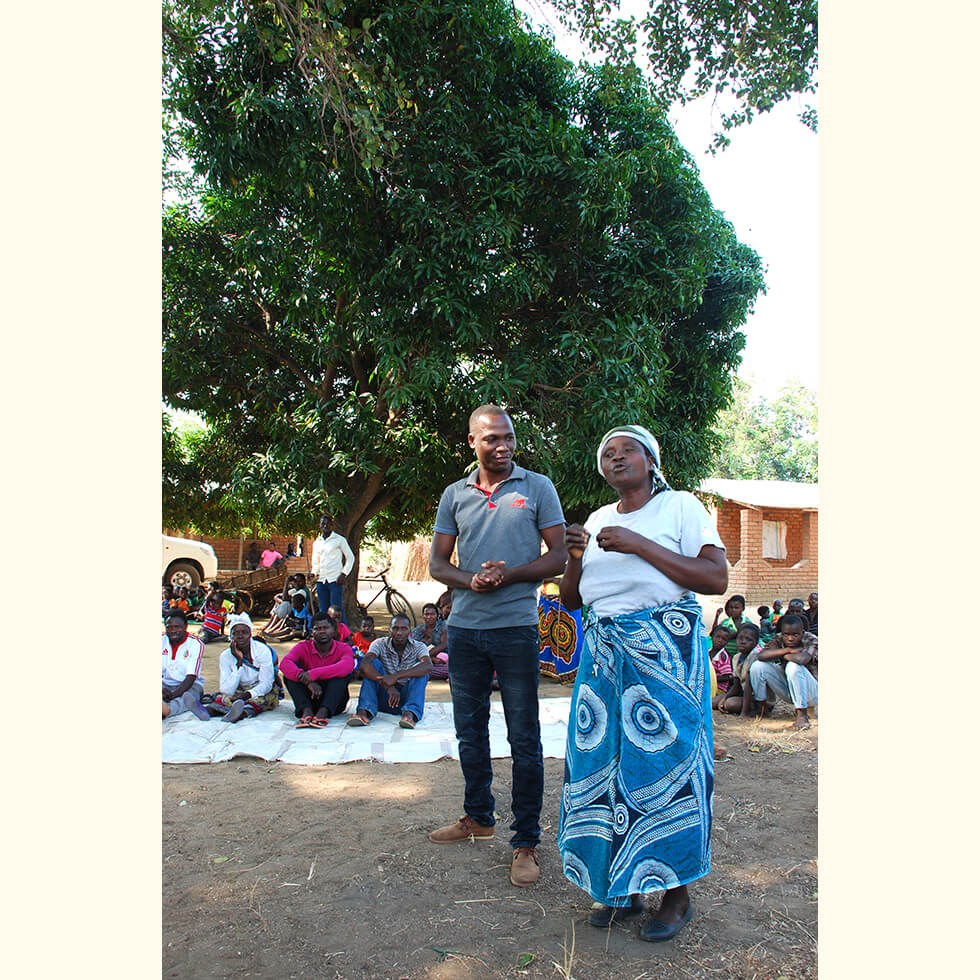 RA is working with village communities to protect their fish stocks and is helping to shape byelaws in two districts along Lake Malawi’s shoreline. With more resource, RA has the leadership and capacity to work effectively in all districts along the Lake. Potentially RA could take on circa two new districts a year. For each district it probably will take £200K in the first year with set up costs and £100K pa for the following 4-5 years to effect cultural and behaviour change to ensure that the fishing becomes sustainable and the fauna, much of it unique to Lake Malawi, survives. Geoff & Liz’s right hand man in the country is aptly named Force. He is as committed as they are. Force has the capability and gravitas to implement such growth if the funds are forthcoming.

A similar model has been promoted by Geoff, Liz and Force in terms of forestry conservation. We attended a village meeting, this time with a Forest Conservation Committee in Kandoli, north of Nkhata Bay. The committee reported their achievements to local government and forestry officials in front of their village to much applause. The light bulb moment came when we were asked to look at the mountain slope which had been deforested and was now re-greening with tens of thousands of newly planted, protected trees. 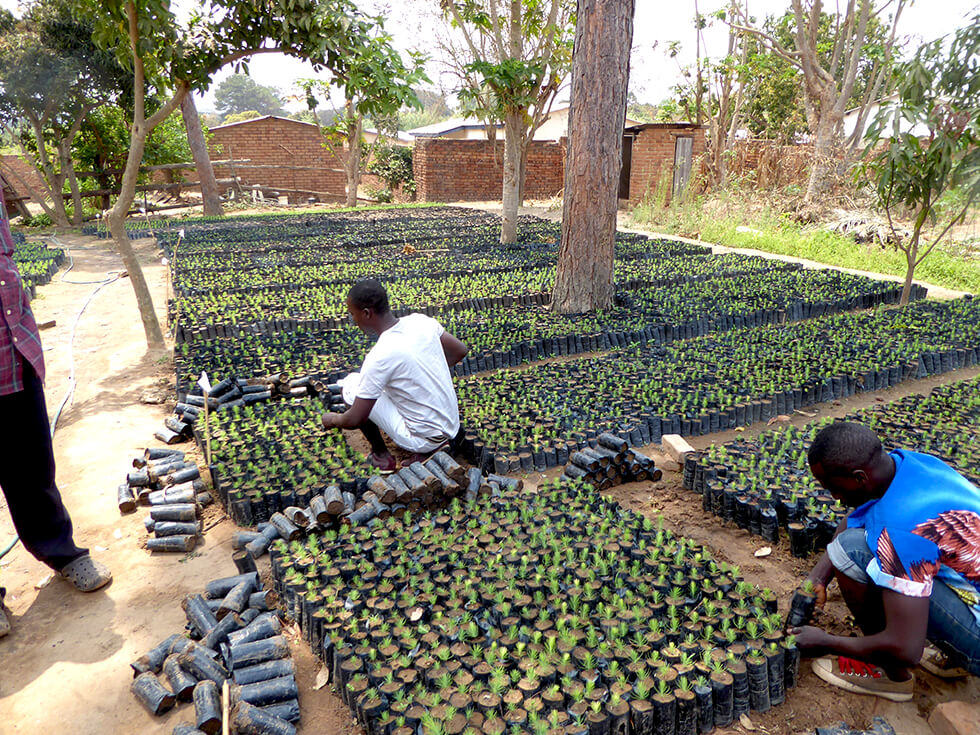 Another success story has been the development of a 26 brick fuel efficient cookstove. Over 40,000 are now installed and in use in homes in two districts. The Changu Changu Moto (Quick Quick Fire) requires a third of the wood used previously to cook a meal, reduces smoke inhalation and the accidents prevalent with the traditional three stone open fires. Some women villagers we spoke to had been walking for 5 hours a day to collect firewood, so the new cookstove had saved them valuable time. In more urban areas where people either paid for firewood or even charcoal the stoves were saving money and ultimately reducing the rate of deforestation and air pollution.

RA also supports eight pre-schools and six primary schools as well as a thriving little library in the vicinity of its “home base” at Mwaya Beach on the shore of the lake itself. It has also built a secondary school and supports local health facilities. This ensures RA is truly embedded in the community it operates in, and having been operating since 2002 it is a trusted NGO with credibility as opposed to the quick fix wonders which breeze in and then disappear. RA’s differentiation beside “a help up as opposed to hand out” ethos is that it is definitely there for the long term.

Most of RA’s costs revolve around vehicles and staff. Momentum is only maintained through repeated on the ground presence over large areas, attendance at many many meetings and encouragement. Teams of outreach workers support nascent conservation committees, encourage villagers to change to the Changu Changu Moto ovens, plant and protect trees, support fishery protection patrols, protect fish breeding areas and influence Government policy. The management accounts are the best example of any in situ NGO I have seen. The whole organization is focused on prudent expenditure and value for money in terms of the results it is producing. RA knows how it spends its conservation $! 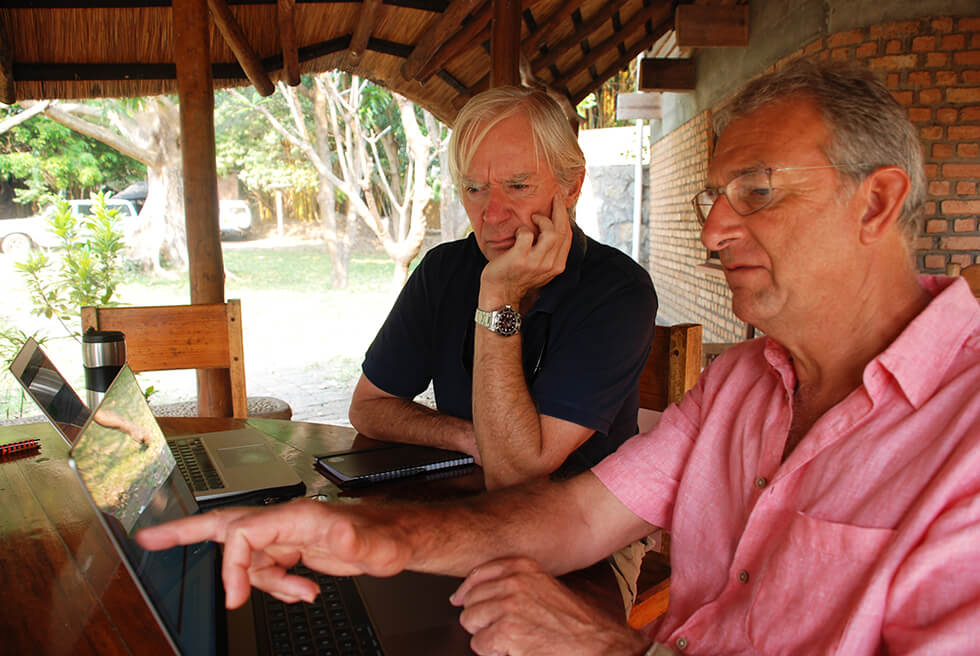 If you want to volunteer (health, education, construction, fisheries etc) the accommodation at Mwaya allows you to recharge your batteries in the most beautiful settings and Geoff & Liz pour a generous Malawian G&T, but be sure, you will have earned it. Geoff’s drive and indefatigable passion to make a difference makes no allowance for slackers.

This is a very impressive and inspiring charity making a real difference. It deserves all of the support it can get and I am pleased YWPF is helping a little in its work.