The return of the Chimwi fish to Lake Malawi 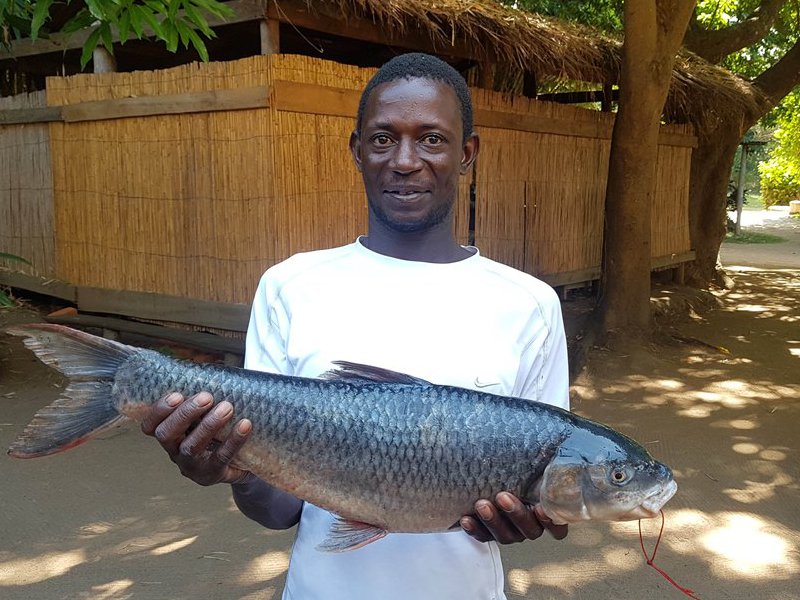 On 13th June 2019, a local fisherman, Clement Chirwa, brought a large fish that we had not seen before to sell to us at Ripple Africa at Mwaya Beach, Nkhata Bay District on the shores of Lake Malawi. The local name of the fish is Chimwi and others have called it a Labeobarbus. It measured 63 cm and weighed 3.6 kg. The Ripple Africa community-led Fish for Tomorrow programme started in 2012 and, since then, fishermen are catching more fish and larger fish, and fish that had disappeared are returning. This is helping the local communities and the biodiversity of the lake.

Clement Chirwa, the fisherman who caught the rare Chimwi fish on 13th June 2019

Clement Chirwa has been a fisherman for seven years and, during that time, has often struggled to come home with a decent catch. In the past couple of years, his catch has improved enough so that he has been able to build his family a home with iron sheets, and pay for school uniforms for his four children. He is used to catching catfish so when he set his hook lines this week, Clement was not expecting to catch such a Chimwi fish nor one so big.

With only a dug-out canoe, Clement will venture into Lake Malawi during the early evening to set the hooks, returning the next morning. On Thursday morning, Clement said, “I was so excited when I saw the big fish. This is the first time that I have ever caught something so big. I usually only catch a few catfish, and sometimes I return empty handed.”

The Chimwi fish weighed 3.6 kg and measured 63 cm long, and Clement said, “People in the village were shocked to see such a big fish again. Many had not seen this species of fish for more than 15 years and for some it was their first time to see this fish.” 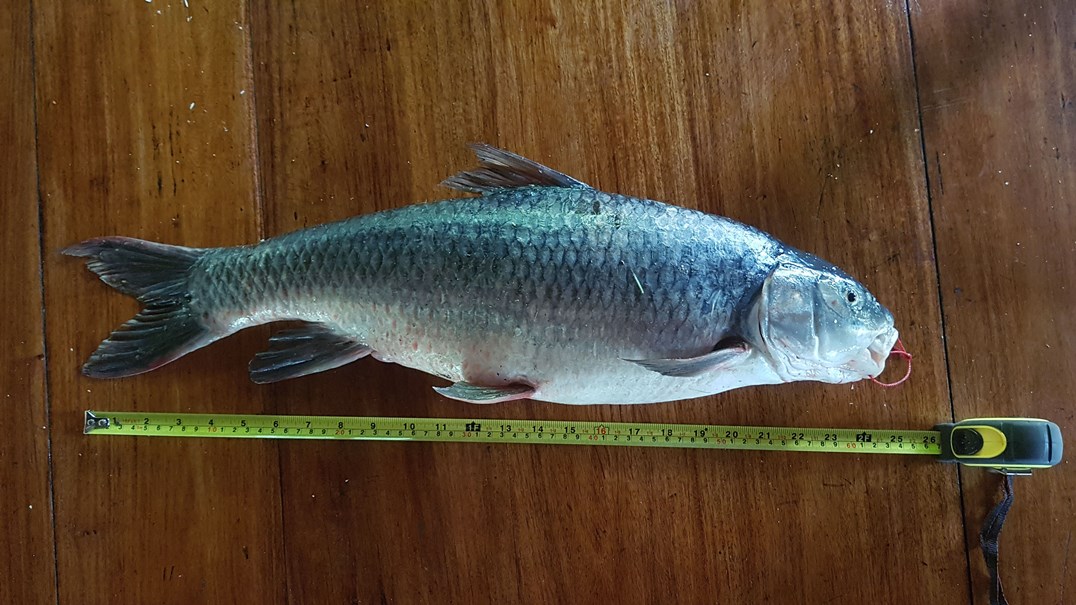 Dan, 36, who bought the fish, said, “This is my first time to see this fish. Everyone said it is very rare but very tasty so I wanted to buy it for my family. We are nine living at my house so it will feed all of us.”

Morton, 49, said, “I have never seen this fish before in Malawi, only in Zimbabwe in a man-made lake back in 1996. This is a positive sign that fish are returning to Lake Malawi.”

He said, “I sold lots today but kept a few fish to celebrate with my family. The Chimwi fish would have fed my family for three days but I can save the extra money for emergencies. I am very happy to be the one to catch such a big fish, and I hope to catch more fish like this soon.”

Clement is 35 and lives at Katenthere village. He didn’t finish primary school and dropped out in Standard Four because his parents couldn’t afford the fees. With no education, Clement learnt to fish and has now taught his younger brother to fish too.