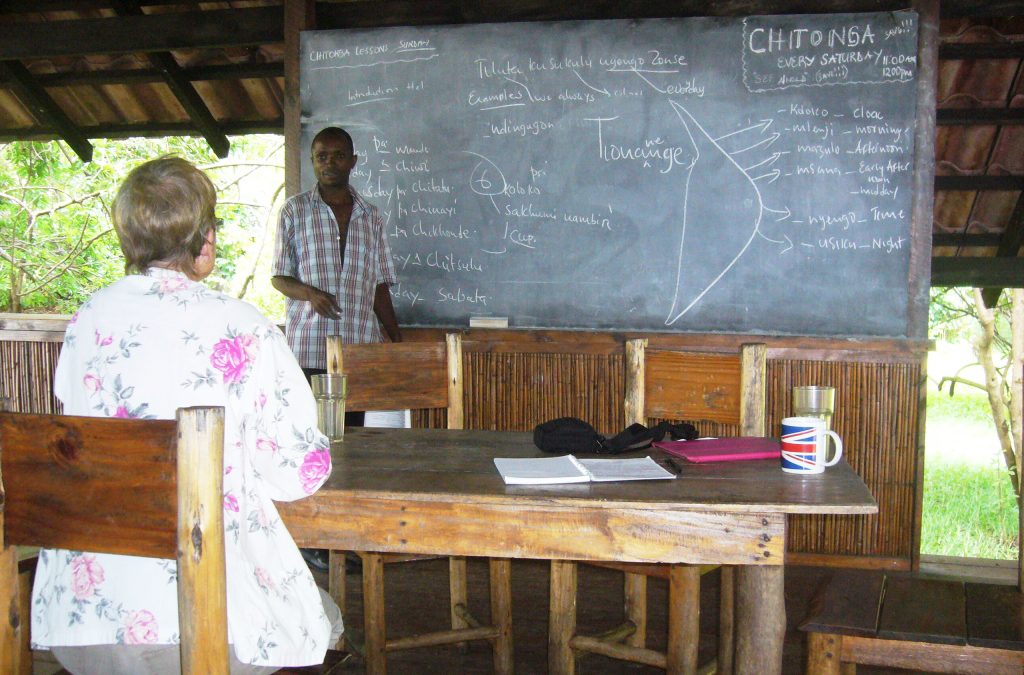 Volunteer Charlotte Nicklin writes her first story about settling in at Mwaya, Malawi and her volunteering experience so far. Stories written by other previous RIPPLE Africa volunteers can be found on the Volunteers’ Stories webpage.

Judith Ward and myself met at Lilongwe Airport on 4th January 2016, and reached Mwaya later the same day as the only 2 volunteers to be with RIPPLE Africa for the known future.

Judith is English, lives in France, and has many years experience of teaching English as a foreign language to students of all ages, and is here at RIPPLE for 3 months.

I am a physiotherapist, with much diverse hospital experience, however I knew that I wanted to have as broad an experience as possible, especially as my first time ever in Africa, so hoped I could gain experience of volunteering across several areas that RIPPLE is involved with, not just healthcare, with my stay planned for 6 months.

We’re a month gone already, and have had time to now make all the typical early stage volunteer adjustments that I’m sure nearly all volunteers make coming here to Malawi. For example, trying to learn Chitonga, navigating our way round (me relying on Judith a lot as I have no sense of direction!) by foot, minibus or bike, even when the heavens open which is most days during rainy season which is December-April. I never leave home without, and am nearly always wearing, my gorgeous (purple!) waterproofs which generally only protect your clothes from a layer of mud rather than actually keep you dry.

We’re adjusting to not only the rain, but the hot sun, and the spectacular storms particularly at night that light up the sky with both thunder and lightning.

Rainy season and the joy of waterproofs!

We’re also aware of how much as Westerners we take for granted everyday tasks. Simply turning on a tap for water – most Malawians don’t. The local area around Mwaya Beach has a number of fresh water bore holes that provide clean water to use, however it does still need to be pumped from underground and then carried back to their homes in containers, typically on their heads, every day.

For the first time in 10 years there have been more than 150 cases of Cholera in the local area (according to local radio news), so clean water is more important than ever, and we are aware of being vigilant with basic hygiene to prevent problems for ourselves. It’s also one of many good practises that are instilled into the children through handwashing at Pre-Schools prior to eating or drinking. Every activity that normally involves flicking a switch for electricity, generally is not available to most families here, so the rhythm of the day for them and now us, is governed by the rising and setting of the sun to optimise available daylight hours.

Lining up to wash hands at Katenthere Pre-School

Shopping for our food is also a thing that cannot be considered straightforward, as without refrigeration, food perishes quickly, so the need to pick up a few items of fresh food, tomatoes and bananas can be a daily necessity, whether from village stalls or just the roadside.

So we’ve done all that and much more besides, but more now of what projects we are getting involved with.

We have been attending a mixture of Pre-School’s, Mwaya Primary School and Kapanda Secondary School daily, all heavily supported by funding from RIPPLE Africa for either actual buildings, to pay for some of the teacher’s salaries, for items of equipment or for the tea given at the end of the morning at Pre-School.

The content varies hugely, but education is considered very highly here, and staff and students alike have many challenges of resources that would be considered impossible in western schools, not simply the high ratio of students to teaching staff, which in Pre-Schools may be 35:1 children under 6 years, Primary School may be 100:1 students, and Secondary School can be 60:1 students. The actual resources including desks/chairs and classrooms available to use, books that have to be shared (1 between 5) adds another layer of difficulty when studying Romeo and Juliet as an English text for Standard 7 students at Kapanda and different teaching and learning techniques are needed. I’m learning a huge amount from both Judith and working with the other teaching staff, who’s motivation and commitment is outstanding.

I look forward to highlighting some individual stories of interest of the current and ongoing projects that RIPPLE Africa supports over the coming blogs, and hope they will be as interesting to read about as they are to be experiencing first hand.